Recently, I came across a news photo feature in one of the leading Kashmir based social media news portals that showed an assortment of pictures of young teenage Kashmiri Muslim girls practising cricket in a sports stadium in Srinagar, dressed in trousers and tracksuits along with Covid-19 protections such as masks. One would think that Kashmiri society at large would encourage such sporting and immunity boosting activities among our young female population, and yet, shockingly, most of the comments from young Kashmiri Muslim men and boys were extremely vulgar, tasteless and patronising. Calling these girls “shameless”, “shameless girls of shameless parents” and “prostitutes”, who are not only shaming the name of their family and Kashmiri society but also of entire Muslim community by participating in such “shameless” events that promote “Zina” (extra marital affairs). 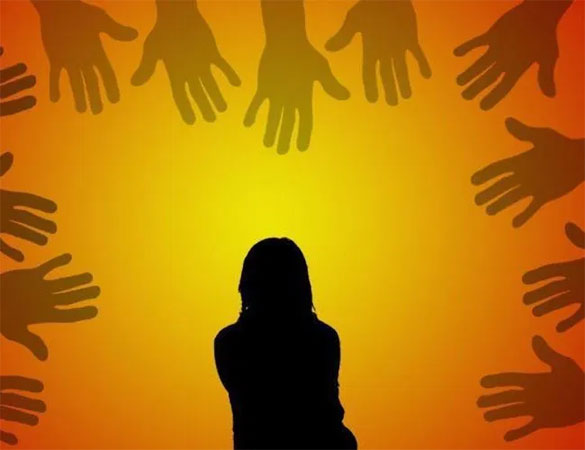 The question that emanates from this kind of rogue mob behaviour of Kashmiri people is something that we as a Kashmiri society know it all very well but hide and suppress for a variety of social and political reasons that have not only emboldened anti-social, undisciplined and rogue elements of our Kashmiri society but have also stopped us from dealing with the problem, thereby strengthening the evils of the patriarchal system.

It is very important to understand that politics and religion play an important role in our collective denial of the evils of patriarchy that has made life of Kashmiri Muslim women miserable. In our efforts to further the narrative of painting our “enemy” as bad, we as a Kashmiri Muslim society have defined image of our “enemy” or “other” as a characterless, immoral and unethical non-Muslim entity, where rapes of women, molestation, drinking of liquor, prostitution and such other “un-Islamic” activities such as songs and dances happen, while Kashmir being a “Muslim” entity, no such evils associated with so called “non-Muslim” entity happens here or for that matter in any Muslim society.

There are of course complicated political reasons for weaving such narrative and then believing collectively in it, as it portrays us Kashmiris as pure, pious and virtuous, and our “enemy” as immoral, decadent and impure. It might help to sooth our collective political grievances but does it really help our Kashmiri Muslim women and their daily lives?

Talk to most young Kashmiri Muslim women, whether studying in colleges in Srinagar and other cities or living in small towns and villages, and tales of eve-teasing, sexual harassment, molestation and even rapes abound. Our Kashmiri Muslim women complain of routine inappropriate touching in public transportation and even on religious fairs and gatherings, which they have now accepted as part of life because complaining about the same would invite no sympathy or empathy from Kashmiri society but only slut shaming of the victim herself. There is this false narrative which forces people to push the agenda of not talking about social evils of Kashmiri society, so that it does not in any manner dilute the image of Kashmiri Muslims as an oppressed and helpless people.

But the important point that we as a Kashmiri society tend to ignore is that in modern times any community is judged by how it treats its own vulnerable groups like religious minorities, women, tribal groups, lower castes, etc. On nearly all these fronts, we as a Kashmiri society fail miserably. The controversy surrounding a young and extremely talented Kashmiri Muslim actress, who won many accolades and fame by acting in Hindi movies and even winning the National Film Award, eventually resulted in her very public decision of taking retirement from movies after a massive backlash by Kashmiri society because the same was supposedly prohibited by Islam. It ended up portraying the Kashmiri Muslim society as a religiously radical, socially conservative, regressive and backward community that is still living in medieval era with outdated concepts of modern life. Prior to that, a few years ago, a music band of young Kashmiri Muslim girl was also publicly criticised for indulging in “shameless” and “un-Islamic” behaviour, forcing them to withdraw.

In all of these anti-women societal behaviour, the Kashmiri Muslim society has dragged the name of Islam, while not explaining as to how come such artistic and sports endeavours for Muslim women citizens are part of the national mainstream of all Muslim majority countries including Saudi Arabia, Turkey, Islamic Republic of Iran, Pakistan, Bangladesh, Central Asian Muslim nations, Indonesia, Egypt and even Afghanistan.

Countries like Iran, Turkey, Pakistan, Indonesia and Egypt have a thriving film industry with a long history of Muslim actresses and so has the Hindi movie industry. Muslim women citizens in all these countries are part of their respective national sports team and even compete internationally including in Olympics and Asian Games. Do the Muslim men in these countries also call their Muslim women as prostitutes for pursuing careers which are perceived as “un-Islamic”?

Why has Kashmir fallen so back among all progressive Muslim societies in such a short span of time that things which were part of Kashmiri culture like singing folk songs, Kashmiri Sufiana music, Kashmiri rouf dance, Kashmiri celebratory Eid songs all have now been declared “un-Islamic”? Why no one questions that Kashmiri women, who have always dressed modestly, are now covered in culturally alien Arabic and Iranian hijabs and abayahs?

The collective denial of the fact that Kashmiri Muslim society suffers from the same social evils as the so called “enemy” has made us deliberately complacent in admitting our social faults and thereby allowing these social wounds to fester.

The result is for all of us to see. Kashmiri Muslim women are now the largest Muslim female drug addict community anywhere in the Muslim world; thousands of Kashmiri Muslim women have crossed the age of marriage and many hundreds are trapped in violent marriages subject to physical beatings and other harassments that have resulted in a spate of suicides by many Kashmiri Muslim daughters-in-law.

The question therefore is, what will it take to shake the conscience of Kashmiri society to recognise these social evils and then accordingly deal with them, rather than politicise them to the detriment of our own sisters and daughters.

Javed Beigh is an aspiring politician, political analyst, and columnist.