Hijab, Muslim Women and the Question of Choice

1.    Through the World Hijab Day, the veil is being promoted as a question of choice and freedom.

2.    The event has support of various Islamist organizations.

3.    Secular reasons in favour of the hijab are now being adduced which are all bogus.

4.    The prime reason for the adoption of the veil is religious as it is commanded in the scriptures.

5.    And the scriptures do not mention the veil in relation to freedom or choice.

6.    It is good that such events are now being resisted by Muslim women themselves.

February the 1st is promoted as the World Hijab Day by groups of Muslim women. Initially, the location of such women was in a couple of western countries but now the ‘movement’ has acquired a global momentum with women from the Muslim south also participating enthusiastically in the event. For diasporic women, the impulse seemed to be to normalize the hijab within western countries. They argued that women’s bodies should not be policed: that wherein there was a lot of pressure on European and American women to look and dress in a ‘particular way’ but then this desire to conform to the male gaze was never being questioned as an imposition. So, if women were free to choose the bikini, they should also be free to don the veil. The veil, therefore, got promoted as a question of exercising choice over Muslim women’s bodies. The numbers that were advocating for the veil was a miniscule fraction of Muslim women living in the west. Most ignored the calls or were indifferent to it.

But the matter did not rest there. Today the event draws thousands of Muslim women advocating the use of veil by positing it as choice and freedom. But that’s not all; the event now extends to non-Muslim women too with Muslims inviting them to experience the ‘freedom’ that comes along with the veil. Today the event cannot be said to be a quaint little affair which earlier invoked a quaint curiosity but is now fed by multiple Islamic and Islamist organizations across the globe who want to promote the “Muslim way of life”. And they think that the best possible way to showcase this particular way of life is through the veil. Like any right-wing movement, Islamism also targets women’s bodies and movements to promulgate their vision of society.

There are a number of reasons which are adduced in favour of the veil. All of them are bogus and do not stand to scrutiny. It is said that the veil lends respect and honor to women by marking them off as someone to be “protected”. On certain Arabic channels, it is not unusual for men to compare unveiled women to naked “pieces of meat”. Veiled women are compared to “precious fruits” while unveiled women are those who have no “value”. But as we can notice, this conversation, which mostly excludes female voices, is basically about a particular fantasy of Muslim men rather than about protecting women. Women are desirable only to the extent that they remain the absolute sexual property of men; therefore only “they” should see the women according to their desire. What escapes the minds of these gentlemen that the way in which they are looking at women is itself problematic. Women do not need to be covered up in order to respected and honoured. For that to happen, she just needs to be treated as a fellow and equal human being. It is not the veil which gives women honour; rather those societies which enforce the veil or burqa also happen to be the most regressive countries. 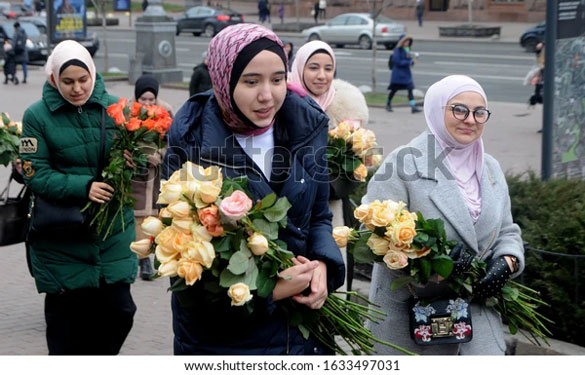 Another argument that is given in favour of the veil is that it protects women from unwanted male attention and hence is a deterrent against sexual violence. This kind of reasoning again puts the blame on the victim. Rather than reforming men, it in fact argues that women invite violence on themselves by being unveiled. Moreover, there is no evidence to prove that in societies which enforce the veil or the burqa, there are negligible instances of violence against women. In fact, the obverse may be true. Violence is so endemic in such places that women lack the courage to report such instances otherwise they themselves become the object of ridicule and harassment.

Such arguments in defence of the veil therefore lack any substance. Instead of saying clearly and expressly that veil is a commandment of the Islamic religion, Muslims are trying to find secular reasons to justify it. But it just doesn’t convince anyone. That the veil is commanded in the Quran can be gleaned from the following verse:

“And tell the believing women that they should lower their glances, guard their private parts and not display their charms beyond what is acceptable to reveal; they should let their headscarves fall to cover their necklines and not reveal their charms except to their husband, father, husband’s father, son, husband’s son, slaves, male attendants who have no sexual desire or children unaware of a women’s nudity; they must not stamp feet to draw attention to any hidden charm.” (Q 24:31)

It is clear from the above verse that women are expected to be “modest” in Islam and the prescribed way for doing so is to put on the veil. What is also apparent from the verse and many of the hadiths is that women are considered as the source of male temptation; that it is they who through their charm entice Muslim men. And according to the writers of the scriptures, the best way to curb such temptation was to cover up women. What is the fault of Ashraf Ali Thanwi when he advises Muslim women in his Beheshti Zewar to talk in hushed tone so that their voices are not heard by unrelated men and become a cause of temptation! For this is what the standard Islamic tradition thinks of women: as someone without any individuality and agency whose sole purpose is to please men and procreate. The very fact that Islamic jurisprudence considers the testimony of two women as equal to one man proves that the religion treats them as deficient and inferior to men. 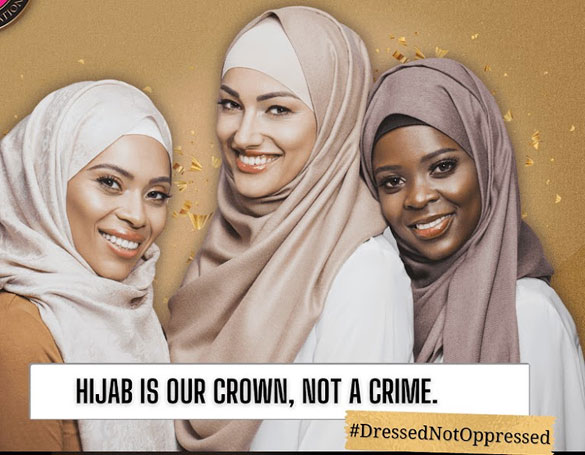 Coming from such a theological context, the argument that hijab is freedom and choice does not seem convincing at all. Moreover, all such women and allied organizations never argue that Muslims should also have the freedom and choice not to wear the veil. There is all round silence from such groups when the veil is forced by Islamic regimes in Saudi Arabia, Afghanistan, Iran and Aceh.

It is heartening that Muslim women are themselves resisting such characterization of the veil and rejecting it as a fabric of oppression and imposition. In contrast to the ‘World Hijab Day’, we now also have ‘No Hijab Day’ which highlights how this piece of garment has become synonymous with the docility and sexualisation of Muslim women.

It is very convenient for Muslim women located in the west to fetishize and celebrate the hijab; but a very different story in the global south where hijab and purdah have become synonymous with masculine Islamist violence.