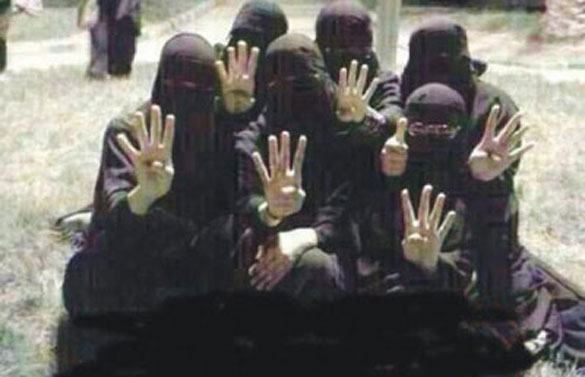 The female students who launched a Twitter campaign encouraging polygamy as a means to control the increasing rate of spinsterhood in the Kingdom. — Courtesy photo

•  Some Saudi Women Defy Driving Ban In Day Of Protest

•  Iceland Best Place to Be A Woman; Philippines Ranks High In Gender Equality

•  Rubana of Bangladesh among BBC’s 100 Women

DHAHRAN AL-JANOUB — A number of female college students here have launched a campaign on Twitter calling on men to have multiple wives in line with the Shariah to end the problem of spinsterhood, an Arabic newspaper reported Friday.

The girls urged men who are financially and physically capable of being polygamous to take multiple wives. The campaign has elicited a lot of criticism, praise and, in some cases, mockery.

Users on the micro-blogging website Twitter were divided in their reactions to the campaign. While some agreed that marrying four wives will eradicate the high rate of spinsterhood, which was reported to reach over a million in 2012, others, especially women, were completely against the campaign.

Sultan Al-Subaie, A citizen, said if a man has one wife, he should not take another because this will bring a lot of unnecessary problems in the family.

Echoing his view, another user said a man should only wed a second wife if he knows for sure that he can treat both with complete fairness and justice.

Samia Al-Dandashi looked at it from a different way. She believes if men marry up to four wives and each wife has an average of eight children, the country will face an overpopulation problem.

“Spinsterhood might be solved but the problem of a population swell will arise,” she said.

Makkah came first with the highest rate at 396,248 unmarried women and Riyadh and the Eastern Province came second and third with 327,427 and 228,093 respectively.

The study cited high dowries and hard economic conditions as the two common reasons why the spinsterhood rate was high in some parts of the Kingdom.