The Hijab: Power and the Headscarf

The "Hijab" is a very complicated piece of cloth. Since its inception a few millennia ago, it has carried with it many meanings. It has been an expression of male dominance, an act of religious piety, a manifestation of female oppression, a limitation to a female's power of seduction, an icon of cultural pride, a slogan of resistance to colonialism, imperialism and globalisation, an indicator of a worthy wife, an evasion of feminine competition, a marker of otherness and a discouragement to harassers. Different meanings constructed in different epochs for different social and political reasons by different actors with different motivations. 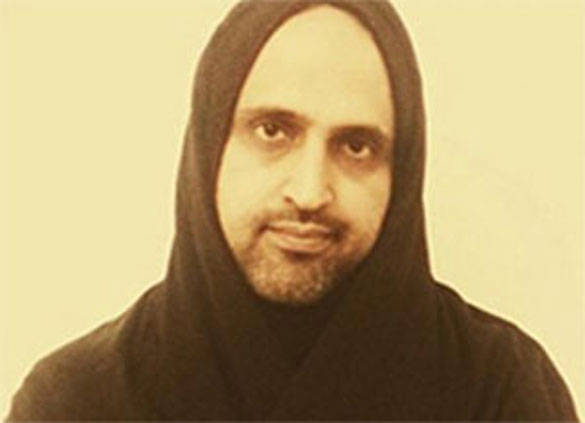 If anything, this makes it quite difficult to speak of the "Hijab". Instead, one ought to speak of "Hijabs", each using a "cloth" but each assigning to it so many meanings that it is impossible to make any generalisation, no matter how mild it may be. It is worth noting that every generalisation I make here has multiple exceptions.

Yet despite those many differences, there seems to be one constant about the Hijab: it is about women and for women; only women. Men do not put on a Hijab. They may cover their heads or even their faces, but that is another thing. The Hijab is not the cloth that covers a head, or hair, or even the face. The Hijab is something else altogether.

A Man in a Hijab

Just over a week ago, I was engaged in a discussion about female sexual harassment. My argument was that harassment – just like many sexual crimes – was not a function of natural seduction, rather a pathological expression of power (in a way most expressions of power are pathological). The Hijab cannot, therefore, protect women from the violence of men's sexuality. The Hijab was most likely incepted as an expression of men's power over women.

To sum up my argument, I tweeted: "A world in which women rule, men shall wear the veil." And to drive the point home, I put on my daughter's abaya, took a picture of myself, and used it as my profile picture on Twitter and Facebook. My intention was to remind people that the Hijab was originally an expression of power, and that had women ruled, things might have been different.

The comments I got were revealing. Some women and men interpreted it as a stance of solidarity with women. Some thought I was objecting to the very idea of Hijab. Some even flirted. There were also angry comments. It was as if I was posing nude in Times Square.

I tend to think that what angered some is the fact that I, for a fraction of a second, may have blurred the gender differences between men and women. I may have reminded men and women of the dominance one has over the other. Both are disconcerting. Maybe this is why in some religious traditions it is sinful for a man to dress as a woman, or for a woman to dress as a man, in other words that it is sinful to blur the constructed gender differences.

A Brief History of the Hijab

The Hijab is a very old practice. The Assyrians, the Babylonians, the Persians, the Greeks and the Romans all had certain forms of veiling. So too did the Jews and the Christians. So although people today associate it with Muslims, in reality, Muslims inherited the practice and its meanings from other cultures.

In the beginning, the Hijab was mainly about class. Women of the upper classes had to wear it so as to be distinguished from lower classes. Such women belonged – in a literal sense – to the noble class and the Hijab branded them. By being branded as such, she was also protected. Men would tread carefully before they harassed a woman who belonged to an upper class. To keep the class function of the Hijab, laws prohibited women of lower classes to wear it. If such women wore it, they were punished.

In some traditions, the veil explicitly indicated that the wearer belonged to a husband. In others, it signified the authority of the male. Then there were those who blamed Eve for having men banished from heaven and thus demanded that a woman hide her allure. So when Muslims came on the scene, they already had a very rich reservoir of meanings associated with the Hijab, which they adopted with some modifications.

Muslim women wore the Hijab to show that they belonged to the class of new believers. In the early years of Islam, this protected women. A woman also wore the Hijab to preserve her beauty for her husband, who owned her and her seductive capacity. Moreover, the Hijab was not a universal practice, nor was its purpose to diminish seduction in a public space. Slave women – who were many – were not obliged to wear a Hijab. They could even walk in the streets with their breasts out. Hijab was mainly a class issue amongst Muslims, in the same way it was with previous communities.

The historic meanings of the Hijab dominated till the late nineteenth and early twentieth centuries when some colonisers decided that it was their duty to liberate women in their colonies. One of those was Lord Cromer, who considered the Hijab to be the epitome of women's oppression in Egypt. Interestingly, back in England, Cromer was part of The Women's National Anti-Suffrage League, which worked to stop women from getting full voting rights.

Cromer practically ruled Egypt from 1878–1907, thus the discourse generated by his opinions and positions vis-à-vis the Hijab greatly impacted the way many Westerners and Muslims/Arabs viewed the Hijab. He contributed to the birth of the view that the Hijab was a symbol of social oppression and backwardness. In return, local Egyptians – and then other Muslims – reconstructed the Hijab as an emblem of identity and a sign of resistance.

The Hijab became part of a cultural identity for communities whose sense of self was lost due to the violent disruption of colonialism. It also became a way to assert rejection of the coloniser. The Hijab developed related meanings when some Muslim elites and rulers adopted the view that the Hijab was a sign of backwardness and fought it in their own countries. In addition to its new meanings for identity and resistance, it also broke away from its class origins. Instead of being a dress for higher classes and imposed by higher classes, it now became a dress for the common people and a sign of social modesty.

Furthermore, a new meaning was created when Islamic parties were set up. Now, the Hijab became a sign of belonging to the party, and the widespread presence of the Hijab became an indication of a party's communal authority. The most recent important development in the history of the Hijab was when France banned its use in public places. Although this did not add any new meanings to those that had already existed over the previous one hundred years, it did deepen old ones.

The Hijab also developed more mundane pragmatic meanings. Power and politics are not uppermost in the minds of many women who wear the Hijab. Most women are not even aware of its original and new social/political meanings. Some women wear it because, according to them, it protects them from harassment. Others say they wear it because it reduces the need to purchase a variety of clothes and to compete with other women in the fashion stakes. There are those who say it gives them better marriage opportunities. Men, they say, might like to flirt with pretty unveiled women, but when it comes to building a family; they prefer women who are modest and compliant. Other women say they wear it because God commands them to.

Moving Forward To The Past

In the beginning, there were humans. They had different physical features. That difference generated different expectations. Some humans were able to bring children into the world; a very important asset for survival. Other humans had stronger bodies and were better at gathering food.

As a result of a social process, about which no one knows anything, humans decided to become male and female. Males provided food and protection; females provided children. Then, as society developed and became more sophisticated, another difference was created. Females had to belong to males and to act in certain ways. Males had to belong to other males, but also to act differently to females and to other males as well.

Now we had man and woman; we had gender. Expectations were set; roles were fixed; characteristics were divided according to male and female; and borders were drawn between both. Individuals who sought to breakdown that barrier – such as homosexuals – were ostracised.

It may not be possible in the near future to move forward to our previous pristine state of nature where gender did not exist. Nevertheless, it is important every now and then to be reminded that our current state is in no way natural, nor healthy. It is vital that we cross the constructed boundaries between men and women. There are many ways of doing that in Western and Eastern communities. A man wearing the Hijab is one of them.