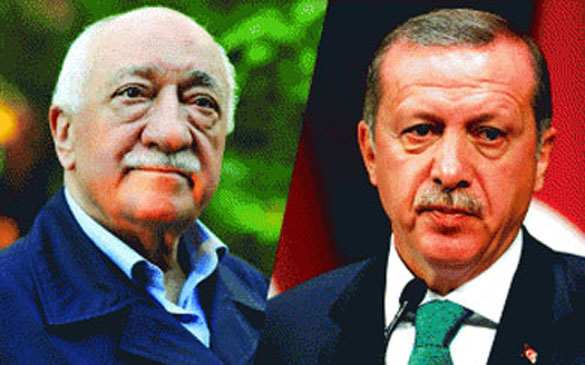 Turkish President Recep Tayyip Erdogan is slated to visit India from April 20 to May 1, 2017. This is his first foreign visit after the April 16 controversial referendum, which has transformed Erdogan’s rule from a de facto to de jure unfettered Executive Presidency. As Turkey slides into one man’s rule under Erdogan since December 2013 corruption expose, his visit to India with possible conferment of doctorate degree from Jamia Millia Islamia has an implication of securing a “democratic legitimacy and acceptability” to his rule at a time when the mature democracy of the West has largely shunned him.

President Erdogan is known to carry his personalised, domestic anti-Gülen agenda during his foreign trip. In all likelihood, he would push for his anti-Gülen agenda, including shutting down of  Gülen-inspired schools and coaching institutions in reciprocation of a promise to support India’s efforts for membership of Nuclear Suppliers Group (NSG), cooperation on anti-terrorism measures, and endorsement of India’s diplomacy of bilateralism on Kashmir issue. However given the closeness of Turkey-Pakistan relationship and in view of Erdogan’s affinity to political Islam, it is difficult to secure Turkey’s support to any of these concerns of India, including isolating Pakistan globally, beyond an empty promise.

A far more important issue from Indian point of view is impact of Erdogan’s visit on Indian Muslims. The failed military coup and its aftermath in Turkey have found its reverence among Indian Muslims too. The Turkish embassy in India has approached many prominent Muslims, Islamic scholars and institutions to mobilise their opinion in favour of the Erdogan Government and to denounce the Gülen movement — a faith-based world-wide Islamic civic social movement. It seems that a dominant section of Islamic and Muslim intelligentsia in India spread across Islamic institutions, universities and media appears to be supportive of at least the Erdogan  regime, if not its brutal crackdown and action over the Gülen movement.

What makes a section of Indian Islamic and Muslim scholars and opinion makers lend their support to the Turkish Government? A couple of observations can be made in this regard. First, the Sunni Hanfi Islamic position, the school of law dominantly prevalent in Turkey and in Indian subcontinent, derides any form of Islamic/Muslim opposition — whether real, constructed or imaginary — to “Muslim” Government and hence suppression of such opposition is considered lawful and legitimate act.

Second, in Sunni Islamic tradition, the religious authority (Ulema) enjoys subordinate position to political authority. The bureaucratisation of Ulema is a facet of political life in most of predominantly Sunni Muslim countries, including Turkey. Fatehullah Gülen himself was state appointed salaried imam in various public mosques of Turkey for 30 years before moving to the USA. Hence in the ensuing conflict between Erdogan and Gülen, the dominant Sunni Muslim public opinion would rest with the former.

Third, the prevalence of conspiracy paradigm among the large section of Muslim community on account of its marginalisation leaves them with nothing, but presents the event of December 2013 corruption expose, July 14-15, 2016 failed military coup and April 16 controversial referendum on Executive Presidency in Turkey as a “western conspiracy” to destabilise and defame the “rising”, “powerful” Erdogan regime. A history of Western opposition to such popular figures as Mosaddegh, Nasser, Arafat, Khomeini, Saddam and others confirms their conspiracy paradigm. Finally, the very possibility of revival of Caliphate under the Erdogan regime, which was abolished by the Kemalist regime in 1924, resonates well with section of formally, literate urbanite Muslims of India as it connects them with legacy of the Khilafat movement in early 1920s.

Political Islam of all varieties, including Turkish AKP, survives and thrives in the above context with its inherent anti-democratic moorings, though they may champion the modern idea of democracy and secularism for instrumental purposes. None other than AKP signifies this political trajectory of political Islam.

Besides, all traditions of political Islam have inherent tendencies to erode internal catholicity (humanism, spiritualism and pluralism) of Islam and transform it into an “object of an identity” and erect an identity marker discourses of Islam as “essential of faith” (such as jihad, Ummah, Sharia, Dawa, etc) with a consequence of contributing to the process of formation of Islamic radicalism and later its degeneration into terrorism depending upon the political context.

With his aspiration of becoming a political leader of Muslim world and in view of his Islamically lashed anti-West polarising discourses, Erdogan is fast becoming a source of Islamic radicalism across the Muslim world, a point noted by former National Security Adviser Shiv Shankar Menon in his latest work, Choices: Inside Making of India’s Foreign Policy (2016). It is worth quoting him, “If the global war on terror has been a failure, it is because it did not target the epicentres of Jihadi terrorism, whence terrorism derived its ideological, financial and state support — Saudi Arabia, Qatar, Pakistan and now Turkey’’ (p. 117-118).

On the other hand, the Gülen movement is the polar opposite to political Islamism. Within the specific Turkish setting, the Gülen movement is a nationalist social movement for “equity” and “social justice” for a large number of Anatolian Turkish Muslims brought through his sustained educational activism, which helped in bringing them into the mainstream of Turkish political-economic life. It refrained itself from directly participating in the “political” process as it considers that politics has inherent tendency to de-spiritualise Islam.

The movement contributes in two significant ways to counter the spectre of Islamic radicalism and terrorism. First, by focusing on quality education, dialogue and service ethics as Islam’s core values, the movement inculcates the value of humanism, tolerance and negotiation, which in turn produces a counter Islamic narrative against the discourse of Islamic radicalism and terrorism. Second, the movement outright rejects the binary, conspiracy and discrimination paradigm, mostly associated with political Islamists, and focuses on motivating, encouraging and generating confidence among Muslims to compete and participate in the modern global opportunity structure and values without fear of compromising his/her Islamic faith.

This helps in integrating the Muslim community in the modern structure of governance and economy. Third, this is the only Islamic movement in modern times, which, unlike other Islamic movements (political or non-political) that has produced a chain of faith oriented human resources and linked them with domestic and global opportunity structure, the relative absence of which among other Islamic movements has contributed in pushing a section within them towards Islamic sectarianism, radicalism and militancy across the globe.

It is for the above reasons and contexts that the mature democracy of the world and international community, while supporting resistance of Turkish people against military coup, remained circumspect in buying Turkish Government’s narrative of castigating the Gülen  movement as terrorist outfit (FETO) and later its crackdown on Gülen  movement linked people, business houses and institutions — more so  in the light of the fact that movement does not have a single incident  of participation in violence either by itself or by its volunteer, directly or indirectly, either within or outside Turkey during its entire history of existence of more than five decades.

Given this, the Indian Government must be cautious in responding to Erdogan’s anti-Gülen request from legal and political point of view but also must take into consideration the relevance of the Gülen movement for integration of Indian Muslims in the country. Sharing the legacy of Sir Syed’s educational reform, which, unlike the political Islamists, has immensely contributed to making of a sizeable section of Muslim middle class in post-Independence India, the Gülen movement is most aptly relevant for lifting the Indian Muslims from its mass illiteracy and identity-centred insular, conspiratorial, discriminatory perspective — often reinforced by the practitioner of “Muslim politics” as well as “secular politics”. The movement, drawing strength from within Islamic traditions, has strong ideational and action-oriented resources to self-critique, motivate, encourage and build confidence among Indian Muslims for participation in modern value system and structure of opportunity without being fearful of losing their Islamic faith.

The “fear of losing Islamic faith”, parallel to Muslims living under Kemalist Turkey, has long kept the Indian Muslim community away from participation in modern system of education, which ultimately proved disaster for the community as it came to lag behind all communities in public and private opportunity structure on account of its educational deficit, though popular discourse among Muslim and secular intelligentsia points out discriminatory practices by state agencies for this poor health of the community. All credible research and surveys, including the Sachar Commission report, have discounted the thesis of discrimination for low level of presence of Muslims in public opportunity structures, they rather point out the reason being low number of Muslim applications/participation for the same.