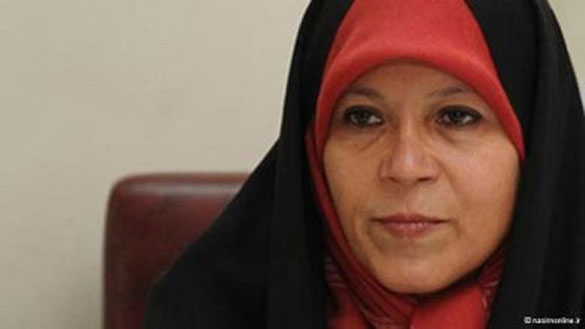 A house visit by a daughter of a prominent ayatollah to a female leader of the persecuted Bahá’í religious minority touched off a debate this week in Iran about the harsh treatment of a group deemed pagans and impure by the country’s dominant clerics.

The issue was raised last week when the Iranian news media reported that Faezeh Hashemi, 54, a daughter of the former president, Ayatollah Ali Akbar Hashemi Rafsanjani, had sat down for tea with Fariba Kamalabadi, 52, a Bahá’í leader.

Ms. Kamalabadi, was on temporary leave from a 20-year prison sentence imposed on her and six other Bahá’í leaders for spying for Israel. The United States State Department has condemned their imprisonment and called for their release along with other “prisoners of conscience.”

An official with Iran’s conservative judiciary, Gholamhossein Mohseni-Ejei, called the meeting “obscene and despicable,” and told reporters on Wednesday that he was planning to take Ms. Hashemi to court.

Ms. Hashemi and Ms. Kamalabadi became acquainted in 2013, when they shared a prison cell after Ms. Hashemi was given a six-month sentence for “spreading propaganda against the system.”

Before then, “I had no information about these people,” Ms. Hashemi said of the Bahais. “But with the Islamic Republic imprisoning me, I became familiar with them, and this opened another window in my life.”

Ms. Hashemi, one of Iran’s most prominent activists, is often shielded from punishment by her powerful family connections. Once an outspoken lawmaker, she started Iran’s first newspaper for women in 2000 and was the first female member of the establishment to publicly ride a bicycle, long deemed religiously unfit for women.

Meeting a member of the Bahá’í faith, however, was one provocation too many. Even her father criticized her for having tea with a member of the Bahais, whom he called “heretics,” the semi-official Fars News Agency reported on Monday. “She has committed a wrong deed and should be ashamed of herself,” he said.

Other clerics were outraged, saying that meeting with Ms. Kamalabadi, a psychologist, was “criminal.” One expert in religious ethics, Mahdi Tabataei, demanded an “apology to the nation” from Ms. Hashemi.

The head of Iran’s judiciary, Ayatollah Sadegh Larijani, said that Ms. Hashemi faced prosecution on national security grounds. “Socializing with them, especially relatives of senior clerics and high-ranking officials, is damaging the norms,” he said on Tuesday, the semiofficial Tasnim News Agency reported.

But Ms. Hashemi told Euronews that she was “not sorry at all.” Discrimination in name of religion and the oppression of the Bahais are wrong, she said. “We are oppressive in Iran not only toward these but toward many,” she said to the agency. “We should correct our behavior.”

Some people, even among the clergy, have risen to her defence. “They met in prison, of course they can be friends,” said Fazel Meybodi, a reformist cleric from the Shiite holy city of Qum. Noting that not all Islamic scholars agree that the Bahais are spiritually impure, he added: “These are just two humans meeting. What is the problem?”

In contrast to Iranian Jews, Christians and Zoroastrians, tolerated minorities who even have representatives in Parliament; the Bahais have been persecuted in Iran ever since the 1979 Islamic Revolution. Their belief in another prophet after Muhammad is anathema to Shiite Muslim clerics, who consider Muhammad the final messenger of God.

There are about 300,000 Bahais worldwide. Their headquarters is in Haifa, Israel, another reason Iranians distrust them. “The leader of their cult is Zionism,” the head of Iran’s paramilitary Basij organization, Brig. Gen. Mohammad Reza Naghdi, said on Monday. “Supporting them means being a lackey of the Zionists.”

Because they are considered impure, Bahais are not allowed to pursue higher education or to become civil servants. However, with the rising influence of the urban middle class, dogmatic religious edicts of the sort used to marginalize the Bahais have come under pressure.

“It is not clear why Bahais in Iran do not have the right to work or an education, and should be imprisoned,” Sadegh Zibakalam, a Tehran University professor and outspoken activist told a news website on Tuesday. “Did Prophet Muhammad order to imprison anyone who is not a Muslim yet or a nonbeliever?”