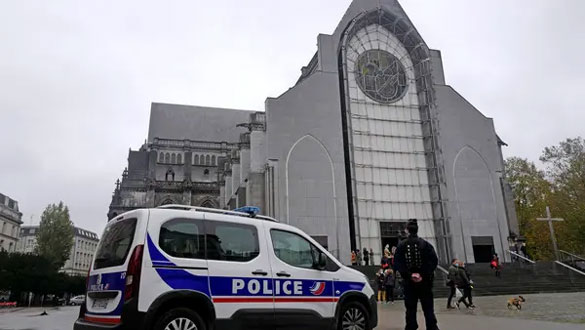 As France’s polarized debate that pits religious freedom against secularism continues, the European country’s problem with extremism has come back into the spotlight, with one expert warning of potential future attacks.

“The situation is extremely dangerous, we are talking about a new generation of [extremists] represented by isolated individuals who feel disconnected from French values,” warns Alain Marsaud, former French prosecutor and former head of the central counter-terrorism unit.

The assaults took place after the republishing of the caricatures of the Prophet Mohammad by satirical newspaper Charlie Hebdo, which renewed debate in French over the limits of free speech.

For all the latest headlines, follow our Google News channel online or via the app.

“The three attackers were religiously inspired individuals, set off either by the caricatures or statements made by [French] President [Emmanuel] Macron following the beheading of Samuel Paty,” explained veteran journalist Georges Malbrunot, an expert in Middle East affairs, who spoke to Al Arabiya English.

These attacks are different from previous terrorist attacks that took place on French soil in the 2015 period that were led by highly organized individuals, who made use of advanced weapons and were claimed by ISIS, explained Malbrunot. They were also different from the attack in Vienna last week, which was also claimed by ISIS and conducted by an Austrian national who had been convicted for trying to join the organization in Syria via Turkey. 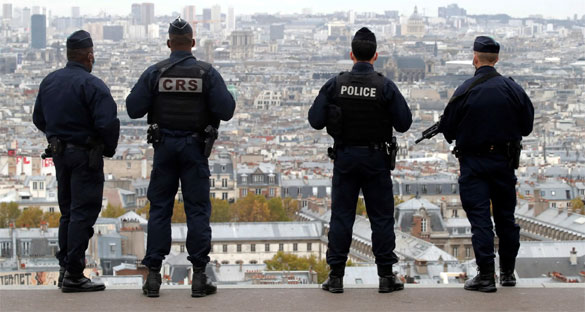 French police and CRS riot policemen patrol in Montmartre in Paris as France has raised the security alert for French territory to the highest level after the knife attack in the city of Nice, France, October 30, 2020. (Reuters)

“The attackers were all unknown to the intelligence services. None of them had real links to terrorist groups although one of them was in contact with an [extremist] in Syria. This expands greatly the area of possible radicalization to people belonging politically to ‘grey areas’ such as the Muslim Brotherhood and other Islamic movements operating in France, given the currently charged French context,” said Malbrunot.

Samuel Paty, a teacher, was beheaded after showing the caricatures of the prophet during a class on freedom of speech. French president, Emmanuel Macron, responded to the killing of Paty by saying France would not “renounce the caricatures.”

Before the death of Paty, on October 2, Macron spoke about extremism and secularism in France, addressing how to integrate Islam with French secularism, namely by regulating imams and mosques. He also stated that “Islam is a religion that is experiencing a crisis across the world,” which provoked the ire of many Muslims around the world.

The first attack took place on September 25 when Zaher Hassan Mahmood, a 25-year-old man of Pakistani origin who lived in France bought a butcher’s knife and stabbed two people in front of the former offices of Charlie Hebdo in Paris. On October 16, Abdullakh Anzorov, an 18-year-old refugee of Chechen origin who grew up in France beheaded middle school teacher Samuel Paty who was showing the Charlie Hebdo cartoons as part of a free speech class. Finally on October 19, Tunisian refugee Brahim Aouissaoui, killed three people with a knife in the Notre Dame basilica in Nice in southern France.

Marsaud explained that the policy of laicity adopted by previous French governments has been lax and confusing.

“We haven’t had the courage to strictly apply the law on separation between church and state. We have to harden the current legislation. Today 60 percent of Muslim youth in France place sharia law above French law, it’s a failure of our secular teachings,” warned Marsaud.

Malbrunot predicted that France could see more isolated attacks of this nature in the future.

“By appearing to criticize Islam and defending the caricatures [that are offensive to the prophet], Macron is opposing himself to the Muslim world.”

Original Headline: In France : A new generation of extremists?