Rewind to 2002. The Arab League had just endorsed its land-for-peace initiative, and late Palestinian President Yasser Arafat was shouting “martyr, martyr, martyr” live on TV while under Israeli siege in his bedroom in Ramallah. Western journalists swarmed Lebanon’s refugee camps to add colour to their coverage of the Arab League summit, and I was a fixer who translated what Palestinians wished to tell the world. 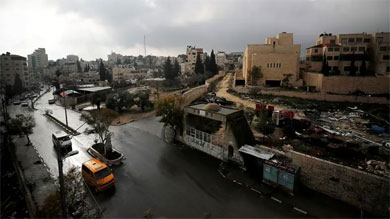 After showing the big keys and Ottoman titles of the houses they had abandoned in Palestine, refugees swore to fight to the last for their right of return. But when the cameras were switched off, one of them pulled me aside, and said: “My daughter is in Germany, maybe your journalist friends can help me move there with her.”

Having grown up in Lebanon, where only maximalist Palestinian demands sounded like a normal peace settlement, I was surprised. My refugee friend wanted to fight, but only on camera. In real life, like all of us, he just wanted a decent life. With time, I met Palestinians from the Territories who expressed similar sentiments. With a clear eye on their interests, rather than empty nationalistic slogans, these Palestinians got their break with the appointment of Salam Fayyad as prime minister in 2007, resulting in the onset of Fayyadism — a series of reforms and economic development — that have so far been the best government that Palestinians have ever had. But in the absence of elections, and because Fayyad had no political coalition behind him, Fatah and Hamas conspired to oust him, and went back to “government” as corrupt as usual.

President Donald Trump’s peace plan might seem to be a deflection of the Palestinians’ real problem. Should they accept his plan, they will end up with a mere 15 percent of the land of Mandatory Palestine, with a state that is barely autonomous, and not even sovereign.

Palestinian concerns might have been justified, if land were a prerequisite for economic development and growth in today’s world. Perhaps this was the case a century ago when the Palestinian-Israeli conflict first erupted, and for many decades that followed. But globalization has knocked out the agricultural and industrial sectors in small countries, including Israel itself, and has forced these countries to model their economies on the Asian Tigers, such as Singapore and Hong Kong. In the Middle East, Dubai and Abu Dhabi have endorsed this model with brilliant success, and Saudi Arabia too seems bent on implementing it as per its 2030 plan.

When compared to the Asian Tiger economies, Palestine will be five times as big as Singapore, and three times as big as Hong Kong. At five million, Palestine will be less densely populated than Singapore, with a population of 5.6 million, and Hong Kong, with 7.4 million. Even though much smaller and more crowded than a future Palestine, Singapore and Hong Kong currently have GDPs of $340 and $350 billion, respectively, compared to the puny GDP of the Palestinian Territories, at less than $15 billion.

Should Palestinians express interest in the deal, the promised $50 billion of economic aid might be drastically increased. This might give Palestinians a decade of rapid economic growth, which means a windfall of jobs, good revenue and prosperity for Palestinians, even if at the expense of sovereignty and most of their land.

But if sovereignty counted for anything, it would have made a country like Lebanon, fully sovereign, prosperous. Instead, Lebanon is broke, its economy in free fall, its currency losing its value by the day, and its people falling into poverty.

Trump’s peace plan forgoes all the injustices that have befallen Palestinians over the past century. But it does give them a clear choice: Do they want an autonomous state that looks like Dubai, or do they want a sovereign country that looks like Lebanon?

Hussain Abdul-Hussain is an Iraqi-Lebanese columnist and writer. He is the Washington bureau chief of Kuwaiti daily al-Rai and a former visiting fellow at Chatham House in London.