French President Emmanuel Macron Declared - 'We Have the Right to Blaspheme, To Criticise and To Caricature Religions'

Emmanuel Macron has unveiled his plan to combat the rise of Islamic extremism in France. Stressing that his fight was not against the religion but political Islam, 'which has no place' in the Republic, the president outlined a series of measures in a speech last week. Notably, his plans involve an end to the hosting of imams from countries such as Turkey and Algeria, and more rigorous control on foreign financing of mosques from the likes of Qatar. 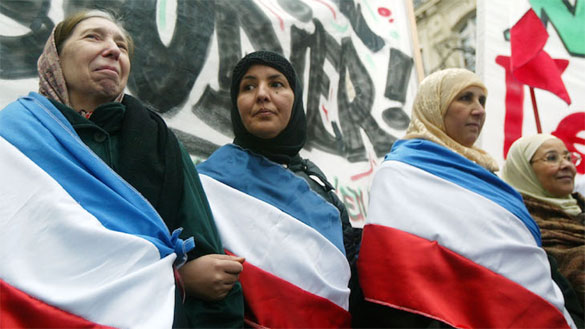 Macron stopped short of introducing an 'Islam of France', which had been mooted two years ago, but his intention is to eliminate the malevolent influence of outsiders.

But is it too late to stop what Macron described as the 'Islamist separatism' of France, a process that began in the 1980s when François Mitterrand's Socialist government turned a blind eye to the 're-islamisation' of the suburbs by men who took their inspiration from the Iranian revolution?

The alarm was first raised in 2002 with the publication of Les Territoires perdus de la République (The Lost Territories of the Republic) by Georges Bensoussan, in which he exposed the extent of this re-islamisation.

The response of the chattering classes was to stigmatise Bensoussan as a bigot, but a decade later France was subjected to a wave of Islamist terror attacks. The killers came from the milieu described by Bensoussan. A milieu that according to a secret security report leaked to the press last month has since expanded to encompass 150 districts now under the control of Islamist extremists. Their influence was laid bare in a 2016 survey by a liberal think tank that found that half of French Muslims under the age of 25 would prefer to live under Sharia law to Republican. 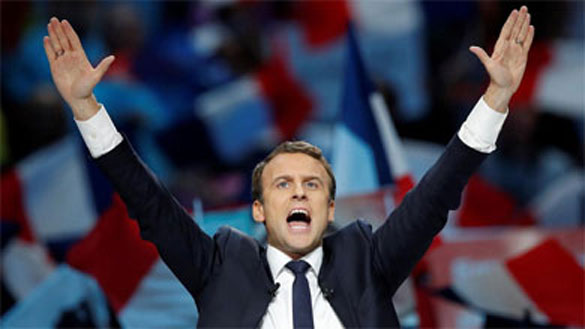 The growing fear is that this generation will turn to political Islam if given the chance, and that opportunity will arise at next month's municipal elections in which the Union of Democratic French Muslims (UDMF) is expected to make its presence felt.

Established in 2012, the UDMF polled insignificantly in last year's European elections but in nine inner-city suburbs they took more than five per cent of the vote. That prompted an outcry from some, notably Xavier Bertrand, president of the Hauts-de-France region, who warned that 'political Islam is seeking to implant itself', while Aurore Bergé, spokesperson for the ruling En Marche said she was 'favourable to the idea of banning them'.

But on what grounds could the UDMF be banned? They are a legitimate political party, and one whose campaign issues will strike a chord with the public - and not only Muslims: a crackdown on fraud and delinquency, more environmentally-friendly policies and a promise to improve public ethics, a hot topic given the recent [7] withdrawal from the Paris Mayoral race of Macron's candidate, Benjamin Griveaux, brought down by some lewd images. There are some issues specific to Islam, such as investment for the halal market and the promotion of 'Islamic finance', but one candidate assured Liberation in a recent interview: 'We're not here to implement Sharia Law in France.'

But is there a need for the UDMF? According to Barbara Lefebvre, one of the contributors to The Lost Territories of the Republic, political Islam has been insidiously infiltrating the Republic for years, its activists diligently manoeuvring their way into positions of power within local communities run by left-wing councils.

The left in France need all the support they can get, having lost touch with the white working class this century, and so they're ready to accommodate Islamists if they think it will boost their election prospects.

Last month, for example, the liberal left failed to rally round a 16-year-old girl who was threatened with death after criticising Islam (and religion in general) in response to sexist comments on social media. Their moral cowardice was embodied by justice minister, Nicole Belloubet, (a Socialist before hitching herself to En Marche), who scolded the girl for her 'attack on the freedom of conscience'. Her abandonment of the teenager caused an outcry, and the girl's lawyer retorted: 'It is the left that traditionally defends secularism in this country. It saddens me that it has not done so in this case.' So feeble was the reaction of his government that Macron felt obliged to come to the girl's defence. 'The law is clear,' the president declared. 'We have the right to blaspheme, to criticise and to caricature religions.'

Now comes the president's address in Mulhouse, the first part of what he promises is a long-term strategy to regain the initiative from political Islam and simultaneously win the hearts and minds of French Muslims. Macron's critics claim that the timing of the speech is just an attempt to win votes for his party in next month's elections from people who are contemplating casting their ballot for Marine Le Pen's National Rally.

Macron is certainly not the first president to talk tough on the subject of Islam, but that's all France got from François Hollande, Nicolas Sarkozy and Jacques Chirac - rhetoric but no action. All the while political Islam continues its rise, creating ruptures within the Republic that a growing number of French believe are irreparable.

Gavin Mortimer is a writer, historian and television consultant who is the leading authority on WW2 Special Forces.

Original Headline: Can Macron halt the rise of Islamic extremism?