Month of Ramadan: A Test of Willpower

﻿ The very first time I tried fasting eighteen years ago, it was a bit of a disaster. I'd gone out the night before and drunk a few glasses of champagne and the next day lay in bed with a pounding headache, hung over and dehydrated. At 3 pm I gave up, thinking Ramadan is not for me. I'm embarrassed to say it was winter time which means the fasts are very short compared to now. 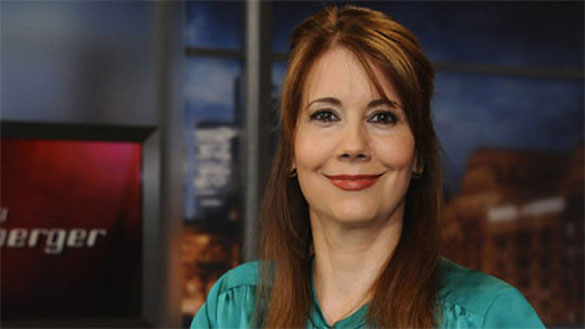 As a presenter for MTV Europe, Kristiane Backer was one of the best-known faces in western pop culture. Following her conversion to Islam, she began working to promote inter-religious dialogue. In her book "From MTV to Mecca", first published in German in 2009, she describes what drew her to Islam

By the following year I'd given up alcohol and I was back on TV presenting a daily entertainment show for NBC Europe. Ramadan came round again, and even though we were only a few months into the show, I was determined to see it through. I did my best to psych myself up for it and mobilised all my energies.

It was particularly challenging because Ramadan coincided with the pre-Christmas period, and we were producing twice as many shows as usual so that we could all have a two-week break during the holiday season. I was in front of the camera all day every day, and also had to record endless voice-overs. Normally, I would boost my energy levels with a snack or two and sip water between takes to keep my mouth and vocal chords moist. But because of Ramadan I wasn't going be able to eat or drink between dawn and sunset for a whole month. Despite my good intentions, I really wasn't sure that I would manage.

Sober, But On A Different Plane

The first day or two, I had a headache, but then my body seemed to adjust and it actually wasn't as difficult as I thought. After a while, I even enjoyed my Ramadan. In the afternoons, I felt a little light-headed and as though I was in an altered reality – sober, but on a different plane. Fasting just seemed to make my heart and soul more receptive. And it heightened my sense of smell and taste when I got to eat. The discipline of fasting gave me a sense of achievement, a small triumph every time I broke my fast.

And with that I discovered an important principle of Islam. The Prophet had first mentioned it when God revealed on his tongue the following: "When my servant takes one step towards Me, I take ten steps towards him. When my servant comes walking towards me, I come running towards him." The secret is that we must take the first step, and then God makes things easy for us.

Not least, fasting is a test of willpower and, whenever I felt my willpower weakening, I would tell myself that I could eat as much as I wanted after sunset. But then the strange thing was that after fasting all day long, I tended to feel full with just a small snack. Traditionally, Muslims break their fast with a few dates, as the Prophet did. I liked to have one or two large and succulent medjool dates with a glass of milk. I usually took some to work with me. 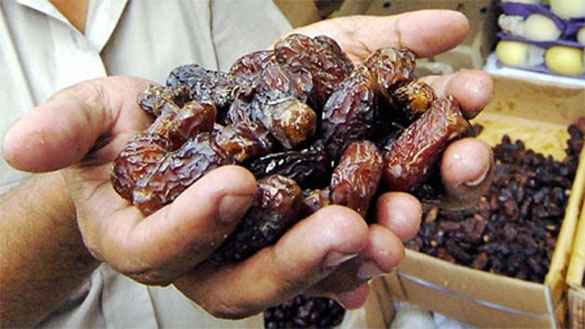 In the tradition of the Prophet: During Ramadan, fasting is usually broken in the evenings with a handful of dates

My colleagues at NBC were very sweet and supportive. Once one of my producers suggested getting me some lunch because I had to work straight through, but then he remembered I was fasting and apologised profusely for offering. My colleagues said they were quite impressed by my stamina, and some even complimented me on how radiant I looked, perhaps because fasting is a process of purification on many levels, both physical and spiritual.

As well as renouncing food and drink during the day, I also tried to avoid gossip, impatience and anger, and instead tried my best to be polite and kind to one and all: not sure I always managed but I made a conscious effort.

I read a little bit of the Koran every day, and joined a friend for Taraweeh prayers in the evening at a mosque in South London. Perhaps all these things do give a person a special radiance. All in all, despite the hard work, I was sailing through my second Ramadan unexpectedly smoothly – and by the grace of God through every Ramadan since then.

Fasting As a Spiritual Shield 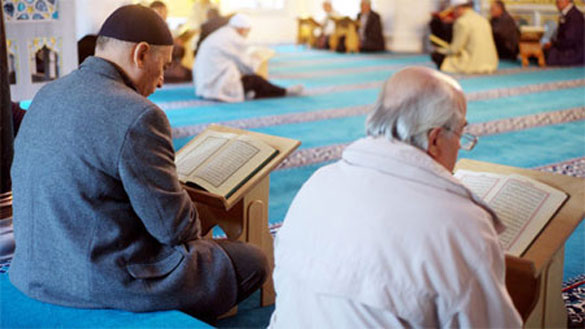 One of the "five pillars of Islam": Muslims believe that the first part of the Koran was revealed during Ramadan. Therefore it is viewed as particularly commendable to read the Koran at this time

I am always encouraged by the fact that Ramadan is a time of intense blessings, because it was in this month that the Koran was first revealed to Prophet Muhammad. "When Ramadan comes, the gates of paradise are wide open and the gates of hell are closed, for those who fast," said the Prophet. In this sense, fasting is like a spiritual shield.

Knowing this gives me extra strength and confidence. Only towards the end of the month it becomes exhausting but then, once the thirty days are completed, a certain euphoria sets in. I feel cleansed, fulfilled and closer to God. It is a wonderful feeling; I wished this high would last forever.

To mark the end of Ramadan, a month dedicated to the worship of God, we celebrate Eid ul-Fitr, the festival of breaking the fast.

Although as a new Muslim without a family I often struggled to find people to celebrate with. I like the link between the word Fitr and Fitrah, which means primordial nature, the pure state we are born in and which we aim to move back to through the spiritual discipline of fasting in Ramadan. The more we accomplish that, the greater the triumph in the sight of Allah.

﻿Kristiane Backer, formerly a presenter on the music channel MTV Europe, now works as a television journalist and presenter for international broadcasters. Her book "From MTV to Mecca – How Islam Changed My Life" is published by Arcadia in 2012.