Iraq Crisis: Fears Grow That Baghdad Could Be Engulfed In Sectarian Violence

Iraq is slipping over the edge into a future dominated by sectarian massacres and counter-massacres amid evidence that 63 Sunni prisoners were killed by either Iraqi police or Shia militiamen during an insurgent attack.

The killings took place in Baquba on the north-eastern approaches to Baghdad when an attack by Sunni militants threatened to overrun a police station where the captives were held. 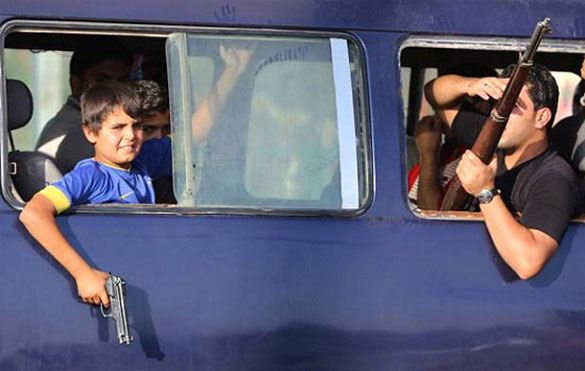 A government defence spokesman, Colonel Qassem Atta, claimed the men had been killed by insurgent shells. But morgue officials say the dead were young men who had been shot repeatedly at close range.

Over the weekend, Isis showed pictures of the bodies of what they said were 1,700 Shia servicemen who had been executed in Tikrit.

The potential for mass killings is greater today than during the sectarian civil war between Sunni and Shia in 2006-07 when assassinations and executions were usually carried out by individuals. But in the conflict raging across northern Iraq isolated pockets of Sunni or Shia are being suddenly captured before their inhabitants have time to escape. Baquba, which is an entry point to Baghdad, is in the mixed Sunni-Shia-Kurdish province of Diyala, once famed for fruit-growing but today notorious for sectarian slaughter.

Tension is high because the Sunni revolt led by Isis shock troops is getting ever closer to Baghdad, amid fears that the capital itself may soon be engulfed by the violence. It has a substantial Shia majority but is surrounded by a ring of Sunni towns and villages. Both sides encourage demographic changes to their own advantage by well-publicised massacres of their opponents.

The battle lines appear less fluid north of Baghdad than they did a few days ago, but Isis has captured the Turkoman-Shia town of Tal Afar with a population of 200,000, west of Mosul. The government said that it had sent elite forces to win it back, but its loss on Sunday, 10 days after the Isis offensive began, is ominous because the government can no longer plead surprise or treachery as a cause for its defeat. Its 350,000-strong army has yet to win a clear victory on any front since Mosul fell, and this is having a demoralising effect on Shia, who make up 60 per cent of Iraqis. 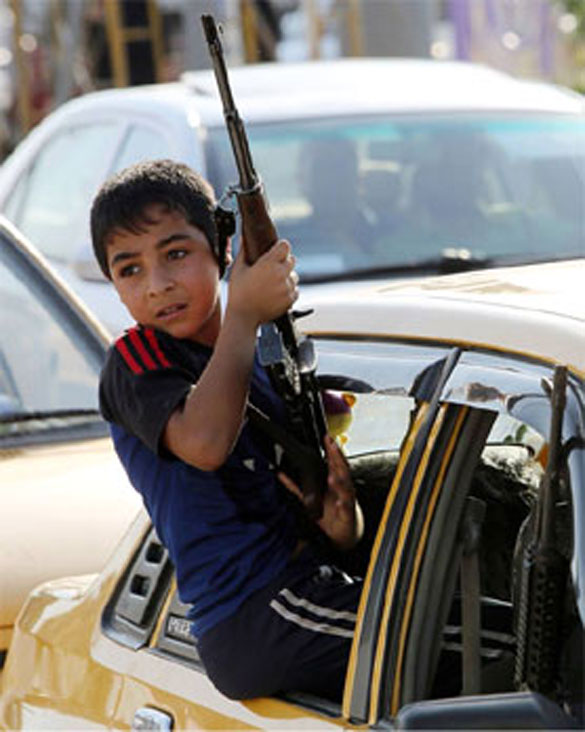 The government plays down or does not mention its defeats, and the first time an Iraqi television viewer or newspaper reader may know that more territory has been lost to Isis is when there is news of a heroic counter-attack. Of Tal Afar, one widely read newspaper in Baghdad, had a headline saying the women of the city had joined the battle against Isis.

An inhabitant of Tal Afar reached by phone had a grimmer story to tell of the fall of the town. He said they had been bombarded for 24 hours by artillery seized by insurgents from the government, and there were not enough soldiers to hold all four entrances to the town against 3,000 Isis fighters while Peshmarga, Kurdish soldiers, who had been near the town, disappeared. The eyewitness had fled with his family to Sinjar, a Kurdish area further west.

If the Iraqi army could win a few of these small battles, it would do much to quell fears that the military is dysfunctional despite vast expenditure for almost decade. Instead, Iraqis watch un-checkable claims of success on government television channels and in the pro-government newspapers. “Watch enough government television and pretty soon you would decide there is not a single member of Isis in the country,” said one observer.

Spurious or exaggerated accounts of Iraqi army success serve only to depress the popular mood. Film on television of government air strikes and exact numbers for the enemy’s losses skate over the fact that the government has very few fixed-wing aircraft or helicopters. One soldier fighting in Anbar province said: “The troops are not even getting enough food to eat.”

A better pointer to official expectations published in one Baghdad newspaper is the number of senior officials who have left the country.

The paper, called al-Mashriq, says that 42 members of the Iraqi parliament and seven ministers have moved to Amman, the Jordanian capital, with their families.

Dhia’a al-Assadi, an MP who has stayed in Baghdad and is one of the leaders of Muqtada al-Sadr’s movement, said: “We expect terrible days to come. They will be decisive in deciding if the country will remain united.” He did not foresee the fall of Prime Minister Nouri al-Maliki because most Shia would rally behind him in the present crisis which they see as an attempt to rob them of the power that is their right as the majority of Iraqis long subjected to Sunni domination. Moreover, he did not think that Iran would allow Baghdad to fall into the hands of an anti-Shia counter-revolution.

Expectations about the actions of Iran and the US play an important part in determining the way Iraqis see the crisis. The Iranian border is very close to Baghdad, and Iranian ground forces could swiftly get here, but the Iranians have always preferred to act through proxies and advisers in Iraq. A problem is lack of time: Shia have volunteered to fight Isis in large numbers but, as one observer put it, many of them “have only fired a pistol in the air at weddings and will need to be trained”.