A Lesson in Tolerance: The Ibadis of Oman 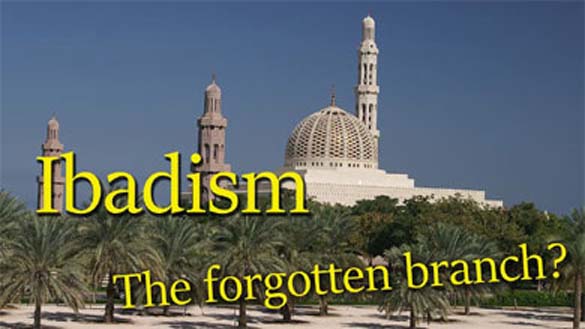 Ibadis are a Muslim group who constitute the majority in Oman and are present in parts of East Africa, Libya and Algeria. These Muslims are distinct from Sunnis and Shias, incorporating elements of both and should be considered as a separate Mazhab (sect or school of thought). They draw their inspiration from the earliest political movement in Islam, the Khawarij. 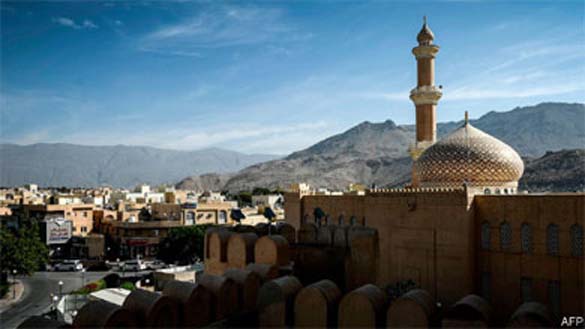 Ibadis predominate in Oman, which has remained apart from the Islamic infighting that disrupts the Middle East

The Khawarij are popularly known as killers of Hazrat Ali and hence have earned considerable infamy, at times even being characterised as terrorists. The Khawarij argued that since Hazrat Ali had agreed for an arbitration with Hazrat Muawiya at the battle of Siffin, he lost the moral capital of being a true Muslim. And therefore, he could no longer lead the community and hence had to be killed. The modern Ibadis trace their ideological lineage from the Khawarij but reject their more extreme interpretation. It is better to understand them as the ideological descendants of moderate Khawarij. 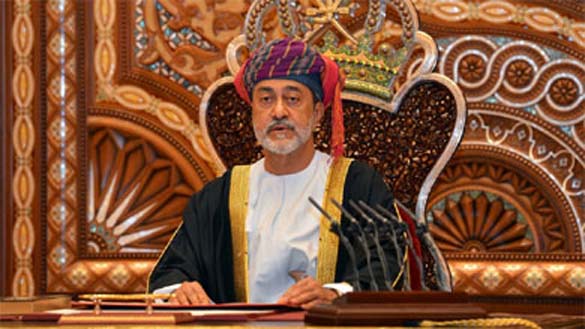 ----- unlike the Khawarij, they do not believe that all Muslims who have committed a grave sin are kafir or Mushrik, and thus deserving of capital punishment. Rather, the Ibadis believe that such people are ‘ungrateful’ for the blessings that God has bestowed on them. Thus even though they believe that committing a sin is wrong, those sinning Muslims remain within the fold of Islam, rather than being condemned to death. Apostasy is therefore not punishable by death in Oman as it is in many other Muslim countries.

The Ibadis adopt the theological position of the Mutazila in matters of Tawhid. They reject all anthropomorphic description of God and deny the possibility of seeing him in this life or the hereafter. Also, unlike the Sunnis, they do not respect caliphs like Hazrat Usman and Hazrat Ali, who they think will not be rescued from Allah’s wrath.

The concept of a ‘just’ Imam is very important for the Ibadis and that’s why Hazrat Ali and the later reign of Hazrat Usman is criticized as they do not hold up to the ideals of imamate. This belief in Imams bring them closer to the Shias but their rejection of free will and acceptance of the concept of predestination make them close to the Sunnis.

Ibadis therefore do have similarities with both Shia and Sunni Islam but they also diverge from them in important ways, making them a distinct interpretative community within Islam.

Most importantly, their distinctiveness comes from their belief that the Quran was created at some point in time and thus unlike the Sunnis, they do not see the sacred text as co-existent with God Himself. This belief in the created-ness of the Quran perhaps plays the most crucial role in their attitude of openness and tolerance towards others groups.

They argue that the Quran spoke to people in a certain context and that for people who are not in the same context, the Quran has to be interpreted to suit their specific contexts. This flexibility has given Ibadi scholars the freedom to reinterpret the sacred text and respond to changing times and circumstances.

Thus today, Muslim judges within Oman are not just required to know the Sharia law but also the secular laws of the country. There was a time in Oman when all schooling was done through mosques. The state slowly changed it all and education became a concern of the state rather than Islam, with the last mosque-school being closed in 1996. In all this, the state has been enabled by ruling of Muftis who have interpreted the Quran to dissociate education and learning from the narrow confines of what is considered as Islamic education. Most teaching within schools today happen through a non-sectarian perspective and students benefit in learning about other faiths.

This does not mean that Ibadis believe that all interpretations of Islam are equally valid. Rather they are of the firm opinion that only their school of thought is the correct one. However, they do not think those who differ from them, the non-Ibadi Muslims like the Sunnis and the Shias, are liable to punished. The Ibadis practice ‘dissociation’ with those Muslims who are Mushrik, but this does not mean that they have any enmity towards them. They also extend this notion to non-Muslims like the Hindus and Sikhs wherein they see no harm in associating with them on non-religious matters. However, they are of the firm opinion that such association should not be in matters of religion.

Thus, although they have been tolerant of other faiths, this tolerance should not be confused with acceptance of other faiths. Thus, while non-Muslims do have religious freedom, these come with many conditions, some of them not compatible with modern notions of democracy and multiculturalism.

Their distinct theological position makes them into something like ‘puritan moderates’. So while they remain firmly wedded to their interpretation of original Islam, their understanding of what constitutes shirk or kufr is what makes them tolerant toward other Muslim communities.

Within Oman therefore, we have hardly seen any sectarian intra Muslim violence which we have seen in other Muslim countries. It is not surprising that terrorist groups like ISIS and al-Qaeda have not found the kind of following there which they found in other Muslim contexts. A study by Kings College, London, done in 2015, did not find a single Omani national who had joined the ISIS. Moreover, the Global Terrorism Index of 2016 stated that there was no impact of terrorism within the borders of Oman.

A closer focus on the Ibadis can give Muslims another model to emulate, not so much in matters of inter-religious exchanges but more in terms of much needed intra-Muslim tolerance.

Arshad Alam a columnist with NewAgeIslam.com