Syria is not the only country with a vested interest in the outcome of their civil war. On the opposition side of the conflict are the Gulf countries and Turkey teaming up with economic and security-minded Western nations in an attempt to overthrow a secular, unfriendly dictator. On the other side are Iran and Russia supporting an ally and their own national interests? But these nations are not the only ones with a stake in the outcome in Syria, nor are they the only influential players in the game. 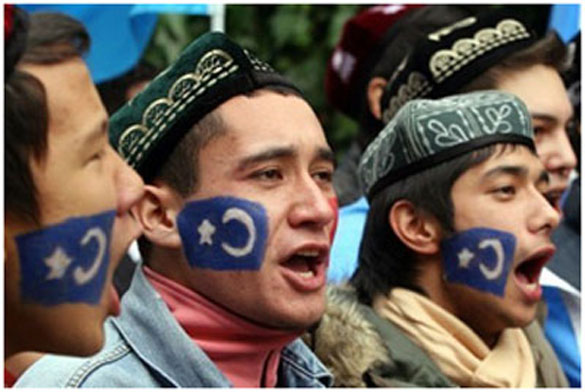 China’s interest in the Syrian conflict receives less attention. Most analysts would attribute this to China not being as forthcoming about their support for Syrian President Bashar al-Assad as the Iranians and the Russians. Despite the lack of public statements by Beijing, as well as a lack of international media attention, the Chinese have a vested stake in ensuring the Assad regime’s survival.

China’s greatest source of influence is its UN Security Council veto. A double veto by Beijing and Moscow prohibits the UN Security Council from sanctioning international military intervention. China and Russia, on three occasions, have vetoed UN Security Council resolutions calling for the removal of the Assad regime. Most foreign policy observers attribute the Chinese vetoes solely to their policy of nonintervention and fear of creating a precedent that allows the international community to meddle in their internal affairs. However, China is not only practicing a policy of nonintervention, but it is also protecting its vital national interests.

A key Chinese national interest in Syria is preventing the creation of an independent state for the Uighur people, a predominantly Muslim, Turkic ethnic group originating from Central Asia. A separatist Islamic group, the East Turkestan Islamic Movement has the stated goal of forming an independent homeland for the Uighur people in China. This might sound unfathomable, but the Uighurs accomplished this once in 1933 and again in 1944 with the creation of an independent Uighur state. Beijing reclaimed the Uighur state in 1949 and is now part of the autonomous region of Xinjiang.

Beijing is concerned about the possibility of neophyte Uighurs becoming indoctrinated in extremist ideology and receiving military training in Syria. The Global Times recently reported two terrorist attacks in China’s Xinjiang province that killed 35 people. An anti-terrorism official also stated that over 100 Uighurs had traveled to Syria to fight alongside the like-minded Islamist fighters. One example is an Uighur who received training and fought alongside the FSA in Syria, but was later caught by Chinese authorities after he attempted to enter Xinjiang to “commit acts of terror.” The militant said that before he arrived in Syria he “had never touched a gun before.”

By supporting Assad in the conflict, Beijing is aligning itself against the threat of potential Islamist militant blowback from Syria on China’s domestic security. If the Assad regime were to fall, Syria would more than likely become a failed state where Islamist militant groups could operate with impunity, such as in Somalia or Afghanistan pre-911. A Syria without Assad could allow Islamist Uighurs to export terror not just to Xinjiang in the West, but also to the densely populated, economic hubs in eastern China.

Even with over 100,000 Syrian lives lost thus far, China is unlikely to shift its position away from supporting the Assad regime. China’s current position allows the country to preserve its noninterventionist policy while simultaneously preventing the creation of a Uighur Islamic state. This unfortunately does not bode well for the prospect of finding a political solution, and China will most likely continue to block UN resolutions that call for a heightened international role in Syria.

Zachary Hill is a research intern for the Baker Institute Middle East Program, focusing on the conflict in Syria. A graduate of The University of Texas at Austin, Hill is currently a social studies teacher at Pershing Middle School.