Arab Spring and the Gender Dilemma: Women Relegated To the Shadows, In the Aftermath of the Revolution

By Intesar Madi and Lucía Morales

Ten years on, and we find ourselves thinking about the Arab Spring Revolution and trying to assess and understand what it meant for the Arab world and, in particular, for women. 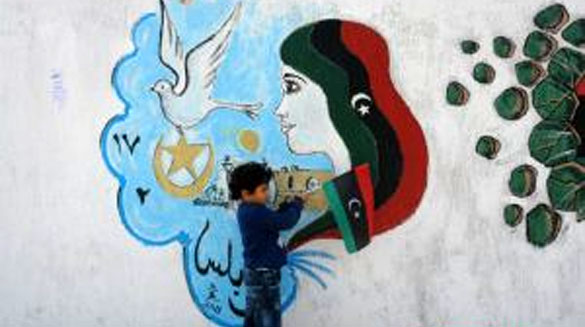 Libyan women played a prominent role in its 17 February 2011 Revolution, but did not reap its benefits (Photo: Artistic imprints on the walls of Free Libya FB page).

Overall, it seems that not much has been achieved regarding women’s rights in the MENA region. While poverty and economic inequality levels in the Middle East and North Africa are considered to be among the lowest levels within the developing world, the issue is quite different when we turn our eyes towards gender inequality.

Gender inequality is an aspect that has global implications, with significant repercussions for the Arab world that is failing to integrate women as part of its economic and social model. In general, women’s social, economic, political engagement, and public life participation remain very limited. 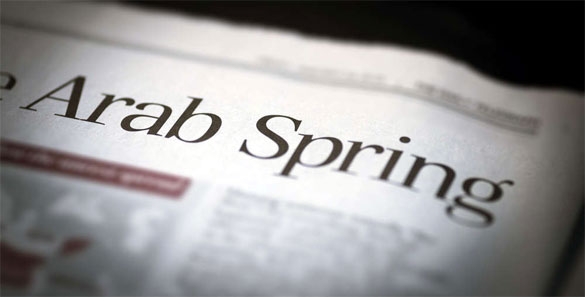 Such significant barriers are preventing the region from embarking on a path for sustainable and balanced economic development. There is no doubt that economic and social obstacles are tremendous contributors to rising inequality and gender discrimination that hurt the region’s perspectives of becoming a developed and inclusive socio-economic model.

Income inequality and economic imbalances seem to be on the rise, which generates critical concerns due to their harmful effects on the macroeconomy and their associated negative spill over effects on society. The Arab Spring revolution played a vital role in highlighting existing inequalities levels in the MENA region.

The event was essential in unveiling social discontent that pointed out the need for reforms that address inequality issues and seek to support women’s economic and social integration. At the beginning of the 2011 revolution, women played a critical role by supporting their male protestors; this helped create a sense of equality, as women could make their voices heard in the public sphere. 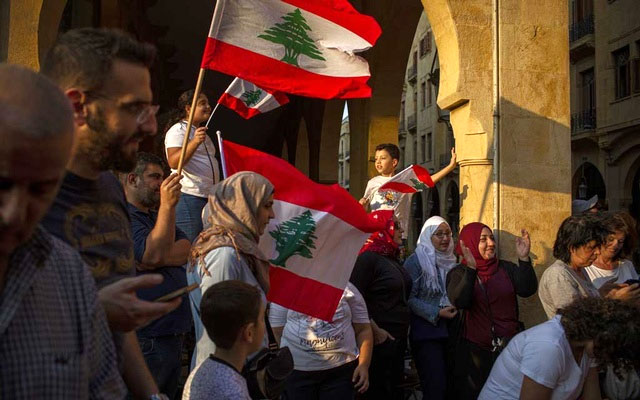 However, the sense of equality faded very quickly in the aftermath of the revolution, and once more, women were relegated to the shadows.

Although the Arab Spring is a remarkable event highlighted by women’s participation in the protests in all countries, Libya’s situation has not received much attention among scholars. Women’s representation in positions of power is minimal, and as a result, progress to enable women to become relevant economic and social players remains curtailed. Therefore, identifying and analysing the factors holding women’s back in Arab countries is a critical and challenging issue.

Let’s turn our attention to the Libyan case. In Libya, women are not treated equally under the law and face paramount restrictions on their ability to participate in the workforce, as reported by the Freedom House (2020).

According to the Inter-Parliamentary Union (2019), women had the lowest representation in almost all countries in the MENA region. For example, women were largely excluded from politics during the previous regime.

Libyan women suffered discrimination in all aspects of their public life, including violence, sexual and marital repression, and politically motivated violence. Libya’s political instability issues, such as its ongoing civil war, have aggravated the situation where the rule of law provided by a national government does not exist for most Libyans (DFAT, 2016).

The UK Home Office (2018) reported that “during the Gaddafi era, women made steady progress in gaining access to education and work.” It became quite common to find female lawyers, judges, civilian pilots, and university professors. While equality in the workplace was inching forward, it stalled after the civil war of 2011.

The emergence of various Islamist groups such as Ansar al-Sharia harmed the little progress made regarding women’s rights. Islamist organizations are less inclined toward gender equality, while some do not like to see women working outside the home by any means.

Unfortunately, women continue to face high discrimination levels because they are not considered men equals what is not an isolated problem of the country, as this remains a major regional and global issue.

At the international level, women have played a significant role in enabling countries to grow and develop. However, the gender gap is still there, as a constant reminder that we live in a global society where women do not equal men.

Intesar Madi is a PhD student and assistant lecturer at the Technological University Dublin, Ireland. She can be reached at intesar.madi@tudublin.ie.

Dr Lucía Morales is Lecturer, scholar and active researcher in the School of Accounting and Finance at Technological University Dublin (TU Dublin). lucia.morales@tudublin.ie.