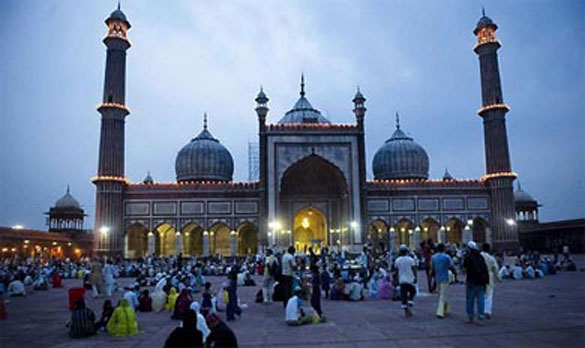 India got freedom on Friday 27 Ramadan 1366 A.H., i.e. 15 August 1947. Does this have any significance for the people of the country, particularly Indian Muslims? It is a matter of dispassionate reflection.

God has chosen 27 Ramadan for granting India the freedom from not only the British Raj but also from ignorance, illiteracy, poverty, communal hatred as products of the colonial rule. It has been a great opportunity to avail  with, on which the erstwhile national leaders untiringly worked in the Constituent Assembly and came out with a splendid constitution for the people of India based on such lofty principles of life as Freedom, Justice, Equality and Fraternity, besides Secularism and Democracy as the means to achieve them.

It is widely known that 27 Ramadan is the same date in Hijrah calendar in the blessed night of which revelation of the Holy Quran began and Muhammad was designated as the last prophet, may he be in peace. Muslims believe that this is the night when one night’s worship becomes equal in reward to the worship of one thousand months. That is why it is called as Laylatul Qadr, the Night of Power or the Night of Destiny.

When the first prime minister of India and the great freedom leader was delivering his historical speech “Tryst with Destiny” in the Parliament in the midnight of 15 Augusts 1947, it was the same time when God’s blessed night dawned on India and the world with all its bounties. It was a blessed movement for India and its people. It was the Night of Destiny and the Indian leader was reminding the nation about the outcome and further course of “tryst with destiny”. It was the night of power, and the leader of the nation was ensuring all powers to its people.

The product of the blessed night 1400 years back was the Holy Quran whereas as that of 1947 the Constitution of India. There are many similarities between these two blessed books of human organization. Both make it essential to uphold human dignity, human brotherhood, freedom, human welfare, justice and equality high. The focus of both is human development. The first one prescribes complete belief in the Almighty God for actualization of its goals; the other one makes it obligatory to take oath in His name to pledge a constitutional rule in the country.

In his celebrated speech Jawaharlal Nehru said, “We are citizens of a great country, on the verge of bold advance, and we have to live up to that high standard. All of us, to whatever religion we may belong, are equally the children of India with equal rights, privileges and obligations. We cannot encourage communalism or narrow-mindedness, for no nation can be great whose people are narrow in thought or in action.”

The Quran which began coming down in the blessed night stresses in numerous places on the establishment of justice and truth, fulfilment of covenants, Rights of People (Huquq ul Ibad), accountability and common good. It says, “You are the best people raised to guide mankind towards the promotion of the Right and eradication of the Evil.” It reminds that human kind is basically one integrated whole, brought into being from a common parenthood, and it exists as a larger family, and differences among people are subsidiary and trivial in nature as against their intrinsic unity and they remain there just for trial to prove who is the best among mankind.

After a brief golden age, Muslims have generally forgotten to remember and internalize these majestic principles in their life as they are imbedded in the Quran. Indians are also generally failing in keeping up with the spirits of the Constitution, after a brief spell of hope.

There are internal conflicts among Muslims in many countries on sectarian grounds although the Quran instructed them to hold fast the rope of unity. The communalism is making the life of common Indian miserable in spite of the fact the Indian Constitution places high value on fraternity of all Indians.

The blessed night of 27 Ramadan comes every year and reminds the believers of Islam that they should imbibe the message of the Quran in their life. 27 Ramadan also recurs and reminds all Indians particularly the Muslim citizens of the country to make diehard efforts to uphold the spirit of the Constitution and give value to the rule of law.

Both the books, which have their origin in the blessed night, insist on the development of human civilization and not on barbarism. Unfortunately, both Islam and nationalism are rampantly used by their fanatic followers for their partisan ends, bringing infamy to their respective ideals.

It’s true that, as Indians, people have failed to live up to the high ideals of the Constitution. It is equally true that Muslims’ life may be seen far from the core ideals of the Quran. This is human nature. The zenith of human achievement is very, very high. Perhaps, he will never reach to that point. But, the beauty of human nature is that he should go on trying to come along there. His failure should not frustrate him to do what is good. Rather, it should motivate him make the other effort, may be thousand times.

Shall Muslims as the believers in the value of 27 Ramadan reflect on their role in the country both as loyal to their faith as well as stanch to their nation and also as the vanguards of the Quran and the Constitution of India alike? Shall they pray in this blessed night for the realization of the high ideals epitomized in the Quran and those codified in the Constitution of India? Shall they spread the message of love, peace and brotherhood across the board?

Let the Blessed Night (Laylatul Qadr) this year enlighten minds of people of India and members of the Indian Muslim community to march on the chosen path which the Destiny wants them in the rare coincidence of the Day!

Abdul Rashid Agwan is an analyst, social activist and author of many books including his recent one, Islam in 21st Century: The Dynamics of Change and Future-making