Saif-Kareena Marriage Violation Of Shariah, Says A Maulana, Denies The Divinity Of Hindu Scriptures To Declare The Marriage Invalid

Commenting on film Star and Nawab of Pataudi Saif Ali Khan’s recent marriage with another film Star Kareena Kapoor, a frequent contributor to Urdu Press and a syndicated columnist Maulana Abdul Hameed Nomani writes (you can read the entire article in translation in detail page as well as the original in Urdu section): “Islamic Sharia forbids marriage with any non Muslim except with pious and believing Jews and Christian women (the people of the Book). Even marriage with a member of shib’h-e-ahl-e-kitab (Hindus) is against Sharia and, therefore, invalid.

“Considering this the marriage of Saif and Kareena or for that matter between any other such persons, even if it is solemnised under Marriage Act is un-Islamic and anti Shariah. Under the Muslim Personal Law, offspring from such marriages will not get due recognition and legitimacy as the children of legitimate parents.  In this context, this is a very sensitive and serious issue from the viewpoint of Shariah.”

Not difficult to see why I consider Urdu Press in India (like its counterpart in Pakistan) as a repository of anti-Islamic formulations, un-Islamic exhortations to the gullible Indian Muslim in the name of Islam.  One of the most dastardly, mischievous innovations (bida’at) from the fundamentalist Wahhabi Mullahs who claim to be dead against any innovation in religion (bida’at) is the category of shib’h-e-ahl-e-kitab (resembling ahl-e-kitab) to describe Hindus. In religion, either some community is ahl-ekitab or it is not ahl-e-kitab. What is this silly business of shib’h-e-ahl-e-kitab?  Where does it come from? This has never been explained. Cannot be explained. It has no basis in Islamic thought.

The problem is that these Islam-supremacists know very well that Hindus are indeed ahl-e-kitab. Hindu scriptures contain verses that herald Qur’anic verses and concepts of the divine in an uncanny manner. Almost word for word sometimes. The similarity is so close, the verses, concept of God so identical that if there were any evidence of Prophet Mohammad having visited India or been in touch with Indian religious scholars, we would have surely heard of charges of plagiarism against the Prophet.

But, as it happens, this close resemblance in the primary concept of nature of God can only be treated as proof of the divinity and identical nature of the source of both Islamic and Hindu scriptures. No wonder at all, therefore, that when Mohammad bin Qasim invaded and occupied Sindh, and wanted to know how he should treat the local Hindus, he was told by the ulema that they should be treated as ahl-e-kitab. These ulema had studied Hindu scriptures before making up their mind.

But today’s so-called ulema, under the influence of rampant Wahhabism and its extremist, intolerant concept of Islam-Supremacism cannot possibly consider any one equal to them.  Hence the need for religious innovations (bid’at) that they otherwise claim to abhor. These so-called scholars, of course, forget that a Muslim cannot be a Muslim unless he believes in all the prophets who came prior to Prophet Mohammad (saw), all 124000 of them and gives them all equal respect, while maintaining closest and most intimate personal and social including matrimonial relations with their followers.  – Sultan Shahin, Editor, New Age Islam 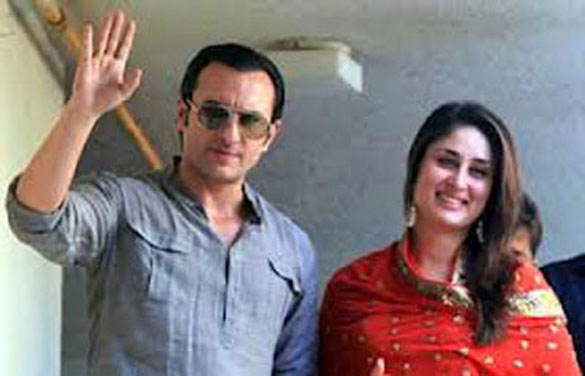 Inter-religious marriage is a topic of heated debate today. Saif Ali Khan and Kareena Kapoor’s marriage has added more heat to it. At a time when return to religion and spiritual values has been a fast rising trend among the distressed Muslims, Sikhs, Christians and Buddhists giving impetus to a trend of religious supremacism, a peculiar attitude towards inter-religious marriage is also gaining ground in a section of the society.

People like Swami Agnivesh are also in favour of promoting and facilitating inter-religious marriages. In the changing economic, social, cultural and educational environment, young boys and girls belonging to different religions are coming closer and even want to convert their growing relationship into marital one to spend the rest of their lives as husband and wife. This section values ‘love’ more than the religion they follow. According to them, ‘love’ and the union of two hearts is above everything. This section includes Muslim boys and girls as well. There is another section which does not value religion at all and do not see any importance and need of religion. Despite belonging to different religions, they do not see anything wrong or face any barrier in establishing a conjugal relationship. In the context of Islamic teachings, the issue of inter-religious marriage is a sensitive one and raises many questions and creates many problems.

Islamic Sharia forbids marriage with any non Muslim except with pious and believing Jews and Christian women (the people of the Book). Even marriage with a member of shib’h-e-ahl-e-kitab (Hindus) is against Sharia and, therefore, invalid. Considering this the marriage of Saif and Kareena or for that matter between any other such persons, even if it is solemnised under Marriage Act is un-Islamic and anti Sharia. Under the Muslim Personal Law, offspring from such marriages will not get due recognition and legitimacy as the children of legitimate parents.  In this context, this is a very sensitive and serious issue from the viewpoint of Shariah.

Therefore, the message that such inter-religious marriages are not considered held in the first place should reach every true Muslim. It is testified by the clear teachings of the Quran, the sunnah and the Islamic jurisprudence and It is a collective problem of the Muslim community. There are no differences even between the Shia and Sunni sects on this issue.

Islam forbids its followers from every such action which takes them on the way to Shirk (polytheism) and Kufr (infidelity) and  the belief in Oneness of God and Prophethood is weakened. This issue is associated with its basic principles and tenets. Moreover, the purpose behind the conjugal relationship between a man and a woman is, apart from achieving peace and comfort, the strengthening of mutual bonds, union of two families and the formation of an ideal society and home with the help of perfect harmony in thought and practice. Inter-religious marriages are not in harmony with this purpose.

Islam is not merley a complete system of life as many people say without much thought, but it embodies such beliefs and ideologies that Islam wants to safeguard at any cost. In such a situation, the husband and wife adhering to different thoughts and practices cannot create an atmosphere of mutual understanding and cannot continue ther journey towards a common destination. There can be only one option for the husband and wife to renounce their respective religious beliefs, which is not at all acceptable in Islam. Such people lose their credibility in the Muslim society for sacrificing their thought and beliefs for their shallow emotions despite having alternatives to lead a conjugal life and became guilty of putting faith and infidel on the same podium. This also hurts the objective of the prophethood. This is such an aspect of inter-religious marriage that should be in the mind of every one in the Muslim society.

According to the concept of life of the Muslim Ummah, life does not end here in this world. It should not be taken as if we have to live and enjoy here as much as we can in the given span of life rather we must believe that it keeps moving forward and changes into an eternal life. More than practicing it ourselves in our life, it is more necessary to take this message to all Muslims, to the extent of our reach.

The Core reason of a Muslim marrying a non-Muslim is that they have strayed away from their ideological and theoretical basis and they have been cut off from the mainstream of their community and their scholars and intellectuals otherwise there is no question of their entering into such a marriage which is restricted by the Book in clear terms and which is unanimously followed by the ummah. (See Surah-e-Baqara: 221 and Durre Mukhtar Kitabun Nikah).

It is not only Bollywood actors Saif Ali Khan, Aamir Khan and Shah Rukh Khan but people from other walks of life have also been tying nuptial knots with non Muslims in the present and the past.  Many Mughal emperors had also married non-Muslim women. Sikh ruler Maharaja Ranjit Singh had taken one Muslim woman in his harem. When Maharaj Kishan Prasad, a senior officer in the Nizam of Hyderabad’s kingdom had married a woman of the syed family, it had created a furore. Ulema had reacted sharply when Professor Rashid Ahmad Siddiqui’s daughter Salma Siddiqui had married famous novelist Krishna Chandra.

In every age, Ulema and Jurisprudents (Fuquaha) of Ummah have considered such marriages to be illegal, un-Islamic, anti Sharia and thus haraam.  Representatives and scholars of Hindu religion declare such marriages as wrongful an even call it an act of licentiousness. Raj Kumar Shastri who had participated in a discussion on the subject on India TV on 16th of October 2012 with me had expressed this view.

It is the responsibility of the scholars of Islam present the real issue of inter-religous  marriage before the masses with full force. Whether they accept or reject the message is an altogether different issue.

This notion from the members of the Muslim society needs to be removed that life can be lived in a casual manner. A believer should lead a disciplined life under a specific belief and ideology.

It is good that the Vice Chancellor of Dar ul Uloom Deoband, the Al Azhar University of India, issued a timely statement declaring such marriages illegal from the Sharia point of view. On the other hand English/Hindi media had tried its best to confuse the matter by stating that Deoband had given ‘relief’ to  Saif and Kareena. Not issuing a fatwa does not mean ‘relaxation’. Fatwas are issued on queries. Saying something that damages the honour of a esteemed institution by ignoring the principles of issuing a fatwa demonstrates a particular mindset.

Islamic scholars and jurisprudents have always shown unanimity and consensus on the issue of inter-religious marriages. And it stands unchanged till today. It is a different matter their interpretation and explanations of the issue do not get due space in the media or do not reach the people concerned with the clarity that is required. Ulema and jurisprudents of Islam do have the authority to question such acts of people despite their oral and practical claim of their association with Islam if such acts put a question mark on their association. The authoritative scholars of Islam and muftis had only used their rights by questioning the the renowned historian of Pakistan Ayesha Jalal and the assassinated minister Salman Taseer’s marriage to non-Muslims.

It is undoubtedly a great job to raise such questions religious tenets and practices and ideas and values are being dishonoured and we are living in such an atmosphere where fast reversion to the religion and ignoring it is taking place simultaneously at the international level. In this situation, the people believing in religion and better social and spiritual values especially the religious authorities and the Islamic scholars have a greater responsibility to protest and conform with moderateness and balance.

The issue of inter-religious marriage do not qualify to be ignored particular at a time when miscreants and communal elements are busy spreading hatred.

It is the need of the hour to act with tact and wisdom under the freedom of religion enshrined under the Constitution and also the need of a multicultural society.