A recent episode of an Islamic religious program aired on a private TV station broached the topic of tattoos, questioning whether they were haram (prohibited) or halal (allowed).

The TV show presenter then pointed his microphone to people with tattoos, asking if they knew the marks on their skin were prohibited under Islamic law.

The episode in itself begs the following questions: Was singling out people with tattoos in a religious program right or wrong?

How about other minorities whose lifestyles are not in line with certain religious teachings, such as gay men and lesbians, or people who drink alcohol?

How would broadcasting a strict right or wrong label on people affect the pluralist nature of our society? 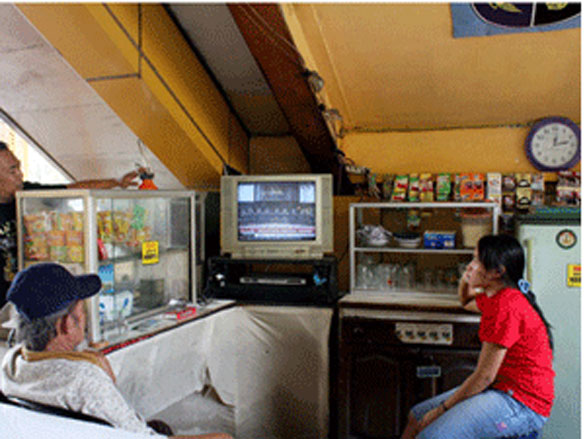 Pervasive medium: Three people watch a television program in a shop at a railway station in Jakarta. Activists argue that many religious TV programs play a symbolic rather than a substantial role in religion, and tend to marginalize minority groups. JP/Nurhayati

Religious programs, which have been around since the early days of TV — when the country only had one public television station, TVRI – usually take the form of sermons delivered by Ulema, priests or Buddhist monks.

In recent years, producers of religious programs have been experimenting with reality-TV types of shows. While some shows focus on one particular topic, such as debating whether something is halal or haram and then interviewing people about the matter, others are a blend of reality shows and religious programs, with family members attempting to get their relative who has strayed from religion to return to it.

Through religious programs, TVs are bringing into everyone’s living rooms strict interpretations of religious teachings in a modern context, which could jeopardize pluralism and religious tolerance.

“However, there are attempts, here and there, from the majority to dominate the minority,” he said.

The majority of people in Indonesia are Muslims. The Indonesian Ulema Council (MUI) has often stipulated divisive edicts or fatwa. In 2005, the MUI released an edict stating that pluralism, liberalism and religious secularism were haram.

Since then, a number of Fatwas have been released, including a ban on smoking, women riding on the back motorcycles, hair straightening, hair-dyeing and on taking pre-wedding pictures. 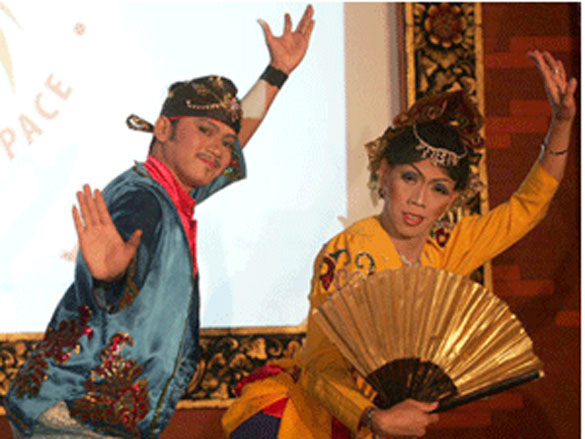 “We’re not a Pancasila country anymore,” he said, referring to the country’s principles. The country has a motto, Bhinneka Tunggal Ika or Unity in Diversity that represents Indonesia’s pluralistic society.

KPI, Sasa said, regulates what can and cannot be broadcasted on TV.

“And one requirement is that television stations should respect pluralism. Minority groups like gay men and lesbians, not just people from different religions, should also be respected,” he said.

After all, the KPI – through the Press Board (Dewan Pers) – monitors news, entertainment or infotainment programs to ensure they adhere to a code of journalism ethics.

“For talk shows or regular television programs, we do the monitoring ourselves,” he said. “There are programs that could be construed as fuelling intolerance. But we have to see to what extent,” he said.

Director of the Jakarta-based International Center for Islam and Pluralism (ICIP), M. Syafi’i Anwar, said many religious programs on television acted more as symbols than anything else.

“Television makes sure religious programs are merely entertainment,” he said.

“The programs are artificial and symbolic. Therefore we see a lot of people go to Haj but corruption is still rife; many mosques are being built while many people are still homeless,” he said.

Because programming on TV channels is driven by ratings and profits, much of the preaching or dakwah on TV is not educational, Syafi’I went on.

Syafi’i said dakwah should not be judgmental. “It [the preaching] should be persuasive instead.”

“Dakwah should be carried out with wisdom… meaning we should not be judgmental,” he said.

Even if religion disagrees with certain activities or attitudes, one should not be judged by them, he added.

“The only good way to preach is by highlighting role models, or leading by example, not by being judgmental.”

Islam spread across Indonesia through persuasion and dialogue, Syafi’i said. The nine wali or saints who spread Islam in Java in the 15th century used local arts and culture influenced by Hindu and Buddhist culture.

“That’s why Islam in Java has rituals such as sekaten… because of the mix of culture,” he said of the ritual welcoming the Islamic New Year. 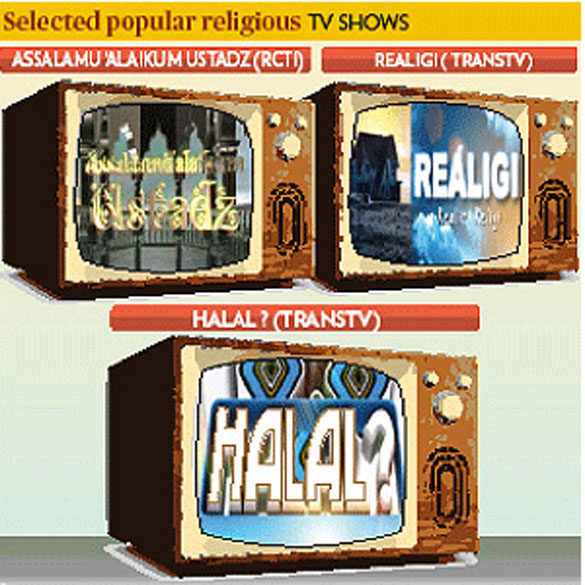 Television is a very important media to promote pluralism, Syafi’I said. Religious leaders in TV programs should use a persuasive method that will give religion a friendly face.

“Some religious leaders lack wisdom when examining the problems plaguing society,” he said.

“Religion is supposed to be the energy that can bring change and promote messages to humanity.”

However many religious programs in Indonesia are still very shallow and do not touch the substance of complex problems in society, he said, as they have misunderstood how to apply religion to modern life.

They do not try to delve into the problem, and in the end it alienates religion from society,” he said.

Maman said the current religious programs on television reflected a more Arabic interpretation of Islam, with preachers wearing long robes and sermonizing about strict interpretations of the religion.

When preaching religion, Ma-man said, religious leaders should focus on the liberating and emancipating aspects of the religion, and address human rights violations and other social problems in the community.

“It is time for religious leaders to tackle societal problems seriously. There should be a dialogue between religious leaders and the community, in which both parties respect and appreciate each other,” he said.