Holi: Anjali, You Are As Pakistani As I Am!

Let’s see if this incident changes your mind.

It was about 10 pm and I was sitting by the window in my dorm room on the third floor of the girl’s hostel at the National University of Science and Technology (NUST) when suddenly the peaceful hum of the night air was broken by the chorus of a song, which I guessed was ‘huqah bar’, resonating in the air. 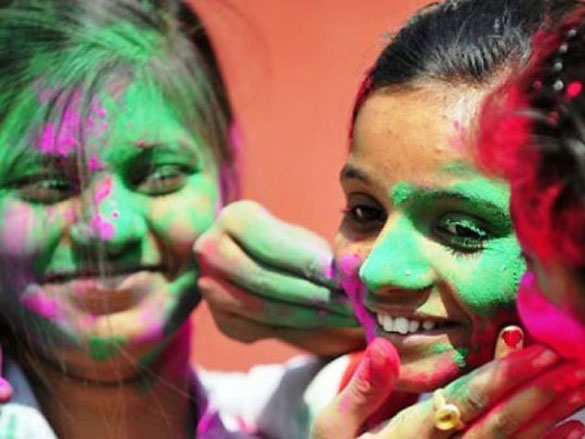 This is what Pakistanis truly were; united, full of life, love and oblivious to any differences. PHOTO: AFP

Some 15 girls were seen running around, laughing, dancing and chanting away the name of another girl in the crowd.

Roars of laughter, screams of glee and then suddenly a burst of colours!

I bent forward, tipping a slight bit over my window sill to see what all the fuss was about and then it caught my eye. All the girls were carrying bottles and little balloons filled with coloured water, running around in an attempt to splash the other with the colour!

At this point, I must remind you that at NUST there are a distinct set of rules and regulations monitoring the discipline of the girls residing at the hostel. We have a set curfew of 9:30pm after which we are not allowed to be outside the hostel premises. On any regular day, past 9:30pm you will hardly find any girls roaming about; most of them are up in their rooms studying, sleeping or chatting with other girls, again in the privacy of their respective dorm rooms. That’s it, that’s our life and that’s what we’re used to.

But last night was different.

Last night was Holi, yes the Hindu festival in which they pray for the triumph of good over evil and then celebrate the night with music, dancing and throwing colours on one another.

Anjali is an engineering student at NUST who lives with us here at the hostel. She is a Pakistani Hindu and today was her day of celebration. Unfortunately, due to the hectic load of classes and our upcoming examinations, Anjali was unable to go home to her family and join in on the celebrations so she chose to miss Holi. But today was Anjali’s day! Did she think we would honestly forget about Holi?

Please don’t misunderstand me – we did not break any rules. According to the regulations set out, we were within the four walls of our hostel. We were not studying for the exams next week, we were not sleeping and weren’t even in the dining hall having dinner. We were all outside laughing, singing, dancing to the latest Bollywood songs and splashing each other with balloons filled with different coloured water.

We were outside celebrating Holi with our friend.

We were out playing under a vibrant rainbow of splashing colours.

The night was glorious, full of fun laughter and life, but what stuck me the most was the expression of love, happiness and contentment in Anjali’s eyes. You could tell that she felt like she was home; she felt like she belonged here. Her expression instigated a burst of pride within my heart. This is what Pakistanis truly are: united, full of life, love and oblivious to any differences. In that moment I was a true Pakistani, a Pakistani that Jinnah wanted each one of us to be. I was a proud Pakistan, so was Anjali and were the 15 other girls celebrating with us!

I chose to write this piece to serve as a reminder to the people of Pakistan and also because the emotions I felt last night filled me to my core.

It was because Anjali felt that she belonged that I felt like I belonged. 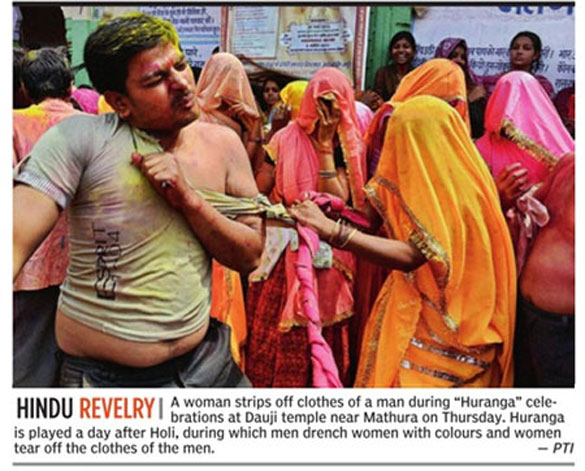 Anjali’s smile is what I visualise painted across the future of this country. Our hearts will lead the way and our laughter will be the guiding light.

Not only did this eventful night bring vibrancy and excitement in our lives for those few hours, it also made me think that if we, a handful of Pakistani Muslims girls made sure that our Pakistani Hindu friend celebrated a night, that to her was akin to Eid, then how many others out there are doing the same thing?

And now, after the narration of my eventful night, I ask you again, do you still think we are all intolerant?

Do you still think that ‘all’ Pakistanis hate anyone outside the umbrella of Islam?

Sitting here, today, I know that Anjali is one of us, and this is my message to all the Anjalis, Catherines, Sarahs, Jasmines, Ashantis and Fatimas - we are all one, we are all Pakistanis.