Allah has created this world like a garden, where there are flowers of different colours, sizes and fragrance. Some of the flowers do have thorns in them, even then those flowers are a part of the beauty of the garden. Besides being thorny they carry fragrance which attracts people towards them. Not all the flowers carry pleasant fragrance. Some flowers do have the fragrance you do not like but it does not mean that they are not beautiful and a valuable part of the garden. In the gardens, we have trees of different shapes and sizes having different kinds of fruits - sweet and sour. Sour fruits are not useless, sometimes they are very useful as they are used for medicines of the diseases that cause pain and sometimes death to human beings. So even the fruits human beings do not like to eat are useful to them, hence cannot be cut and thrown. In some cases they are protected for the benefit of humanity. 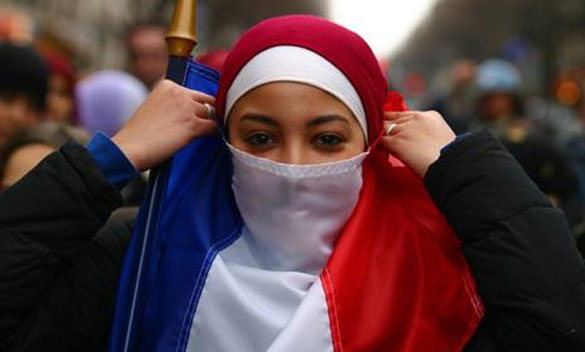 In the same fashion, the world we are living in has people of different colours, castes, creeds and religion. They have different festivals, different ways of living with different habits of food and different fashions of clothing. We may not like some of them for their colour, castes or religion but they also are as useful as the sour but life-saving fruits.

We the people of this world are like the different varieties of flowers and trees of the garden, called the universe. We are made for each other and are necessary for the beauty of this creation. We all have to be a part of this garden to make it beautiful, peaceful and harmonious. Some of us may not be liked by some others among us, but those people are also a part of this world and are as necessary as those sour fruits of the garden which we do not like to eat, unless it is necessary to save our life.

Islam Understands the Value of Differences; It Values and Respects Them

Islam has created a world where all its inhabitants have equal rights, be it in social matters or religious. Islam does not consider people with their religious beliefs but as a human being created by Allah, the creator. Islam knows that all do not belong to the same social concept and the same religious concept but they all belong to the world, created by God with all its magnificent and glorious colours and customs and creeds.

Allah, the Almighty has never talked of only Muslims but for the whole world and the people reside in it. The following very well-known Ayat of Surah Al-Anbiya tells it all.

In the eyes of Islam, Muslims and Non-Muslims both are a part of this amazing world and so to keep the harmony of the society going, Allah in His Book, the Holy Quran has time to time given commands to His servants guiding to act with their parents, relatives, friends and neighbours.

If a Muslim has non-Muslim parents and if the parents are reluctant to let him follow Islam and teach him Shirk, the following Ayat is revealed for the guidance in Surah Lumen 31: Verse 14-15, as under:

And We have enjoined upon man [care] for his parents. His mother carried him, [increasing her] in weakness upon weakness, and his weaning is in two years. Be grateful to Me and to your parents; to Me is the [final] destination. (14) English - Sahih International The Noble Qur'an

But if they endeavor to make you associate with Me that of which you have no knowledge, do not obey them but accompany them in [this] world with appropriate kindness and follow the way of those who turn back to Me [in repentance]. Then to Me will be your return, and I will inform you about what you used to do. English - Sahih International

The above mentioned Ayats are commanding the Muslims not to obey their non-Muslim parents when they try to deviate them from the righteous path and ask them to commit Shirk but to treat them with kindness.

Asma’ bint Abu Bakr As-Siddiq (May Allah be pleased with her) said:

“My mother came to me while she was still a polytheist, so I asked the Messenger of Allah, ‘My mother has come to visit me and she is hoping for (my favor). Shall I maintain good relations with her?’

He (peace and blessings be upon him) replied, ‘Yes, maintain good relations with your mother’” (Al- Bukhari and Muslim).

‘Beware, if anyone wrongs a Mu`ahid [i.e. a non-Muslim enjoying the protection of Muslims], or diminishes his right, or forces him to work beyond his capacity, or takes from him anything without his consent, I shall be his adversary on the Day of Judgment” (Abu Dawud).

And the Hadees narrated by `Abdullah ibn `Amr:

The Prophet said, “Whoever killed a Mu’ahid shall not smell the fragrance of Paradise though its fragrance can be smelt at a distance of forty years (of traveling).” (Al-Bukhari).

Muslims residing in the Muslim countries have much to learn from the above two Ahadith and exhibit the Islamic character by protecting the social, political and religious rights of all the non-Muslim brethren.

Even doing business with non-Muslims is not forbidden as Allah apostle, Prophet Muhammad (SAW) used to have business relationship with them. Consider the following Hadith narrated by Hazrat Aisha (RA):

“The Messenger of Allah bought some food on credit from a Jew, and he gave him a shield of his as collateral (ضمانت)” (Al-Bukhari and Muslim).

The Hadees narrated by Jabir ibn Hayyan about the respect shown to the non-Muslim funerals:

“The Prophet and his Companions stood up for the funeral of a Jew until it disappeared” (Sunan An-Nasa’i).

The world today is mired in sectarianism, communalism, regionalism and hypocrisy and hatred towards each other, unknown of slipping towards the end of the tunnel of more darkness harming the social ethos, that are the beauty of this world. Let us take lessons of love and harmony from the flowers, the trees and the fruits. Let us not be like the wild animals of the dense forest where each one of them is prying on each other. Let us live together. Let not the Islamophobes lies of Muslims hate all others spread. It certainly is not going to bring any positive result towards you as one reaps what one sows. 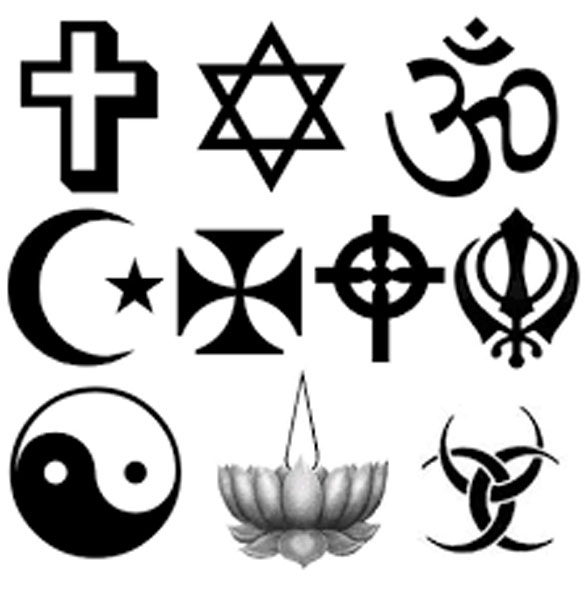 Islamic teachings of love and equality, in the Quranic Ayats and Ahadith, are the answer to the Islamophobic utterances of the Islam haters, if understood and followed. Followers of all the religion must understand that spreading hatred and talks of ‘others versus us’ is harmful for the cultural ethos that create the beauty of diversity all over the world. It is not about Islam alone, no religion has ever talked of hatred and hypocrisy.

We all must follow, ‘For you is your religion, and for me is my religion.”