Does ‘Eye for an Eye’ Have a Place Today? 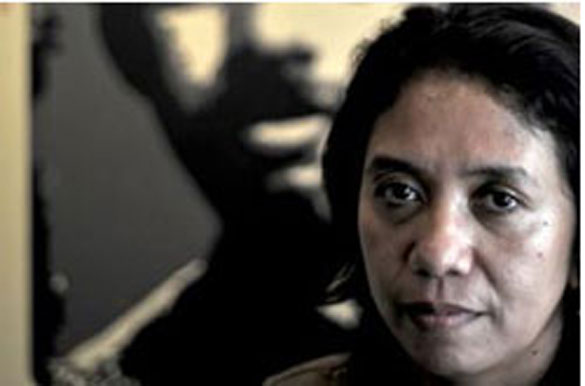 As people across the world mark Human Rights Day today, prominent rights groups are raising awareness of one violation that is often overlooked in Southeast Asia: The continued existence of the death penalty.

The report “When Justice Fails: Thousands executed in Asia after unfair trials,” released this week by the Anti-Death Penalty Asia Network, highlights the cases of eight people on death row in various countries in the Asia-Pacific region.

It included a Nigerian, Humphrey Jefferson Ejike Eleweke, who was arrested for drug offenses in 2003 in Indonesia and sentenced to death a year later.

“Only a small number of countries in Asia are still using the death penalty, but their actions cast a shadow over the entire region,” Adpan coordinator Louise Vischer said in a statement.

“With high numbers of people being sentenced after unfair trials, this causes innocent people to be executed.”

Adpan is an independent informal network with 51 members committed to working for the abolition of the death penalty within the region. Its members are individuals and organizations, including Amnesty International, mainly from Asia and the Pacific.

From Torture to Death

Even though Indonesia acceded to the UN International Covenant on Civil and Political Rights in 2006, the country still doles out capital punishment for terrorism, production and distribution of illegal drugs, and other crimes that lead to deaths.

According to the report, however, the way Indonesia practices the death penalty falls short of international fair trial standards, since it still uses torture and coercion to extract confessions.

“Even though the Constitution prohibits the use of torture and the Indonesian Criminal Code states that any information a suspect provides to police must be free from coercion, Indonesia has yet to make torture a criminal offense,” the report said.

Adpan based its conclusions on visits by the UN Special Rapporteur on Torture, which concluded that torture was practiced by law enforcers routinely.

“Both the UN Special Rapporteur on Torture and the UN Committee Against Torture expressed concern at the long periods of time that detainees are usually held in police custody before being brought in front of a judge,” the report said.

“Torture remains widespread and forced confessions are routinely relied upon in court.”

The Special Rapporteur noted: “The overwhelming majority of the detainees interviewed indicated that the ill treatment was used primarily to extract confessions or, in the case of drug-related crimes, to receive information on drug suppliers. Some detainees were told they would be spared if they paid a large sum of money.”

Those who had already gone to trial “reported in unison that their coerced confessions had been used during the court proceedings and that objections they had raised were not considered by the judge, prosecutor or even their own legal aid clerk.”

The report highlighted that over 100 people are on death row in Indonesia, 58 convicted of drug trafficking. Many are foreign nationals. Ten people were executed in 2008, compared to 11 executions recorded in the whole of the preceding decade.

At least seven people were sentenced to death in 2010, but since 2008, there have been no recorded executions.

The numbers were confirmed by National Narcotics Agency (BNN) spokesman Sumirat Dwiyanto, but he denied the use of force in extracting confessions.

According to Ganda Upaya, a University of Indonesia sociologist, the majority of Indonesians see the death penalty as a fair punishment for severe crimes.

“Different tribes in Indonesia define fair as ‘an eye for an eye,’?” Ganda said, adding that Islam, the religion of a majority of Indonesians, also endorsed the concept.

“It’s not about what’s modern or not, because even in developed countries the death penalty is still legal.”

Haris Azhar, coordinator of the Commission on Missing Persons and Victims of Violence (Kontras), believes the public’s support of the death penalty is driven by frustration over the country’s weak law enforcement.

“The public has reached a point of desperation that sees the only way to get justice is by death,” Haris said. “There is little faith that the legal system can restore a deviant person back to society.”

Ismail Hasani, a researcher at the Setara Institute, said many public figures in the country are actively promoting the death sentence — “especially legal experts with an Islamic background who have been vocal in this matter,” he said — and that this was shaping the public’s perception.

“We oppose [the death penalty] because it violates the right to live, which is the most fundamental and non-derogable right,” Ismail said. “Besides, there is no empirical proof that the death sentence has a deterrent effect.”

While Indonesian courts have handed out death sentences for terrorism and drug-related crimes, one type of crime has so far eluded punishment: human rights abuses.

“All human rights abuses come from ‘powerful’ groups, and it has been very hard to convict them,” Haris said.

Prabowo was discharged from the Army in 1999 after a military court found that units of Kopassus, which he led at the time, had kidnapped political activists perceived as threats to the government in 1997 and 1998.

Prabowo is also accused, along with Wiranto, of human rights violations during Indonesia’s withdrawal from East Timor in 1999. Hendropriyono was head of BIN during the alleged plot to assassinate human rights campaigner Munir Said Thalib.

When asked whether he would like to see human rights offenders receive the death penalty, Haris said he would not.

“Of course you cannot punish a human rights offender by something that violates human rights,” he said. “There needs to be a professional legal process first to determine the level of crime and punishment.”

“The most obvious indicator of the lack of meaningful progress in human rights is the unresolved human rights cases, along with the long list of additional human rights abuses by the state,” said Angger Jati Wijaya, chairman of the Indonesian Legal Aid and Human Rights Association (PBHI).

PBHI cited the 184 attacks between January and August against Ahmadiyah, a minority Muslim sect, and the excessive force used by security forces during the disbanding of the Papuan People’s Congress in Abepura in October, among other incidents.

“The state’s neglect of the beleaguered GKI Yasmin church congregation and the ratification of the Intelligence Law are other examples,” Angger added.

“The implementation is still far from the expectation. The government still ignores most of Komnas HAM’s recommendations,” he said, referring to the National Commission on Human Rights.

Nasir accused developed countries of hypocrisy in their promotion of human rights.

“If a country like America also applies a double standard in human rights, then Indonesia will not feel that bad if they are not categorized as a country that uphold human rights,” he said.