Human Rights Commission of Pakistan: Little Evidence That the Incidence of Honour Crimes Has Abated

By Sahar Bandial and Nighat Dad

ACCORDING to Human Rights Watch, almost 1,000 women are murdered in Pakistan in the name of honour each year — killed on the grounds of ‘unacceptable’ amorous relationships, defiance of physical or cyber-gendered spaces, brazenness in dressing and language or perceived immorality.

Qandeel Baloch was one such woman who was shunned and eventually killed for challenging entrenched patriarchal norms. Her struggle warrants particular mention because she inspired and propelled (though posthumously) critical reform in the law that deals with ‘honour’ killing in Pakistan. This year marks her fourth death anniversary.

Qandeel reclaimed — or at least attempted to reclaim — online spaces in a society that strictly limits women’s access to public spaces. Through her bold and vocal videos and statements, Qandeel asserted her independence to live according to her own choices, and refused to conform. And for that, she was seen as a slight to her family’s so-called honour, as someone who deserved to be brutally killed. In the aftermath of her death, Qandeel has been reimagined as a symbol of defiance, independence and women’s empowerment, but her death is also a reminder of the fate of bold and vocal women in Pakistan who challenge the status quo, and societal notions of what is acceptable, decent, and proper.

Many others have since met a similar fate. Earlier this year, two teenage girls were brutally murdered by a family member in a Waziristan village, after a video of them surfaced on social media. In July, 24-year-old Waziran was stoned to death in Jamshoro by her husband and brother, allegedly on the pretext of honour. Last month, police named a man who had shot dead his 19-year-old sister in Karachi because of her “constant interactions” with a “man in the neighbourhood”. 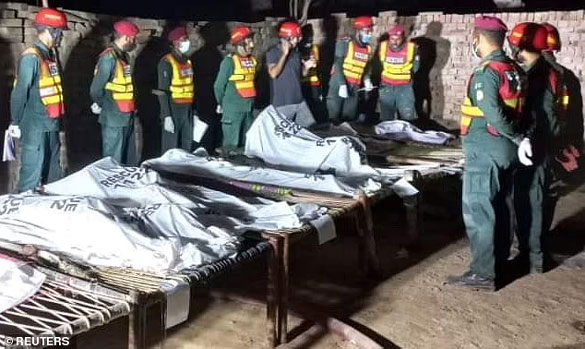 In our law, taking a person’s life — mostly women — in the name of honour has been treated differently from conventional murder.

The courts’ decisions have often viewed the accused — mostly men — in such cases with particular empathy, treating the ‘affront’ to his honour in, let’s say, finding his sister with her ‘lover’ as a mitigating circumstance that entitles him to a lesser punishment. Confronted with such a situation, it has been reasoned in the past that a man may have been so gravely and suddenly provoked that he lost his power of self-control, causing the death of the person responsible for the so-called ‘provocation’. Taking a person’s life in such state of loss of self-control would not amount to ‘murder’ but to ‘culpable homicide’ punishable at the judges’ discretion to imprisonment for a term varying from 10 years to life imprisonment.

Despite judgements to the contrary, such rationale — which is based on a legal exception that was removed from our law some decades ago — has on occasion been upheld by Pakistan’s superior courts in cases of honour killing. This, coupled with the erstwhile capacity of a victim’s Wali, or legal heir, to either compound the offence and/or waive the right of Qisas (retributive penalty) by forgiving the person guilty of killing for honour (often a relative) has unfortunately permitted (relative) impunity to such murderers under our law.

The legislature has made relevant amendments to the Penal Code and the Code of Criminal Procedure twice in the recent past — first in 2004, and again in 2016, following the brutal murder of Qandeel Baloch — to provide that Qatl-i-Amd, or murder committed on the pretext of honour, shall be subject to a minimum penalty of life imprisonment regardless of the compounding of the offence and/or waiver of Qisas by the victim’s family. The amended law has thereby rescinded the courts’ erstwhile discretion and the requirement of a family’s preference and/or consent in sentencing in such cases.

There was hope that such amendments had closed the “loopholes and lacunae in the existing laws”. However, judicial verdicts continued to hand out concessions to murderers who had killed women, and in some cases men, in the name of honour. In 2018, the Supreme Court, by relying on the principle of grave and sudden provocation, reduced the life sentence of an accused who had admitted to murdering his sister-in-law in the name of ghairat or honour, to that of rigorous imprisonment of 20 years.

It is in this context that the importance of the Supreme Court’s recent decision in ‘Muhammad Abbas v The State’ must be appreciated. First, the order unequivocally held that following the 2004 and 2016 amendments, murder committed in the name of honour is subject to the minimum penalty of life imprisonment, even where there may be an element of grave and sudden provocation. Second, in passing the order, the court effectively overruled the treatment of grave and sudden provocation, through an affront to a person’s honour, as a mitigating factor in the treatment of and sentencing in honour killing cases.

Lastly, the apex court emphasised that “the Holy Quran … does not permit killing on the ground of adultery, let alone on the ground of Gharat [honour] … nor prescribes a lesser punishment for such killings”. All lives are sacred in Islam, the court reasoned, and a murder committed in the name of honour does not entail lesser culpability.

With the door hopefully shut to the application of the principle of grave and sudden provocation in honour killings, and the Supreme Court’s clear emphasis on the minimum penalty of life imprisonment for killing over honour, the loopholes in the law may have finally closed.

Sahar Bandial is a lawyer.

Nighat Dad is a lawyer and founder of Digital Rights Foundation.

Original Headline: The ‘honour’ in murder