Under Imran Khan’s Rule, Judiciary and Media in Pakistan Face a Grave Crisis

1.    The judiciary was compromised in the graft case against Nawaz Sharif accused a senior lawyer

2.    The proceedings of the Asma Jahangir Memorial Conference were disrupted by the government and agencies.

3.    57 journalists of Pakistan have been assassinated during the last 20 years.

5.    Many journalists and social media activists live in exile in European countries for fear of life in their motherland. 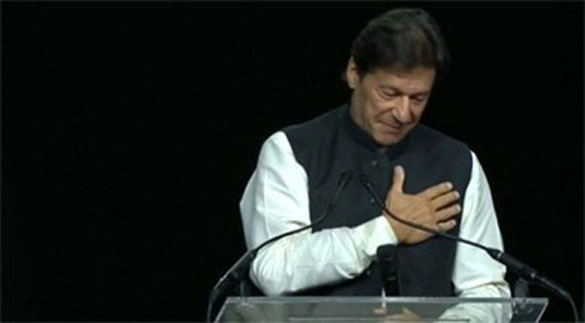 Mehmal Sarfaraz’s article ‘Sound of Silence’ underscores the grim reality of journalism in Pakistan. Though during the most part of Pakistan’s history, journalists, intellectuals and litterateurs have faced the wrath of the military and the government, the cases of harassment, torture, disappearance and assassination of journalists and social media activists have gone up during Imran Khan’s government.  The author brings to the fore the upper hand the government has over the judiciary, which is responsible to uphold the constitutional rights of the citizens of the country. Accusations by senior judges and bureaucrats reveal the judiciary was manipulated and compromised to indict former Prime Minister Nawaz Sharif and his daughter Maryam Nawaz. These are very serious allegations which need to be addressed. If the judiciary buckles under the pressure of the Pakistani army and the government, democracy cannot survive and the lives of people, especially of intellectuals and journalists and social activists will remain in peril.

The disruption of the proceedings of the Asma Jahangir Memorial conference held last month only tells to what extent the government can stoop to stop a leading politician of the country from speaking to a conference when he himself is the victim of the alleged manipulation of the judiciary. It is not the first time that politicians, journalists, social media activists and human rights activists have faced state repression of various kinds. According to reports, 57 prominent Pakistani journalists have been killed during the last 20 years.  There are scores of Pakistani journalists in exile because of death threats to them in Pakistan. Taha Siddiquee, Sajid Hussain, Ahmad Waqas are some of the Pakistani journalists in exile. Sajid Hussain was found dead in exile in Sweden. The journalists in exile don’t feel safe even in exile because the Pakistani military and the government hound them in exile.  Ahmad Waqas was assaulted outside his home in Holland.

The journalists who work and live in Pakistan are always the target of the government and the military and they are harassed, tortured or framed in false charges for criticizing the military, the government and religious extremists.  Last year Bilal Farooqee was arrested on charges of ‘defaming” the Pakistani military (perhaps Pakistani military has been raised to the status of a religious institution).TV journalist Ehtisham Kiyani was booked for possessing weapons. Last year, in the biggest crackdown against journalists, the FIA (Federal Investigating Agency) framed false charges against 49 journalists and social media activists for criticizing the government and the army.

The current situation of the judiciary and journalism in Pakistan belies the claim of Imran Khan that under his government, democratic process has seen an improvement. Contrary to his claims, extremism, terrorism and sectarian violence has witnessed rise. Imran Khan needs to address these problems to improve the image of his country in the world and to come out of the Grey List of the FATF.

Yesterday, the veteran Pakistani journalist, Muhammad Ziauddin, passed away in Islamabad at the age of 83. Ziauddinsahab, as we lovingly called him, was someone who can be called an icon of Pakistani journalism. He was one of the bravest and most upright of journalists who did not bow down to any power centre. A true democrat at heart, Ziauddinsahab never compromised his principles and did not mince his words or play to the gallery when it came to calling out anything undemocratic in politics. He will surely be missed, especially at a time when many political moves are afoot and many remain hidden — not to forget the ongoing assault on freedom of expression in the country. 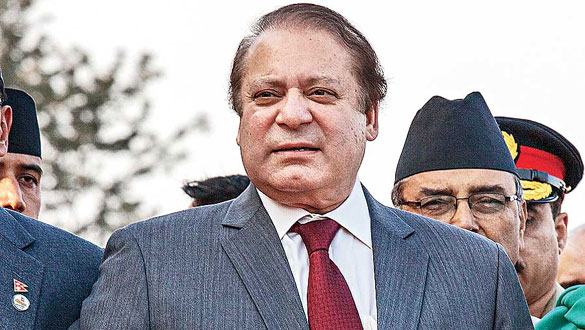 Earlier this month, the third Asma Jahangir Conference was held in Lahore. The conference has been held every year — barring 2020 due to the Covid-19 pandemic — to commemorate the legacy of the iconic human rights lawyer who died on February 11, 2018. The conference, organized by the Asma Jahangir Foundation, the Pakistan Bar Council and the Supreme Court Bar Association of Pakistan, had more than 20 sessions discussing issues regarding dissent, violence against women, freedom of religion and belief, Pakistan’s economy, the Afghan crisis, the Kashmir conflict, and democracy in Pakistan, among others. From its inaugural session to the closing session, the conference created quite a stir. At the inaugural session, the senior lawyer, Ali Ahmad Kurd, gave a fiery speech in the presence of the senior judiciary. He criticized Pakistan’s judicial system and questioned how justice is not dispensed but dictated. The Chief Justice of Pakistan, Gulzar Ahmed, responded quite strongly to Kurd’s allegations and said that neither he nor the judiciary under him took dictations from anyone. “No one dares interfere with my work,” said the CJP and asked Kurd not to bring the honourable courts into any controversies.

Kurd’s speech perhaps came in response to a signed affidavit by the former chief judge of Gilgit-Baltistan, Rana Shamim, who had accused the former CJP, Saqib Nisar, of judicial interference in the cases involving the former Prime Minister, Nawaz Sharif, and his daughter, Maryam Nawaz. Justice Shamim’s affidavit led to a lot of questions. Or perhaps Kurd was making a general comment as the judiciary has seen many a controversy in recent years. A leaked audio of Justice Nisar was published by the journalist, Ahmad Noorani, in which he is allegedly telling an unidentified man how there is pressure on the judiciary to penalize Nawaz and Maryam and pave the way for Imran Khan to come to power. The former CJP has denied both allegations — the one in the affidavit and that in the leaked audio. Perhaps it is time for the superior judiciary to have a dialogue within its own ranks and discuss how this is not the first time that such allegations about manipulating judgments have come to the fore and what can be done to restore the public’s confidence in the judicial system.

Now let’s go back to the Asma Jahangir Conference. This time, the closing session saw a lot of drama where Mian Nawaz Sharif was going to address the participants at the end via video link since he is in London for medical treatment. A couple of hours before Sharif’s address, mobile internet data at the conference venue was blocked. The connection was lost when Sharif began speaking. According to the conference’s organizers, “The internet provider was restrained from providing the organisers with internet services for the conference two hours before the closing and [before] Mr Sharif’s speech was supposed to start.” In the end, the organizers had to take Sharif on a telephone call at the venue so that he could address the conference. Even before his speech could start, the ruling party’s senior ministers had started reacting to the announcement and asked how an absconder could address a prestigious conference where the superior judiciary and diplomats of various countries were invited as guests.

Last year, the Pakistan Electronic Media Regulatory Authority had banned the broadcasting of speeches by absconders and proclaimed offenders, a move that was seen as a way of banning Sharif’s appearances on television. Sharif has been declared an absconder by the courts. But there is no bar on Sharif addressing conferences, party meetings or jalsas (rallies). Unfortunately, the government has gone into an overdrive against the AJ Conference and Sharif’s speech there. Prime Minister Imran Khan has criticized the organizers more than once since Sharif’s speech. Yesterday, Khan asked, once again, how Sharif was allowed to address the event and lamented that societies suffer when they condone wrongdoings. Senior members of his cabinet have asked for explanations from the donor countries who sponsored the event. The human rights minister, Shireen Mazari, tweeted yesterday, “Wondering if foreign donors for an NGO conf in UK would invite a UK convict as chief guest for a session? Apart from UK govt not allowing it, if foreign donor was a diplomatic mission it would be seen as violation of Vienna Conv on Dip Relations Art 41!”

The government’s criticism may be more political in nature but it is also detrimental to an already shrinking space for dissenting voices. The AJ Conference and other such events are fora where people are able to freely voice their concerns on sensitive issues. When such events are targeted by a sitting government, it means that those in power do not want any critical voices whatsoever. Pakistan does not rank well in any ratings related to the freedom of speech and the media. Censorship in the media is nothing new but trying to censor and silence civil society in the name of politics smacks of another attack on the freedom of expression. In a country where there are actually real problems that the government should focus on — economy, inflation and so on — it is sad to see a government going after civil society with such vengeance.

Mehmal Sarfaraz is a journalist based in Lahore