In the Name of God, the All-Merciful, the All-Compassionate

WHEREAS, conditions in various parts of the Muslim World have deteriorated dangerously due to the use of violence and armed struggle as a tool for settling conflicts and imposing one's point of view;

WHEREAS, this situation has also weakened the authority of legitimate governments and enabled criminal groups to issue edicts attributed to Islam, but which, in fact, alarmingly distort its fundamental principles and goals in ways that have seriously harmed the population as a whole;

WHEREAS, this year marks the

1,400th anniversary of the Charter of Medina, a constitutional contract between the Prophet Muhammad, God's peace and blessings be upon him, and the people of Medina, which guaranteed the religious liberty of all, regardless of faith;

WHEREAS, hundreds of Muslim scholars and intellectuals from over 120 countries, along with representatives of Islamic and international organizations, as well as leaders from diverse religious groups and nationalities, gathered in Marrakesh on this date to rea‑rm the principles of the Charter of Medina at a major conference;

WHEREAS, this conference was held under the auspices of His Majesty, King Mohammed VI of

Morocco, and organized jointly by the Ministry of Endowment and Islamic Aairs in the Kingdom of

Morocco and the Forum for Promoting Peace in Muslim Societies based in the United Arab Emirates;

AND, NOTING the gravity of this situation afflicting Muslims as well as peoples of other faiths throughout the world, and after thorough deliberation and discussion, the convened Muslim scholars and intellectuals:

DECLARE HEREBY our firm commitment to the principles articulated in the Charter of Medina, whose provisions contained a number of the principles of constitutional contractual citizenship, such

as freedom of movement, property ownership, mutual solidarity and defence, as well as principles of justice and equality before the law; and that,

The objectives of the Charter of Medina provide a suitable framework for national constitutions in countries with Muslim majorities, and the United Nations Charter and related documents, such as the Universal Declaration of Human Rights, are in harmony with the Charter of Medina, including consideration for public order.

NOTING FURTHER that deep reflection upon the various crises aicting humanity underscores the inevitable and urgent need for cooperation among all religious groups, we

BASED ON ALL OF THE ABOVE, we hereby:

Call upon Muslim scholars and intellectuals around the world to develop a jurisprudence of the concept of "citizenship" which is inclusive of diverse groups. Such jurisprudence shall be rooted in Islamic tradition and principles and mindful of global changes.

Urge Muslim educational institutions and authorities to conduct a courageous review of educational curricula that addresses honestly and effectively any material that instigates aggression and extremism, leads to war and chaos, and results in the destruction of our shared societies;

Call upon politicians and decision makers to take the political and legal steps  necessary to establish a constitutional contractual relationship among its citizens, and to support all formulations and initiatives that aim to fortify relations and understanding among the various religious groups in the Muslim World;

Call upon the educated, artistic, and creative members of our societies, as well as organizations of civil society, to establish a broad movement for the just treatment of religious minorities in Muslim countries and to raise awareness as to their rights, and to work together to ensure the success of these sorts.

Call upon the various religious groups bound by the same national fabric to address their mutual state of selective amnesia that blocks memories of centuries of joint and shared living on the same land; we call upon them to rebuild the past by reviving this tradition of conviviality, and restoring our shared trust that has been eroded by extremists using acts of terror and aggression;

Call upon representatives of the various religions, sects and denominations to confront all forms of religious bigotry, vilification, and denigration of what people hold sacred, as well as all speech that promote hatred and bigotry; AND FINALLY,

AFFIRM that it is unconscionable to employ religion for the purpose of aggressing upon the rights of religious minorities in Muslim countries.

Muslims Advance Consensus for Citizenship for All: The Marrakesh Declaration

(MARRAKESH, 27 January 2016) --- At the invitation of His Majesty King Mohammed VI, 250 of the world's eminent Islamic leaders convened to discuss the rights of religious minorities and the obligation to protect them in Muslim majority states.

This position has historic roots dating to the time of Prophet Mohammed and the Medina Charter. Today's Declaration was issued at a time of heightened social hostility fuelled by violent extremism, widespread Islamophobia and the denial of rights, sometimes justified by misrepresentations of Islamic teachings. 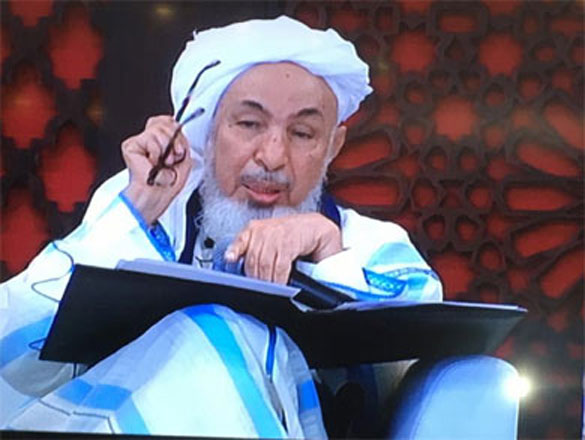 The conference was organized by the Moroccan Ministry of Religious Endowments and Islamic Affairs and the Forum for Promoting Peace in Muslim Societies based in Abu Dhabi. His Eminence Shaykh Abdullah bin Bayyah, the President of the Forum for Promoting Peace and Co-Moderator of Religions for Peace (RfP), offered the keynote address that set the framework for deliberation among the Islamic leaders. Fifty senior leaders from the world's diverse religious traditions other than Islam were invited as observers of the Islamic deliberations.

A summary of the Marrakesh Declaration includes:

"The objectives of the Charter of Medina provide a suitable framework for national constitutions in countries with Muslim majorities, and are in harmony with the United Nations Charter and related documents, such as the Universal Declaration of Human Rights."

"Affirm[s] that it is impermissible to employ religion for the purpose of detracting from the rights of religious minorities in Muslim countries."

"Call[s] upon representatives of the various religions, sects and denominations to confront all forms of religious bigotry, vilification and denigration of what people hold sacred, as well as all words that promote hatred and racism."

The Fifty Religious Leaders Other Than Muslims:

Expressed their gratitude to the Islamic leaders for their unflinching courage and devotion to their tradition and for welcoming non-Muslims among them as observers;

Asked forgiveness for past and current injuries for which their communities are complicit;

Shared particular concerns over violence in the name of religion, limitations of citizenship, restrictions on freedom of religion or belief, and xenophobia, especially Islamophobia;

Committed to follow-up work in solidarity with Muslim brothers and sisters to build a culture of peace; and,

Respectfully expressed the hope that this convening of Islamic leaders will be continued by future regional conferences.

Every attack, every hate crime, every insult, every humiliation is amplified in the media and sends out a polarizing wave, fuelling the rise in hostility. Only religious communities cooperating --- standing shoulder-to-shoulder in solidarity --- can transform this vicious cycle into a virtuous one, in which the good deeds of each community call out to and reinforce the good deeds of the others. RfP is committed to supporting all religious communities in collaborative efforts to build a virtuous cycle for Peace.