The Right to Privacy That Islam Bestowed Upon the Human Being in Its Primitive Age, the Age of Jahiliya, Is Every Now And Then Abused By This Literate World

1.    The right to privacy is a fundamental human right bestowed upon human beings by Allah, the almighty.

2.    The world has achieved remarkable development in every field of science and technology but has also remarkably failed in every aspect of humanitarian ethics.

3.    The human being is supposed to be attentive towards the human rights of fellow beings but it has transformed itself into an insensitive machine

4.    One of the most despicable abuses of the age of materialistic supremacy is the abuse of ‘privacy’. 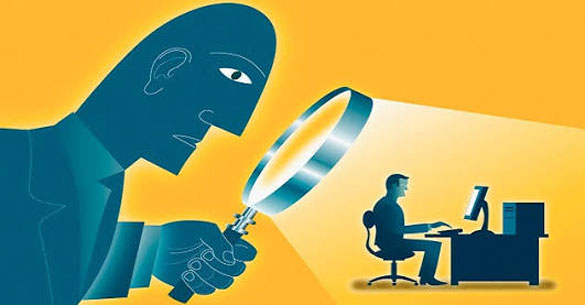 The world has achieved remarkable development in every field of science and technology but has also remarkably failed in every aspect of humanitarian ethics. The world has achieved this development at the cost of its religious, spiritual and emotional ethos. The human mind seems to have gone through the most painful experiences of ethical blankness. Now this materialistic world has developed a society that is bereft of every kind of humane approach towards life.

The human being is supposed to be attentive towards the human rights of fellow beings but it has transformed itself into an insensitive machine that mechanically searches new avenues for the fulfilment of its devilish desires. This age of intellectuality is heading fast towards its downfall that has to transform man into a machine, that knows no humanity, compassion and spirituality but everlasting desires of greed and lust for power, economic and social.

One of the most despicable abuses of the age of materialistic supremacy is the abuse of ‘privacy’. Human being invented dwellings only for the sake of privacy. Man gives away all his savings for maintaining his private life. People think they are and their private life is safe in the four walls of his house but it is not so. Man has no privacy even in his house. Man has to live in fear of his privacy being abused and he is ashamed.

Among the innumerable scientific inventions that we boast of is the machine that peeps into our most private places, the bedroom, the drawing-room and the office. This machine listens to what you are talking to others, reads the messages that you send to your social contacts. You think that your privacy is secured but, no, it is dented at will by the people around you to control your social relations and ultimately your life.

What Allah the Most Gracious says in the Holy Quran and in the light of Quranic lessons what Prophet Muhammad Pbuh says about peeping into the privacy of your fellow human beings are the need of the hour to understand and follow in letter and spirit. Consider the following Quranic Ayaat and Prophetic tradition:

‘Do not enter any houses except your own homes unless you are sure of their occupants' consent’ (24:27).

And if you do not find anyone there, do not enter it until permission is given to you. (Quran, 24:28)

..it is not righteousness that you should enter the houses at their backs, but righteousness is this that one should guard (against evil); and go into the houses by their doors and be careful (of your duty) to Allah, that you may be successful. (Quran 2:189)

Believers, abstain from most suspicion, some suspicion are a sin, (Quran, 49:12)

So you harboured evil thoughts, and so you are a destroyed nation. (Quran, 48:12)

Suspicion does not make people needless about the truth. (Quran, 53:28)

Do not follow what you do not know. The hearing, sight and heart about all these you shall be questioned. (Quran, 17:36)

Mu’awiyah reported: The Messenger of Allah, Pbuh, said, “Verily if you seek out the faults of people, you will corrupt them or nearly corrupt them.” - Sunan Abī Dāwūd 4888

Zayd ibn Wahab reported: A man was brought to Ibn Mas’ud, RA, and it was said, “This man was found with wine dripping from his beard!” Ibn Mas’ud said, “Verily, we have been prohibited from spying, but if he shows it to us publicly we will seize him.” -  Sunan Abī Dāwūd 4890

Abdur Rahman ibn Awf reported: He would patrol the city at night with Umar ibn al-Khattab, may Allah be pleased with him, and on one occasion they were walking when the lamp of a household caught their attention. They approached it until they heard loud voices inside the door. Umar grabbed the hand of Abdur Rahman and he said, “Do you know whose house this is?” He said no. Umar said, “This is the house of Rabi’ah ibn Umayyah ibn Khalaf, and they are inside drinking wine right now! What do you think?” Abdur Rahman said, “Indeed, I think we have done what Allah has prohibited for us. Allah Almighty said, ‘Do not spy,’ (49:12) and we have spied on them.” Umar turned away and he left them alone. - Al-Mustadrak 8198

Islamic ethics are against the trait of suspicion as it is at the root of various ills of one’s social life. It is suspicion that forces one to spy upon another. Tearing up one's reputation by any means cannot be considered to be just, hence it should be condemned. We will do better to remind us what Socrates told:

“Do not do to others what angers you if done to you by others.” ― Socrates