Differently Abled Are More Favoured By God in Quran and Hadees

“The worst thing about a disability is that people see it before they see you.” – Easter Seals; National Society for Crippled Children

We, as the brothers and sisters of the human world, have to fight and make people understand that an individual must not be seen for his physical appearance but his abilities and spiritual strength, he possesses.

The human being is a treasure of weakness, physical, mental as well as spiritual. The biggest weakness of these all is our mentality of looking for others weaknesses forgetting our own and this trail of our personality is more so in the people who themselves are prone to spiritual weakness. The human being does not understand as to what is going to befall upon him the very next second when he is describing other’s weaknesses.

Some people are born with disabilities, then some people get into this because of an accident or incident. In both situations, the concerned human being is not responsible for his disability or handicap. It comes to him not necessarily because of his sin but sometimes it is to wash his sins and make him pious before his life hereafter.

Medical sciences have one or the other kinds of explanation for the physical disability, be it by birth or otherwise, but there is no explanation of the spiritual disability with the sciences. Those who are spiritually disabled spread hate and lies among their fellow human being and these hate-mongers are the deadly viruses, of which there is no vaccine.

Spiritual disability is the most widely spread disability in the world. It has taken the form of an epidemic but nobody thinks of its cure because the people who matter do not take it as a concern. The human being is unknowingly falling prey to all kinds of ill thoughts and evil designs for its worldly benefits, which ultimately takes him to the lowest ebb of his thoughts and turns him into a harmful phenomenon for society. 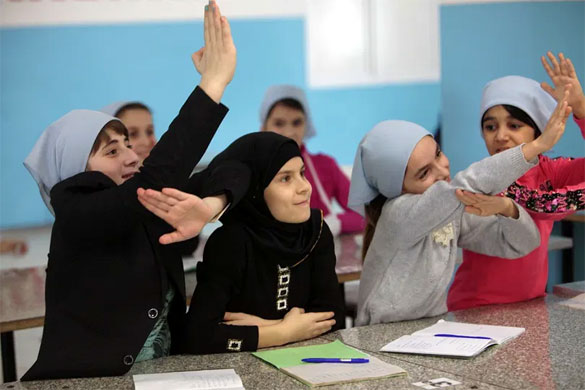 Disability of a Person and Quranic Command

Above mentioned Ayat of the Holy Quran reminds the people that any kind of physical disability that a person is suffering from is not a divine punishment to him as this is not because of any of his guilt. Do we not understand then that looking down upon any person suffering from any kind of physical disability is next to going against the command of Allah? Islam is a lesson in peace, love and brotherhood. The followers of Islam and the true believers of Allah then have a duty to look after the sick and the disabled and have faith in Allah’s promise; ‘And whoever obeys Allah and His Messenger - He will admit him to gardens beneath which rivers flow.

Following is the verse which commands the believers not to ridicule, insult and call names of the people of disabilities reminding them that they may be better than them one day. This is an example of preserving honour, which is a basic form of the human rights of disadvantaged individuals.

“O ye who believe! Do not ridicule others, perhaps they may be better than you. And do not insult one another, nor call each other by offensive names. Lewdness is surely ill-seeming, and those who do not desist are indeed wrongdoers.” Verse 49:11 (Translated by Mohsin Khan)

There is another example of the Quranic benevolence towards the people of disabilities mentioned in Surah 'Abasa; 1- 10. In this part of the Surah, Allah, the Almighty corrects the Prophet (SAW) when he does not take note of the question of a blind man, being busy in calling diplomats of a neighbouring village towards Islam.

The Prophet frowned and turned away. Because there came to him the blind man, [interrupting]. But what would make you perceive, [O Muhammad], that perhaps he might be purified or be reminded and the remembrance would benefit him? As for he who thinks himself without need, To him you give attention. And not upon you [is any blame] if he will not be purified. But as for he who came to you striving [for knowledge], While he fears [God ], From him you are distracted” (Surah 'Abasa- Quran 80: 1-10).

We, the human being are thus commanded by God not to turn our attention towards the people who are disabled, of any kind rather pay our full attention to them and try to solve their problem, under our jurisdiction.

Disability of a Person and the Ahadith Regarding It

“Ibn `Abbas said to me, ‘Shall I show you a woman of the people of Paradise?"’ I said, ‘Yes.’ He said, ‘This black lady came to the Prophet (peace be upon him) and said, 'I get attacks of epilepsy and my body becomes uncovered; please invoke God for me.' The Prophet (peace be upon him) said (to her), 'If you wish, be patient and you will have (enter) Paradise; and if you wish, I will invoke God to cure you.' She said, 'I will remain patient,' and added, 'but I become uncovered, so please invoke God for me that I may not become uncovered.' So he invoked God for her” (al-Bukhari).

Prophet Muhammad (SWA), sent to the world as Rahmat to mankind, Jinns and everything else on this earth, always strived and kept himself aware of the people around him. He always tried to help the poor and the needy and he had special consideration for the differently disabled people. Abu Hurayrah thus narrated the Hadees mentioned below:

The above mentioned Hadees refers to the benefits of the services rendered to the sick, the needy, the poor, and in this category certainly come the disabled people and in the form of reward, the service to the destitute will be taken as a service to Allah, the Almighty. 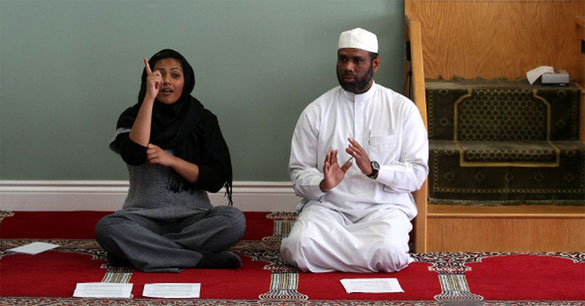 Quranic teachings and Ahadees are clear towards the rights of the disabled person towards us. Every human being must honour their individuality and pass on to them their social rights without any hesitation. The physical disability of a person is not a punishment to them but they have been thus tested by the Creator and others around them are also being tested of goodness and righteousness.