Muslims and their Conspiracy Theories

Did you know that the 2004 tsunami struck Indonesia and its neighbours because Muslims there had become immoral and were trying to emulate the evil West, so God decided to punish them?

Did you also know that it was Zionists who spread AIDS among the Muslims in Africa, that Jewish doctors contaminated polio vaccines to cause AIDS and infertility and reduce the Muslim population?

Even if you did not know all this, you surely knew that Mossad, the Israeli intelligence service, carried out the 9/11 attacks at the behest of President George W. Bush, and that Jews were forewarned not to visit the Twin Towers that day! Right?

Welcome to the make-belief world of conspiracy theories, a world of wilful illogicality and paranoid imagination, where gossip is news and rumour knowledge, where things happen not because they do but because they are simply―and very certainly―‘known’ to have happened.

A conspiracy theory, according to the Oxford Advanced Learner’s Dictionary, is “the belief that a secret plan by a group of people to do something harmful or illegal is responsible for a particular event.”

Of late they have gained particular traction in the Muslim ummah, which has come to ‘know’ that any wrong that befalls Muslims anywhere must be the handiwork of Americans or Zionists. Fabrications, often started by religious leaders and clerics, are spread by word of mouth as well as the network of ‘Muslim’ newspapers, radio and television channels and Internet sites.

They are rarely thought through. The tsunami, for instance, also killed thousands of non-Muslims, as has AIDS in Africa. But no one ever let logic or fact get in the way of a good conspiracy theory.

Similarly, the Prophet Muhammad (PBUH) cartoons published by the Danish newspaper Jyllands Posten some years ago was said to be part of a Zionist plot. Iran’s Ayatollah Ali Khamenei even claimed it was motivated by Israeli anger over Hamas’s victory in Palestinian elections. 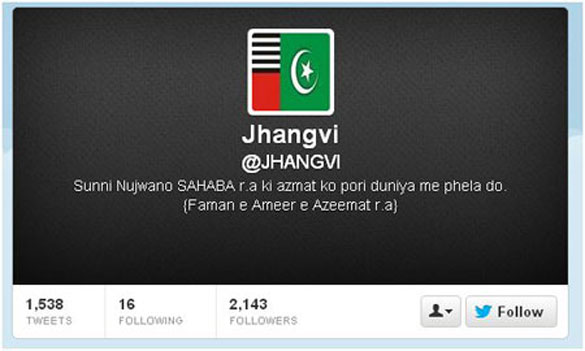 Another conspiracy theory suggests Pepsi and Coca Cola contain pork extracts. A news article published in Al Riyadh newspaper on 20 August 2006 stated: “Scientific and medical research says that drinking Pepsi & Cola leads to cancer because the key element is taken from pigs sausage. The heavenly books Quran, Bible and Torah forbid eating pork, as it is the only animal that eats dirt, dung and urine, which makes lethal and deadly fabric polluted germs and microbes.”

One particularly preposterous theory, even by these standards, urges Muslims not to drink Coca Cola because the logo, when reversed states “No Muhammad, No Mecca” in Arabic.

It is easy to see why Muslims have become so preoccupied with conspiracy theories. In a world of civilisational clashes and wars, fear has become a driving emotion for them. The capacity to fear is very human, found in everyone. It is sometimes even necessary, and has aided the survival of our species. But what we witness today is a fear that has gone wild and turned into paranoia. 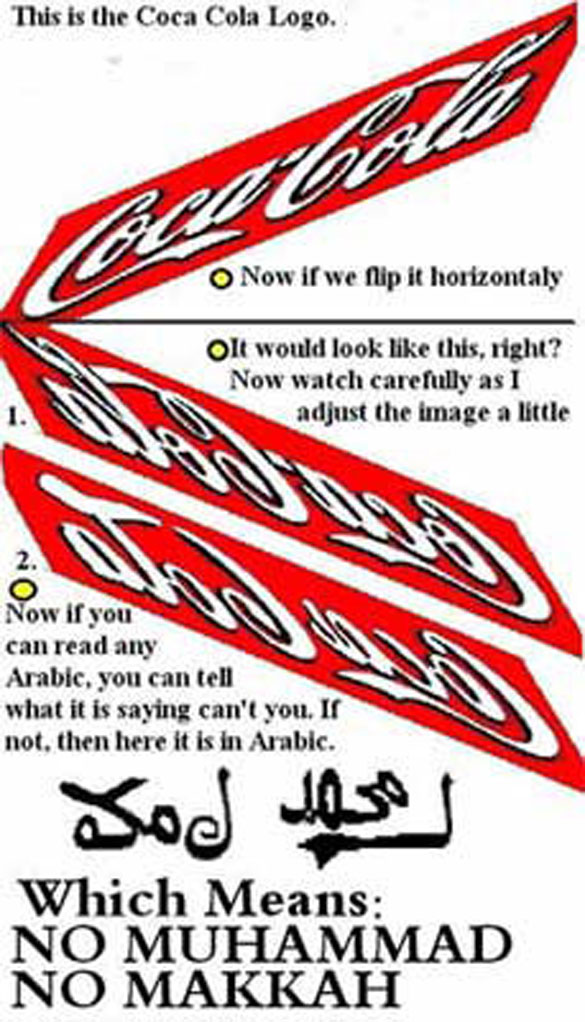 We also don’t want to blame ourselves for our shortcomings, or accept responsibility for dastardly acts that people among us have committed. We don’t want to believe that we are not perfect, that we may be wrong. So, we simply blame “the enemy” for our own faults―as with 9/11―and sometimes even for things over which there is no blame to be apportioned―as with the tsunami.

Conspiracy theories at times even reflect the Islam-supremacism of some Muslims. They claim that eminent Western historical figures, such as William Shakespeare, Abraham Lincoln and Leonardo Da Vinci, were all Muslim believers. And a 2011 Pew survey found that 10 percent of American Muslims believe Barack Obama is a Muslim.

As long as we fear or hate others, there will be conspiracy theories to contend with. We must remain wary of them, because they only reinforce the fears that they are driven by. While some knowingly spread such theories out of malice, many Muslims simply fall prey to them. The Quran says, “Whenever any information reaches you, make sure you check it up before passing it to someone else.” That should be our guiding light.