LOVE is blind’ is a quirky phrase being cited in the West since the beginning of the 15th century. “Love is so blind, it feels right when it’s wrong,” US star Beyoncé Knowles has been singing in our time. Cupid’s arrow can indeed break all sorts of blinds and pierce through the narrow confines of religion and caste. In India, arranged marriages have been the general social norm — marriages by the parties’ own choice have been, and remain, an exception. Interfaith marriages belong to this exceptional category — parents and guardians never ‘arrange’ their wards’ marriage outside their community, even in the 21st century. By no means, however, are cross-cultural marital alliances a new social phenomenon. The multi-religious society, that we have always been, has had enough space for them in all phases of our history.

In modern India, higher courts have emphasised time and again the legal validity and social unassailability of interfaith marriages, linking them to people’s human and constitutional rights. The apex court had declared in the Lata Singh case of 2006: “This is a free and democratic country and once a person becomes major, he or she can marry whosoever he or she likes.”

Referring to parental objections to an interfaith marriage, the court had ruled: “The maximum they can do is to cut off social relations with the son or the daughter, but they cannot commit or instigate acts of violence against the person who undergoes such a marriage.” In the Shakti Vahini case of 2018, the court reiterated: “When two adults marry out of their volition, they choose their path; they consummate their relationship; they feel that it is their goal, and they have the right to do so.” 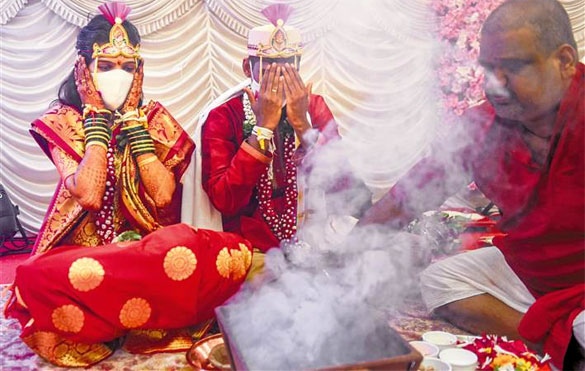 The apex court verdicts on interfaith marriages have been cited and acted upon in many High Court decisions. There have been some aberrations, only to be corrected, sooner or later, by higher judicial bodies. In Noor Jahan (2014), the Allahabad High Court had taken a contrary view, holding that conversion for the sake of marriage was legally untenable. Continuing with its opinion in the Priyanshi case decided this year, the court dismissed a petition filed by an interfaith couple seeking police protection. Both these cases were decided by single judges who, like the ordinary members of society, must have been influenced by the political ideology currently dominant in the state where their court sits. It was unfortunate but not unprecedented — the concept of committed judges has not been unknown in our country either at the local or the national level.

As the decisions in both these cases clearly went against the letter and spirit of the Supreme Court rulings on the subject, they could not hold the ground for too long. Within a few weeks after the second case was decided, a Division Bench of the Allahabad High Court overruled both, declaring that they had not laid down ‘good law’ (Priyanka Kharwar, decided on November 11, 2020). “Interference in a personal relationship would constitute a serious encroachment into the right to freedom of choice of the two individuals,” the two judges on the Bench ruled, adding that they did not see parties to an inter-religious alliance as Hindu and Muslim but “rather as two grown-up individuals who out of their own free will and choice are living together.”

In quick succession came the Karnataka High Court ruling saying, more clearly, that “the right of any major individual to marry the person of his or her choice is a fundamental right enshrined in the Constitution of India and the said liberty relating to the personal relationships of two individuals cannot be encroached by anybody irrespective of caste or religion” (Ramya G, decided on December 1, 2020). 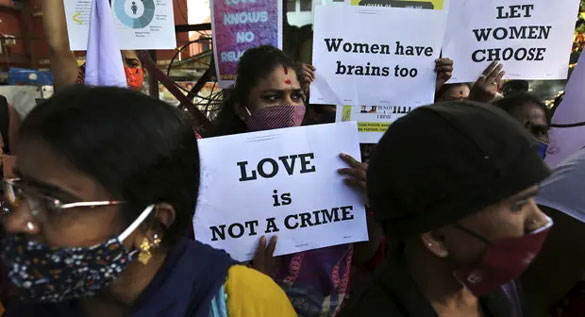 The latest judicial proclamation on the true constitutional position of interfaith marriages has come from the Calcutta High Court (Palash Sarkar, decided on December 21, 2020). A Bengali Hindu girl married a Muslim and her father, bitterly displeased, made every possible attempt to unsettle the couple. She declared before the law and order agencies that she had married the man by her own free will, but her father assailed her statement on the ground of alleged coercion. The matter eventually reached the High Court, where a Division Bench, after satisfying itself of the veracity of her statement, ruled that if an adult woman converts and marries as per her choice, there could be no interference by any outside agency, including the courts.

The question is why the oft-repeated judicial exposition of the true constitutional position on interfaith marriages, despite being loud and clear, is not able to change social trends in this regard. The policies of ruling dispensations in some states, running conspicuously contrary to the juridical verdicts on the issue, lend a shoulder to anti-social elements to fire their guns from. Do we not recognise our higher courts any more as interpreters of law and dispensers of justice? If we really do not, are we still eligible to be reckoned among democratic nations of the world? Or, do we want to develop our own unique concept of a two-legged democracy resting on the legislature and executive only, with no space for the globally recognised third pillar of a democratic polity? Does anybody have an answer?