How Long Will It Be Before Someone Demands The Exorcising Of Old Movies And Books To Purge All References To Communal Harmony? 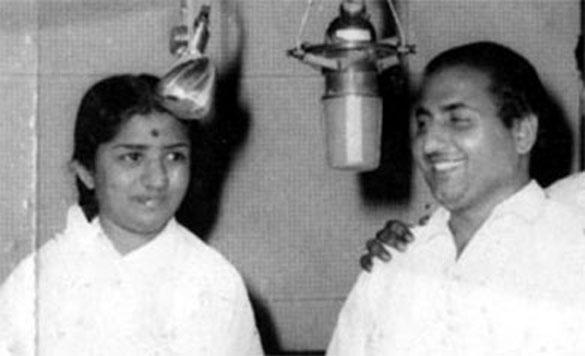 The film Mughal-e-Azam is still beloved and admired nearly 60 years after its original release. Every few years, its cinematic re-release pulls in huge audiences – even a stage version was a big draw. Some films acquire a mystique and Mughal-e-Azam is one of them. Age has failed to diminish its appeal or make it just another venerable museum showpiece; its tale of love, rebellion and familial bonds remains relevant today. The gradual and graceful unfolding of the story scarcely feel outdated.

Another element remains as fresh and contemporary as it was then. Mughal-e-Azam, a story about forbidden love, also tells us about a syncretic India. Religion plays no role in the story. Indeed, in more ways than one, it shows us, for want of a better term, ‘communal harmony’ and how all religions are equally revered and celebrated in India.

In the film itself, the Emperor, a Muslim, is married to Jodhabai, a Hindu Rajput, which, by implications makes the Mughal lineage part Hindu from then onwards. There is no indication that she has converted; she celebrates Janmashtami in the palace – where the filmmaker K. Asif inserted an unforgettable song sung by Lata Mangeshkar, ‘Mohe Panghat Pe Nandlal Chedh Gayo Re’. Later in the film, in all together more tragic circumstances, Lata Mangeshkar also sings the ‘Naat ‘Bekas pe Karam Kijiye Sarkar-e-Madina’. The lyrics for both were written by Shakil Badayuni and were composed by Naushad.

The same lyricist-music director combination also gave us another immortal number, ‘Man Tadpat Hari Darshan Ko Aaj’ (Baiju Bawra), sung with great depth and feeling by Mohammed Rafi in his divine voice. Not to put across too fine a point of view but all three were Muslim.

There is no dearth of similar songs in Hindi films – songs about Bhagwan, Allah, Khuda etc. All religions were equally respected, with even the non-believers coming into the fold eventually, though Panditjis and Maulanas were often lampooned.

Bhajans and Naats have essentially disappeared from the Bollywood of today. There is a lot of ersatz Sufiana – songs liberally peppered with words like ‘Maula’ etc. A film set in Mumbai often includes a rambunctious quantum around the Ganpati festival, but no actual devotional songs. Bollywood now tends to invoke nationalist and even majoritarian sentiment, and the nation is now the default ‘Mother Goddess’.

All this by way of asking a question we never thought we would have to – how would the hardcore Hindutvavadis have reacted if any of these songs were written and sung today? Would they have protested Mohammed Rafi singing a ‘Hindu’ song? Or called for a boycott of Lata Mangeshkar for singing a ‘Muslim’ Naat? Or indeed, demand a ban on Mughal-e-Azam because it showed ‘Love Jihad’?

This may sound outlandish, but it is not. The cancellation of T.M Krishna’s concert in Delhi is evidence of the rising power of Hindutva elements which has gone beyond merely expressing displeasure on social media platforms by pointing out transgressions that anger them. Krishna freely sings ‘Christian’ and ‘Muslim’ songs in his concerts, making him a target for these groups. In Tamil Nadu, he has ruffled feathers by criticising the Brahmanical attitude of the classical music fraternity. Hindutva groups do not have the clout in Chennai to stop him from singing, but in Delhi, they do – the Airports Authority of India comes under the aegis of the central government and can easily be compelled to withdraw from events.

Nor is this a standalone example. Objections are already being raised about the forthcoming film Kedarnath, because the protagonists are a Muslim guide and a Hindu pilgrim who fall in love. A BJP leader has demanded that the film be banned because it is “an attack on Hindu religion.” Ironically, the roles are played by a Hindu (Sushant Singh Rajput) and a Muslim (Sara Ali Khan).

The film’s director, Abhishek Kapoor has said that the film is a tale of ‘harmony’ and has helpfully added that he is a Shiv-Bhakt, which one imagines establishes his credentials. However, that may not help and even more strident protests against the film may force the producers to go on the defensive. Given the film industry’s pusillanimous record in instantly giving into any demand, however outrageous – even if from a minuscule group of cranks – don’t be surprised if the producers decide to change the storyline or at least add a disclaimer. Except, that in this case the objection has been raised by a BJP official.

In recent years, more and more groups – of all communities – have objected to films for one reason or the other, claiming that their collective sentiments have been injured. They have often managed to get support from politicians, the courts and now, tacitly, even the government. No government official or, shockingly, political party, comes out strongly to say that such interference will not be tolerated and the groups are free to not see the film if they have a problem with it.

Nor has the film industry stood up to say, in one voice, that it will not give in to any blackmail. Karan Johar donated Rs 5 Crore to the Army Welfare Fund and made a video declaring his patriotism and that he would never again work with Pakistani actors shortly after the Maharashtra Navnirman Sena in Mumbai went on a rampage against him, threatening violence in the cinemas.

Some bright-spark could, one day, suddenly discover Mohammed Rafi’s Bhajans or Lata Mangeshkar’s song in Mughal-e-Azam or watch of any of the countless films with songs that are ‘secular’. Sahir Ludhianvi has written several of them – one of the most famous ones being ‘Tu Hindu Banega na Musalman Banega’ – which has some pungent lines that will surely make a Hindutvavadi’s blood boil. Will they now want the film burnt, the vinyls smashed and YouTube to take it down?

The times we live in are dangerous and nasty, but also ridiculous. The madness that has taken over our land is comical at one level. But it is difficult to laugh when names of cities are being changed, history books are being rewritten, demands to ‘Hinduise’ the Taj Mahal are being made and minorities are being demonised and killed. We tend to dismiss these voices as a joke, but before one knows it, they become policy.

What is even scarier is the resounding silence and absence of a strong condemnatory voice – the government and the ruling party are naturally disinclined to criticise these tendencies. Troublingly, though, the opposition parties, too, have not forcefully countered these tendencies. It’s as if anything that could potentially ‘hurt’ Hindus must be avoided, because everyone assumes that this could cost them the ‘Hindu vote.’

Bolstered by the success of the most absurd campaigns – cantering around ‘hurt sentiments’ and ‘insult to religion’ – how long will it be before someone demands the exorcising of old movies and books to purge all references to communal harmony? The Sangh Parivar’s antipathy towards secularism is well known; its followers may object to any displays of Hindu-Muslim unity or the depiction of Muslim characters as anything but terrorists. Hindi films, at a time, were replete with kindly old Muslim men and women; will those scenes have to be cut? Will the names of all the Muslims who have been part of the Indian film industry be removed from the titles? Will producers be warned not to take Muslims in the making of their films?

For the moment all this looks ludicrous and alarmist. No one is going to not take Shah Rukh Khan or any of the other Khans in their film simply because it’s their names that rake in the money and fans. The film industry is staffed with people from every religious and regional denomination. – a fact most likely not to change any time soon. But it is useful to recall that the German film industry in the 1930s, where Jews were a major presence, was in crisis within a few years after a vast numbers of actors, producers, directors and technicians left the country or found themselves arrested or ostracised. There are subtle ways to apply pressure that can change things slowly.

The cancellation of T.M. Krishna’s concert exemplifies that it is not just people who are being targeted, but also their ideas. Krishna’s politics is well known, but he doesn’t go around delivering lectures against the government, the BJP or their policies. He does not sing ‘Christian’ music to insult ‘Hindu’ music by any measure; his devotional songs are a delight.

But his art is about embracing all cultures and all influences. He talks about inclusion and that is what makes him dangerous in the eyes of his detractors – because ideas like these go against the very grain of what the bigoted forces stand for. Mohammed Rafi’s and Lata Mangeshkar’s songs, Shakeel Badayuni’s and Sahir Ludhianvi’s lyrics and Naushad’s music were all about inclusion. Mughal-e-Azam, in a non-preachy way, showed how religions could co-exist. For today’s purveyors of bigotry, that simply won’t do and must be quashed.