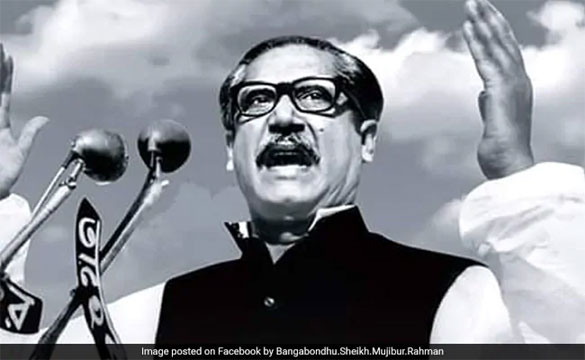 The celebration of the birth centenary of independent Bangladesh’s architect and father of the nation Bangabandhu Sheikh Mujibur Rahman is going on. On this occasion, Bangladesh announced the commemoration of 2020–2021 as the “Mujib Year”. This occasion is being celebrated from March 17, 2020 to December 16, 2021(and now extended to 9 months, from 17 March 2021 to 16 December 2021).

Bangladesh Prime Minister Sheikh Hasina has urged all to take a vow in the “Mujib Year” to take the country to newer heights in the international arena and transform the country into a “safe and peaceful abode for the next generation”.

In this context, it would be a timely effort to remind the readers at New Age Islam of how India’s contributions to the inception of a syncretic Islamic culture in Bangladesh can enhance the peaceful values and moderate ethos of Islam in Bangladesh. At the same time, it should be seen as an opportunity for India and Bangladesh to increase historical religious and cultural ties between the two countries for a multifaceted bilateral cooperation.

Historically, Bangladesh has got a great adherence to Indian/syncretic Islam as an integral part of identity for the Bengali Muslims. But now even these Indian-origin schools of thought are likely to give way to either the right-wing Islamist tendencies in the country or the global pan-Islamist ideologies. Most Sunni-Hanafi denominations in the Muslim majority of Bangladesh—Deobandis & Tablighis, Barelwis & Sunni-Sufis—have their respective centralities in India. The majority among them comprises Deobandi-affiliated groups like Tablighi Jama’at (51%) and Barelwi organisations and madrasas (26%). The Deobandi-owned Qawmi madrasas run the vast majority of private Islamic institutions/seminaries. The TJ in Bangladesh organises the largest annual international congregation “Bhishwa Ijtema” in the district of Tongi, just outside Dhaka. The largest centre for the TJ activities in Bangladesh is Mymensingh, followed by Dhaka, Noakhali, Comilla, Sylhet and Chittagong. The movement is largely active among the middle-class clergy-led Bengali Muslims. The reformist Deobandis oppose popular Sufism in Bangladesh, while Jama’at-e-Islami has a regimental centre in Bangladesh. In addition, there is an increasing number of Ahl-e-Hadithis.

The gradual rise of the Right-Wing in Bangladesh and its political play has increasingly becoming anti-India, in addition to a plethora of pan-Islamist ideologies that provide an enabling environment. Regular religious shows on cable TV, social media and public meetings have amplified attempts to paint secularism as a ‘threat to Islam’. Educational curriculum is purging the portion of books written by secular Muslims or non-Muslims and the new school textbooks are being designed as per the demand of Hefazat-e-Islam Bangladesh and Awami Ulema League. 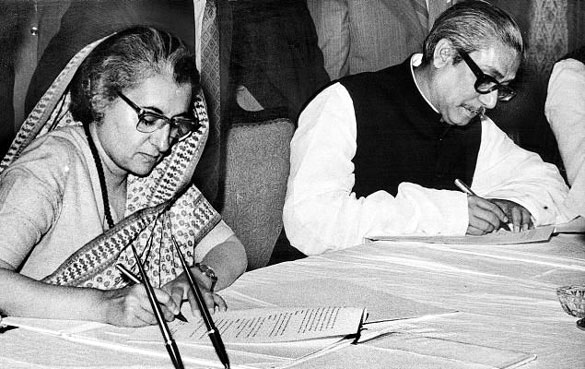 Hefazat-e-Islam Bangladesh—the country’s largest radical Islamist group was formed in January 2010, primarily with an aim to protest against the women's equal rights policy of the Bangladeshi democratic government. Since its inception, its prime concern has been the stiff and violent opposition to all the government’s plans and schemes meant for the women empowerment and their rights equal to those of men. Right from the beginning, Hefazat’s attitude towards working and progressive Muslim like TV journalists and even headscarf-wearing woman reporters and interviewers has been bizarre, extremely hostile and appalling. It should be recalled that the Emir of the Hefazat in 2013 warned the then government with 13-point demands, which included banning women’s right to work at office. Women, in the eyes of the Hefazat leaders, have been created to ‘stay in their husband’s homes only, look after them and their belongings and raise their children, and that’s it’.

On the other hand, there are pressure groups within the deep state and outside, along with several fundamentalist Islamist groups in Bangladesh calling for the Shariah-based state which may not be ruled out after the end of the current regime. There is a plethora of well-entrenched radical Islamist groups such as Jamaat-e-Islami, Islami Andolan Bangladesh, Islami Shasantantra Chhatra Andolan, Bangla Bhai etc. apart from several new terror conglomerates like those affiliated to Al Qaeda and ISIS which have strong footprints in Bangladesh. As a matter of fact, Bangladesh had become a hotbed of violent radical Islamism and violent extremism during the BNP-Jama’at government, with 500 simultaneous bomb explosions in 63 districts of Bangladesh conducted by terrorist organisation, Bangla Bhai which shook the core of the country. Radical Islamists would openly chant in Bangla, "Sobai Hobey Taliban, Bangladesh Hobey Afghan". (All will become Taliban; Bangladesh will turn into Afghanistan).

The Awami League, with its roots in secularism, didn’t capitulate to the demands of Sharia law by Islamist hardliners. But in the 2018 elections, it decided to gather support of the Islamist groups, in a rivalry to the opposition party BNP which aligned with JeI, the largest Islamic party in Bangladesh. Sheikh Hasina sought the support of Ahmad Shafi’s Hefazat-e-Islam, a coalition of several Islamist parties in the country. Consequently, Hasina agreed to changes in public school textbooks to make them more “Islamic” as demanded by Hefazat and announced that her government would recognize degrees from thousands of unregulated Qaumi madrassas run by Hefazat. 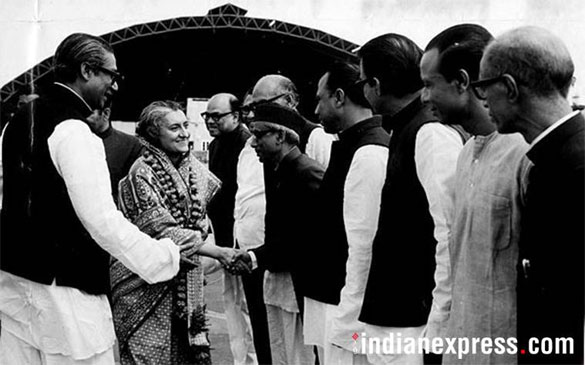 Hefazat-e-Islam Bangladesh founding leader Ahmad Shafi belonged to a band of Islamists that unlike JeI, did not oppose the independence of Bangladesh. He supported a united India and rejected the creation of Pakistan. Now after Shafi has recently died and his successor is Junaid Babunagari, who backs the opposition party (BNP) and its ally JeI, the future of Bangladeshi secularism vs. pan-Islamism is uncertain. The lines have blurred more now because of the lack of a clear position on where Bangladesh stands vis-à-vis state and religion. In all likelihood, this will help breed more Islamist fundamentalism and anti-India sentiments in the country.

Until recently only local Islamists—Islami Andolan Bangladesh, Islami Shasantantra Chhatra Andolan, JeI, HuJI, Bangladesh Bangla Bhai etc— were involved in terror activities. But since 2016, ISIS and Al Qaida became the driving force behind the violent extremism in Bangladesh. India needs to be wary of this development. A study of IS and AQ's propaganda narratives in Bangladesh shows that the West in general, and India in particular are pitched as enemies of the ‘Islamic agenda’ in Bangladesh. AQIS has adopted a propaganda-centric approach to gain a foothold in the country. The Jama’at affiliates within the deep state have become more vociferous against India. For instance—a pro-Jama’at Bangladeshi Army ex-Major Delwar Hossain said in a video footage that surfaced on social media recently: "A list of 'Indians in Bangladesh' and 'India-loving Bangladeshis' will soon be prepared to kick them out of the country to offer job opportunities to Islamic youth only”.

Radical/Political Islam continues to pose threats to the cultural and civilizational values of Bangladesh. The classical Indian Islam and its seminaries have a pivotal role to play by deepening their historical and traditional linkages through the centrality of Deoband, Bareilly and Ahl-e-Hadith, in addition to the joint counter-radicalisation efforts of the modern, progressive and pluralist Muslim institutions in India and Bangladesh.

Connecting the common dots, the Bengali-language Indian philosophers, Sufi mystics, saints and poets who are immensely popular in Bangladesh as well as in India, must be recalled and highlighted. For instance, Bangladeshi nationalist authors like Kazi Nazrul Islam whose writings greatly inspired Bengalis during the 1971 Liberation War should be highlighted in the Indian Muslim academia, educational syllabus and madrasas.

Last but not the least, the greatest Bangalee of all time Bangabandhu Sheikh Mujib must be introduced and his thoughts should be taught to Muslim students especially interested in political science and international relations.

Born in Tungipara village of Gopalganj subdivision (now district) of the then Faridpur district on March 17, 1920, Bangabandhu was a fearless, indomitable, brave and equally kind-hearted man from his childhood. Since his early days in school and college, he was conscious about politics and people’s rights. The key aim of the long political life of this towering Muslim leader who had keen memory and farsighted vision was to liberate the Bengali nation from the chains of subjugation, and ensure a developed life by freeing people from the curse of hunger, poverty and illiteracy. At a time when an ideological onslaught and systematic attacks were made on his mother tongue, Bangabandhu came forward in the struggle to establish the status and dignity of the Bangla language. On his proposal, the Rashtrabhasha Sangram Parishad (State Language Movement Council) was formed in 1948 by Chhatra League, Tamaddun Majlish and other student organizations. Nearly all major movements of Bangalees—Jukto-Front (United Front) election in 1954, the movement against military rule of Ayub Khan in 1958, the Education Movement in 1962, the Six-Point movement in 1966, the movement against Agartala Conspiracy Case in 1968, the Mass Upsurge in 1969, the General Elections in 1970 and the War of Liberation in 1971—were led by the determined and unhindered leadership of Bangabandhu Sheikh Mujibur Rahman.