Pope Francis' Visit to Iraq: Through Dialogue with Islam the Pontiff Is Exercising ‘Geological Patience’ 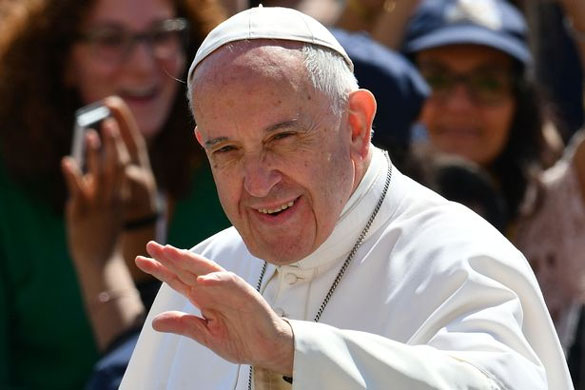 The Baathist secularist and nationalist political ideology limited the role of religious groups. They however asserted a common Arab identity. Freedom of religion freedom and freedom of worship was constitutionally guaranteed. Christians were nearly a million in the last decades of the 20th century.

Everything changed tragically for Iraqi Christians when the Islamic State (IS) terrorist group ravaged large swathes of western Asia including Syria and Iraq. Many Christians migrated to the West and many others live as refugees in many parts of western Asia. Many Churches and monasteries were destroyed by IS. Only a few thousands of Christians are left in Iraq.

In this context, I see the Pope’s visit as a continuation to his visit to Abu Dhabi and a confirmation of the document on solidarity that he signed in February 2019.We must remember that the Pope declared at the San Luigi Pontifical Theological Faculty of Southern Italy, on June 21, 2019: “Dialogue is not a magic formula.” It requires a lot of efforts in engaging with people across the world. Thus, the Pope practices “geological patience” – in the words of the great Dominican Islamist, Georges Anawati – and above all, through concrete acts of reaching out to people.

His words are acknowledged in the Muslim world. On 30 March 2019, King Mohammed VI of Morocco said that the three Abrahamic religions do not exist to tolerate each other, out of fatalist resignation or haughty acceptance. They exist to open up to each other and to get to know each other, in a valiant competition to do each other good.The papal visit affirms the role of Christians in Iraq and the importance of coexistence of all people in western Asia. Certainly, this visit will give prominence to Muslim brothers and sisters who seek dialogue with Christians in Iraq by underlining Iraq's religious heritage: Christian as well as Shia mysticism.

Original Headline: The pope in Iraq, dialogue with Christians and Shia mysticism