The conversion of a symbolic world heritage to a mosque amid widespread international protest is an insensitive act that would turn millions of Christians around the world against Islam. This also goes against the wish of the document “Human Fraternity for World Peace and Living Together,” signed by His Holiness Pope Francis and the Grand Imam of Al-Azhar Ahamad al-Tayyib, which states, "In the name of human fraternity, which embraces all human beings, unites them and renders them equal.” 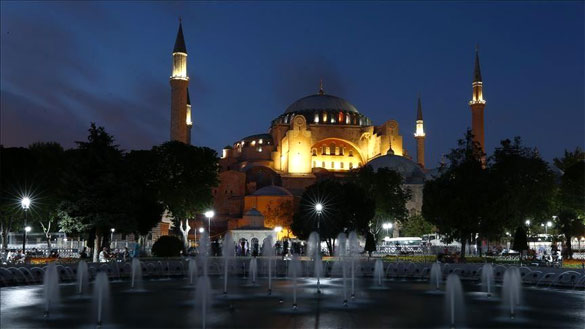 Hagia Sofia, the Byzantine cathedral, is renowned for its wonder since it was built in the sixth century by Emperor Justinian I. It has also witnessed the “Great Schism” between Latin West and Greek East, when Cardinal Humbert, a French Benedictine, laid a papal bull of excommunication of the patriarch Michael I Cerularius, on the high altar of the Cathedral of Hagia Sophia during the celebration of the Divine Liturgy on 16 July 1054. (Note: This excommunication was lifted by the "Joint Catholic-Orthodox Declaration of 1965”, signed by Pope Paul VI and Constantinople's Patriarch Athenagoras I). The fourth crusaders from the western church invaded the Byzantine Empire and occupied it in 1204, converting the Hagia Sofia to the Roman Catholic Church, later recaptured by the Byzantine Emperor in 1261, restoring it to the Greek Orthodox Cathedral. The Ottomans under the rule of the Sultan, Mehemet II, conquered the Byzantine Empire and converted the cathedral into a mosque on 29 May 1453 and it remained a mosque until 1931. Mustafa Kemal Atatürk, the founding father of the Republic of Turkey, who served as the first president from 1923 until his death in 1938, turned the mosque into a museum for the entire of humanity, recognizing the legacy of Hagia Sofia. The Byzantine Empire, as the new Rome, lasted nearly a thousand years. It was renowned for its literature, politics, theology, and architecture. The empire is also a synthesis of Roman politics, Greek philosophy, and Christian spirituality: the Asian religion founded in Jerusalem. So, the empire’s history has political, military and ecclesiastical past as well.

Also Read: A Nationalist Takeover of Hagia Sophia is not What the Muslim World Needed Now

The Hagia Sofia Cathedral has been a synthesis of all these traditions, Greek philosophy and Christian theologies, with the Emperor of Byzantine as its political head and the Patriarch of Constantinople as its ecclesiastical head. The study of Hagia Sofia is not merely an archaeological investigation of a building, but more than that, it is a political, religious and cultural investigation. Hagia Sophia remains so exceptional that it has also been used to promote tourism in Istanbul, Turkey in the 21st century. This classical building is the most visited tourist spot in Turkey since the early 21st century, and few modern tourists are likely to visit Istanbul without seeing at least the exterior of the building designed by Isidorus of Miletus, a mathematician, engineer and an expert on Archimedes and Anthemios of Tralles, a mathematician and experimental scientist of the Classical tradition.

On 10 July 2020, Turkish President Recep Tayyip Erdogan officially turned Hagia Sophia into a mosque that had been a museum for nearly a century, despite strong opposition from Christian Orthodox Church leaders in Turkey, Greece, Cyprus and Russia, and from secular world leaders who wanted Hagia Sophia to remain unchanged as a museum. Erdogan 's decision on Hagia Sofia seems like a victim's decision, since Turkey's 20th-century secular rulers have also restricted freedom of religious speech, for decades banning headscarves in state institutions, among other initiatives. Erdogan being the conservative victimized leader of the country said, “The revival of Hagia Sophia is the harbinger of freedom of Al-Aqsa and the footsteps of Muslims emerging from the era of interregnum.” Converting the museum into a mosque has also his political motives, which aim to score political points more than anything else and to drum up the electoral support he needs after his loss at the municipal elections in Istanbul last year. In a way, he claims to be the saviour of the Turkish Muslims nation, which endangered human family.

As a human heritage building, its architectural roots lie, at least in part, in the Classical heritage of the early Byzantine period, it has become a mosque with pure political and fanatical religious motives. Hagia Sophia sang exultantly, "Allah is Great," as news came out. It hurt the Arab Christians who, in their daily lives, declare that "Allah is Great" as their principle of faith. The Orthodox Christians have expressed deep dismay. Pope Francis said that during his Angelus prayer in St Peter 's Square on 12th July, he was deeply pained. The ecumenical Patriarch Bartholomew, Istanbul's spiritual leader of the Orthodox Christians of the world, considered the President's decision disappointing. Patriarch Kirill, patriarch of the Russian Orthodox Church, called for "prudence" and the protection of the "current neutral status" of Hagia Sophia, which he said was one of the "devoutly venerated symbols" of Christianity. 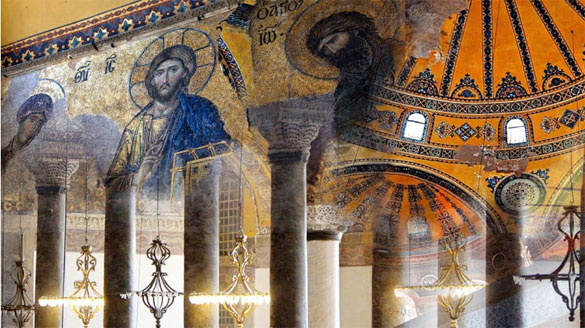 It affected the heart of the religious-secular life of Turkey. When Hagia Sofia was turned into a museum on 1 February 1935, Kemal Atatürk, the father of the modern Turkish Republic, had in mind that it was no longer a religious property, but that it belonged to all the people of the world who had witnessed great historicity and architecture. This was ruined by the decision of the Turkish government to convert it into a mosque. This government’s decision would have affected the peace and harmony that many peace-loving people of both religions have established among these religions for many decades. 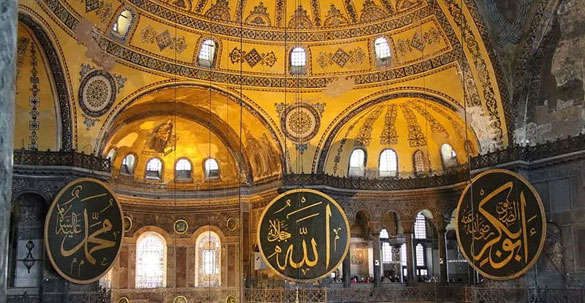 The conversion of a symbolic world heritage to a mosque amid widespread international protest is an insensitive act by President Erdogan and reveals Turkey's lack of respect for its international obligations. The decision would turn millions of Christians around the world against Islam, which is not expected from both religions. This also goes against the wish of the document “Human Fraternity for World Peace and Living Together,” signed by His Holiness Pope Francis and the Grand Imam of Al-Azhar Ahamad al-Tayyib, which states, "In the name of human fraternity, which embraces all human beings, unites them and renders them equal.” The call is to respect the human sentiments, which cultivate peace and harmony on earth.

Fr. Midhun J Francis, SJ is a Jesuit Priest and a Theologian, working in Christian-Muslim Relationship for the South Asian Conference.