In his latest book The Population Myth: Islam, Family Planning and Politics in India, former chief election commissioner SY Quraishi systematically dismantles the myth that the Muslim population will soon overtake Hindus. He talks to Himanshi Dhawan about how majoritarian fears of a demographic skew have no basis in facts: 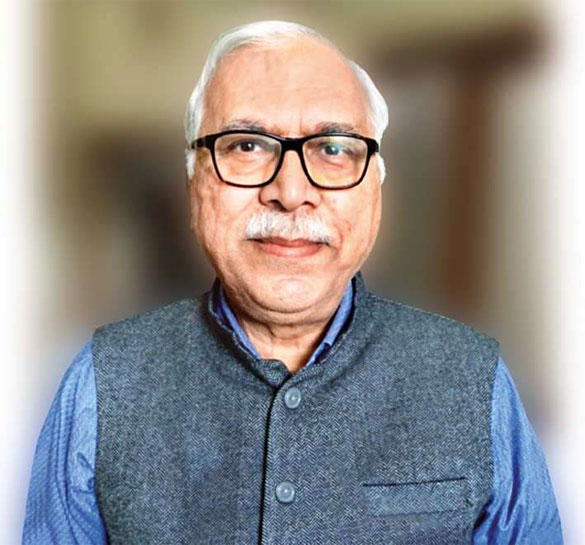 Why did you feel the need to write about this population myth?

The book came about by accident. In 1995 the UNFPA country director asked me to write a strategy paper for family planning among Muslims in India. At that time I also believed like many others that Islam is against family planning and when Muslims oppose family planning, they are following their religious beliefs. I also shared the misconception that as a community we produce too many children. But studying the subject was an eye-opener and led me to the idea of the book. It took me 20-25 years and the pandemic to see it through.

You have found three myths that you want to bust.

The first myth I found prevalent is that Islam is against family planning. In fact Islam is the pioneer of the concept of family planning. The second myth is that the practice of polygamy is rampant in India. The only study on polygamy done by government in 1975 shows that all communities in India are polyamorous and Muslims are the least polygamous. Islam allows for polygamy only on the condition that the woman is an orphan unable to support herself and if you can treat her equal to your first wife. People have construed it as permission which it is not. As a demographer I can say it is not possible to practise polygamy in India keeping in mind our gender ratio. If a man marries twice, some other man must remain single.

In 1951, Hindus constituted 84% of the population which has come down to 79.8%, while in the same period Muslim population has grown from 9.8% to 14.2%. But the Muslims’ rate of acceptance of family planning is higher and faster than the Hindus. Fifty years ago if Hindus had one child, Muslims had 2.1 that difference has come down to 0.5 or half a child. In 1951, Hindus outnumbered Muslims by 30 crore which has increased to 80 crore today. In 80 years Hindus will outnumber Muslims by 100 crore. How is it possible for Muslims to take over this country?

You say that religion is not a factor in population growth. Then what is?

Literacy, particularly of girls, income and better delivery of services are key determinants and not religion. Where do Muslims stand in literacy? They are the most uneducated. Muslims are the poorest but they continue to be attacked on the economic front by right-wing Hindus, who demand that goods and services provided by Muslims should be boycotted. Third, delivery of health services among Muslims is poor because they are increasingly forced to live in ghettos, where doctors and nurses do not want to work. They describe the ghettos as mini-Pakistan. Authorities want Muslims to do family planning, but they will not like to create conditions for family planning. This is hypocrisy.

Do we continue to deal with the post-Emergency bias?

Among Islamic countries, which do you think provide us with the best role model to follow?

Original headline: ‘Islam is the pioneer of the concept of family planning … and it is a myth that polygamy is rampant in India’