The country is yet to recover from the aftermath of Muzaffarnagar violence (October 2013). This violence was engineered over a period of time in the areas of Western UP, where Jats and Muslims had thick social interaction, despite belonging to different economic strata. Communal violence has been instigated, engineered earlier on various issues like Cow slaughter, Babri demolition, ‘sexual assault on ‘our women’ amongst others. The primary weapon used to communalize this region was the community honor. ‘Muslim youth teasing and luring Hindu girls’ was made the central part of propaganda. While other factors like role of Sangh Parivar components in uploading the video clip, in mobilizing the Hindus in the name of Bahu-Beti Bachao, have been discussed, one needs also to look at the way this ‘saving our daughters’, Love Jihad, from the Muslims had been operated in the area. 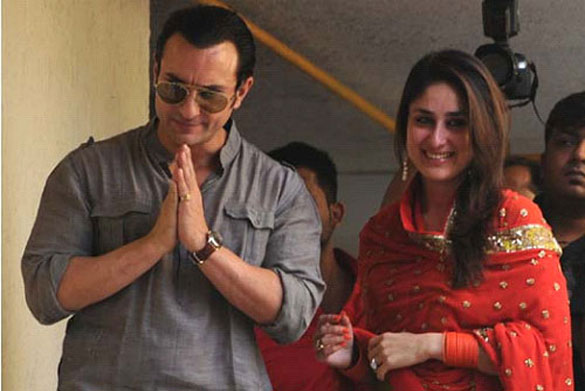 For couple of years the deliberate teasing of the girls was planned in the area in and around Muzaffarnagar. Rumours abounded and the word Love Jihad was propagated. (Evil stalks the land: Anhad Report on Muzaffarnagar violence). The falsehood of Muslim boy talking to Hindu girls to lure them to marry and so to convert to Islam was heavily publicised. The major concoction around which the riot was engineered also related to the Hindu girl being teased by Muslim boys.

The word “love Jihad’ which played a major role in mobilizing the Hindu community for violence, has a strange history. As such the two components of this word Love Jihad, who so ever manufactured it, have a very different meaning. Since 9/11 2001 the word Jihad has been employed in the popular media and has also become part of the ‘social common sense’. Contrary to the meaning of the word Jihad in Quran, which means striving, it came be projected as killing of non-Muslims. The word Love Jihad must be a creation of an evil genius and it has come to be used to further demonise the Muslim community. The propaganda has been that some Muslim organisations are funding Muslim youth, to lure the non Muslim girls, to marry them and to increase the Muslim population. These youth are given money to buy motorbike, mobile etc and lure the non Muslim girls.

While doing Google search, if you type, ‘why Hindu Girls are’, the other sentence which pops up on the search engine is ‘are attracted to Muslim boys”! Recently in Maharashtra, a group “Hindu Rakshak Samiti has been claiming to save Hindu religion by breaking up the Hindu Muslim couples, if the girl happens to be a Hindu girl. Not that there are too many such couples, just a suspicion and these self appointed guardians of Hinduism pounce on the boy. A booklet in Marathi on Love Jihad shows a Muslim boy riding the Motor bike, with Hindu girl riding pillion. The word has been so popularized that even a Christian group in Kerala allied with the Sangh progeny, VHP to stop this non existing phenomenon.

In India the word began to be used in coastal Karnataka, Mangalore, and in parts of Kerala. It was Sri Ram Sene founded by RSS trained Swayam Sevak, Pramod Mutalik, which started attack on Hindu girl-Muslim boy couples. The marriages of such combinations started being looked at with suspicion and if parents were opposed to the marriage, Sri Ram Sene would help to take the matter to the court also. The pretext was that the girl has been forced to marry the Muslim boy. Funnily in the case of Sijalraj and Azghar the judge of Karnataka High Court, went on to give the ruling, that the facts (Love Jihad) had “national ramifications… concern security, besides the question of unlawful trafficking of women,”! So it ordered the Director-General and Inspector-General of Police to hold a thorough investigation into to ‘love jihad’. Pending that, the girl was asked to stay with her parents. The case was that of a simple Hindu Muslim marriage and the girl stood to her version and refused to bow to the social pressures. The police investigation showed that the ‘love Jihad’ is a cooked up one with no substance whatsoever.

In a similar case earlier the Kerala High court while hearing the appeal from two parents passed a similar order. Two Hindu girls had eloped and got converted to Islam and planned to get married. Kerala court also ordered the police authorities to investigate this phenomenon. The police investigation again showed that there is no such phenomenon as Love Jihad. The organizational promotion of such marriages is a hoax but has become part of social understanding.

Shri Ram Sene propaganda stated that over 4000 Hindu girls have been lured into conversions. This concoction was aggressively put across through various mechanisms. This laughable, figment of imagination spread like wild fire and frightened the parents. The trajectory of many of these girls who initially state about their love for the boy and voluntary conversion, changes many a times after they are forced to stay with their parents. Under a sort of emotional blackmail, some girls give in and later say that they were brain washed, shown a Jihadi CD and what not.

We have witnessed such acts in the form of propaganda in Gujarat in the wake of carnage, that ‘Muslim boys are luring Adivasi girls’. There Babu Bajarangi, who was also a major participant in carnage and is currently in jail undergoing life imprisonment, formed a goon-gang. This gang attacked couples and forced them to separate if they belonged to different religions. All this is presented as defence of religion! At another level inter-caste, inter-religious marriages are a normal natural part of a plural society. With rise of the communal politics, these inter-religious marriages are being opposed very dangerously. We have the case of Rizwan Ur Rehman married to Priyanka Todi, daughter of an affluent and powerful business magnate of Kolkata. She was forced to turn around under emotional blackmail from parents and relatives. The details were not known, what is known is that later Rizwan Ur Rehman was forced to commit suicide. In all such cases the role of police, state machinery, has been totally against the spirit and provisions of law, the protectors of law acting to support the things totally against the law.

Such campaigns against inter-religion, inter-caste marriages are not only against the spirit of national integration they also aim to control the lives of girls in the patriarchal mode. In addition the bogey against a minority is whipped up to aid the divisive politics. It is a double bonus for divisive politics. Since in patriarchal norms women are regarded as property of man and are made to live under the control structure defined by men, such an issue rouses high emotions. The agenda of communal politics targets minorities, Muslims at one level and promotes patriarchal norms at another.

Over a period of time, from being just a mechanism to control the lives of Hindu girls, a tool to ensure that girls don’t have the right to choose their own life partners, this phrase has been used to instigate violence as witnessed in Muzaffarnagar. Most of the pretexts of communal violence are cooked up, gradually manufactured. This Love Jihad has by now become a dangerous weapon. On one side it demonizes the Muslim youth in the negative light and on the other it has the aim to curb the freedom of women. The politics in the name of religion, the politics of Sangh Parivar here in India or that of Taliban’s in Afghanistan, Islamic fundamentalists, or even Christian fundamentalists all operate on the same wavelength as far as crushing the rights of women is concerned. In line with this starting from Sri Ram Sene, to Babu Bajrangi to those orchestrating violence in Muzzafarnagar, they all operate on the premise, that women are the property of men and their lives have to be controlled.

The truth is not the issue here; the myth has been drilled in to the thinking of society. This phrase has double edged nature, which is something we need to register and combat. This phrase has tragically become a powerful concoction in the hands of communal forces.