Supreme Court Of India: Agitators Did Not Have An Inherent Right To Blockade Roads

The capital’s worst riots in decades have now mercifully been contained, albeit with the dreadful loss of dozens of lives. It can hardly be coincidental that after simmering under the surface for two months, amid sporadic incidents, violence suddenly flared on the day that United States (US) President Donald Trump visited Delhi. It is another matter that the visit proved to be a big success, with significant progress in the bilateral relationship of the world’s two largest democracies. 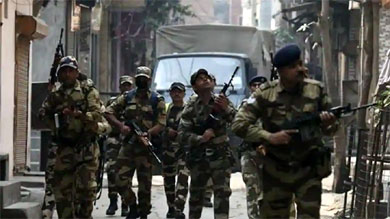 Worryingly, even in such circumstances, conflicting, partisan narratives continue to prevail, when what is desperately needed is objectivity and restraint, but also clear red lines and firm, resolute enforcement of those. But that is easier said than done.

While it is easy to criticise Delhi Police, their predicament is worth pondering over. First, there is the fatigue factor of having had to continually be on edge during two months of protests, during which they were repeatedly attacked with stones, not to mention shot at and had acid thrown on them.

Next, whether they chased stone pelters from outside Jamia Millia Islamia into the university’s library, or refrained from going inside the Jawaharlal Nehru University campus when vandals went on a rampage there, they faced opprobrium. Third, in this age of heightened alertness to potential human rights accusations, their dilemma in choosing between stern proactive steps, and waiting for the general public to accept the need for a crackdown, must be a tricky path to navigate.

It is no exaggeration to say that the police were being battered physically and psychologically from all sides. In the meantime, while the Supreme Court (SC) refused to intervene in public interest litigations (PILs) against the police action at Jamia, saying the maintenance of law and order was the first priority, it was far more ambiguous on the extended agitation at Shaheen Bagh.

The SC commented that agitators did not have an inherent right to blockade roads and inconvenience the public. But it declined to pass an order, leaving it to the police to decide what to do, while reserving the option to decide later if they took the right decision. As the agitation carried on, the court even sent out mediators instead of pronouncing a judgment. Finally, with many of their ranks injured and one stoned to death, it should hardly be a surprise if the police were demoralised and indecisive.

One aspect that stood out during the past weeks was the apparent polarisation in the media. When some journalists perceived to be sympathetic to the government were manhandled by protesters at Shaheen Bagh, not all in their fraternity condemned it. But that sad situation came full circle in recent days, when some among those considered anti- establishment also faced physical assault at the hands of another set of violent protesters.

Similarly, incendiary statements from the Shaheen Bagh protesters, activists, celebrities, as well as several politicians from around the nation yielded partisan responses. This tribalism, of responding to every development through an “us vs them” prism is, of course, not unique to India. And although more vociferously alleged by those on the Left against their opponents, it reigns across the political spectrum. In fact, in recent decades, it has become the norm in democracies around the globe.

Which is why President Trump’s India visit saw both politicians and some in the media, in both India and the US, react in noticeably partisan terms. Sadly, even India’s largest Opposition party, which had itself prioritised this relationship when in government, turned critical of the Trump visit. And for no good reason, from an Indian perspective, other than the chemistry he seems to have with Prime Minister Narendra Modi.

And therein lies the crux of the issue. The more that the PM has grown in stature, the more some seem determined to oppose him at any cost, without regard to principles or consequences. Nothing else can explain their rabid opposition to the Citizenship (Amendment) Act, or the CAA, the principle of which has been espoused by every major Indian leader from Mahatma Gandhi and Pandit Jawaharlal Nehru to Manmohan Singh, the last non-BJP prime minister.

It is cynical when most political opponents of Modi privately acknowledge that the CAA itself neither discriminates nor poses any threat to any Indian citizen, of any religion. Some do have objections to the possibility of a National Register of Citizens (NRC), although there is as yet no formal proposal for it. If there were to be one, they could, of course, oppose it, go to court, make it an election issue, and even agitate against it.

But the anti-CAA agitation, which has deliberately misled many Muslims into believing they would be disenfranchised, is misguided at best, and malevolent at worst. Of course, all of us have the right to dissent. But that dissent either must not include taking the law into our hands, such as vandalising public property, blocking public roads, and assaulting people, or we must concede that our opponents have just as much right to do the same. It is time thinking Indians stood on principles, and not on personalities, likes and dislikes.

Baijayant ‘Jay’ Panda is vice-president of the Bharatiya Janata Party, and a former Member of Parliament.

The views expressed are personal

Original Headline: People’s right to dissent does not mean taking the law into their hands