Imran Khan: From Playboy Cricketer through Believer and Charity Worker to Politician 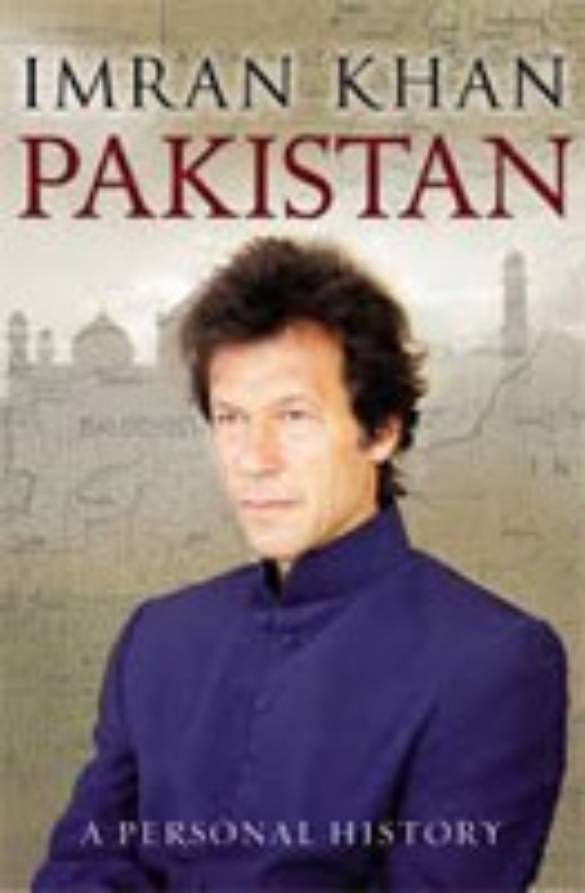 Imran Khan’s Pakistan: A Personal History describes his journey from playboy cricketer through believer and charity worker to politician. His story is interwoven with highlights from Pakistan’s history. At times he seems to conflate his own destiny with that of Pakistan, and at others to be writing a beguilingly honest personal account.

Khan describes how youthful hedonism eventually gave way to faith. His cricketing life led him to realise that talent and dedication were no guarantee of success. In the end, he says, it comes down to luck. ‘Over the years I began to ask myself the question — could what we call luck actually be the will of God?’

Khan’s religious awakening was further stimulated by physical vulnerability. In 1982 Khan was at his peak as a fast bowler. Pakistan was becoming a force in international cricket and had ‘thrashed Australia and India comprehensively’. Khan felt invincible, but a stress fracture suddenly meant he was unable to bowl for two and a half years. Most of the doctors he saw said that he would never bowl again. His ‘whole world came crashing down’. After an astrologer and a couple of clairvoyants failed him, he says, ‘in my state of uncertainty and vulnerability, despite all my doubts, I would turn to God’.

Worse still was to come. The author was recovering from the injury when his beloved mother became ill. Shaukat Khannum was told that she had a stomach infection, but it later emerged that she had colonic cancer. Khan was appalled by the standard of medical care for cancer sufferers in Pakistan, and after her death he raised the money to build a cancer hospital in her memory. It was a phenomenal achievement, driven solely by his vision and determination.  http://www.spectator.co.uk/books/7341931/pakistan-a-personal-history-by-imran-khan/

Imran Khan is best known in Britain as a cricketer, playboy and one-time husband of Jemima (née Goldsmith). But he has also been phenomenally successful at raising funds for health and educational projects, and equally unsuccessful, as founder of a political party, at winning seats in the National Assembly. His autobiography fills out this partial picture.

The book takes the form of a spiritual journey. The young man, one of cricket’s greatest all-rounders, considered himself invincible; there was nothing that an outstanding talent, hard work and belief in himself could not achieve. Western-educated at Aitchison College, the English-medium public school in Lahore, followed by the Royal Grammar School in Worcester and Keble College, Oxford, he confined religious practice to visits to the mosque.

Then came a stress fracture that put him out of cricket for more than two years and the death of his mother from cancer. These blows dented his feeling of self-sufficiency and led to the discovery of the richness of Islam.

In this he was guided by the writings of Iqbal, the poet-philosopher who is honoured as the spiritual founder of Pakistan, and by Mian Bashir, a retired civil servant and devout Muslim. His faith was also deepened through action – the immense task of raising money for a cancer hospital in honour of his mother.

The building alone cost $22 million. Then more money had to be found to offer free treatment to those who could not afford to pay. The challenge persuaded Khan to continue playing cricket for his country for longer than he would have liked; the hospital board members felt that otherwise fund-raising would suffer. His sporting career climaxed in winning the World Cup in 1992, at the age of 39, playing with a ruptured shoulder cartilage.

If the loss of East Pakistan in 1971 was the lowest point in the country’s fortunes, victory over England in the final was, in Khan’s view, the highest.

“My faith and the hospital grew together,” he writes. “The hospital tested my belief in God to the limit and all the time kept strengthening it.” The experience also opened his eyes to the generosity of poor Pakistanis and the rottenness of their rulers.

The next step in his journey was to found a political party, Tehreek-e-Insaf (Movement for Justice), and contest parliamentary elections.

Fully entering the political fray put great strains on his marriage to Jemima. The election campaigns of 1997 and 2002 meant he was often away from home. His opponents attacked him through her and it was even suggested, her father being Jewish, that Tehreek-e-Insaf was part of a Zionist plot to take over Pakistan.

Not only did the marriage fold but the political rewards were minimal: not a single seat in 1997, one seat, won by him, in 2002 and held until he resigned in protest at General Pervez Musharraf’s decision to run for the presidency while remaining head of the army.

Not beholden to any particular group, Khan lays about him at length and at will. The military’s power is disproportionate. Democracy is “just a cover” for the Pakistan People’s Party and the Pakistan Muslim League to “take turns in plundering our country”. The religious parties are full of “bigots completely lacking in compassion and tolerance”.

Freedom of the press is a myth, and the police and lower judiciary are hopelessly corrupt. Above all, following 9/11 and the invasion of Afghanistan, the country has sacrificed its sovereignty to American needs, illustrated recently by the killing of Osama bin Laden on Pakistani soil.

The Nato-led alliance should withdraw immediately from Afghanistan and leave the regional powers to sort out the mess. Aid from Washington and the International Monetary Fund fuels corruption and should be stopped.

And the agent of change? Khan sees the death of bin Laden in May as a turning-point. Utterly humiliated, the country is looking for a radical alternative and Tehreek-e-Insaf is the only party that can offer it. Given the forces ranged against him, there is something both admirable and quixotic about his self-confidence.