Province of Men: 'The Underground Girls of Kabul'

THE UNDERGROUND GIRLS OF KABUL

In Search of a Hidden Resistance in Afghanistan 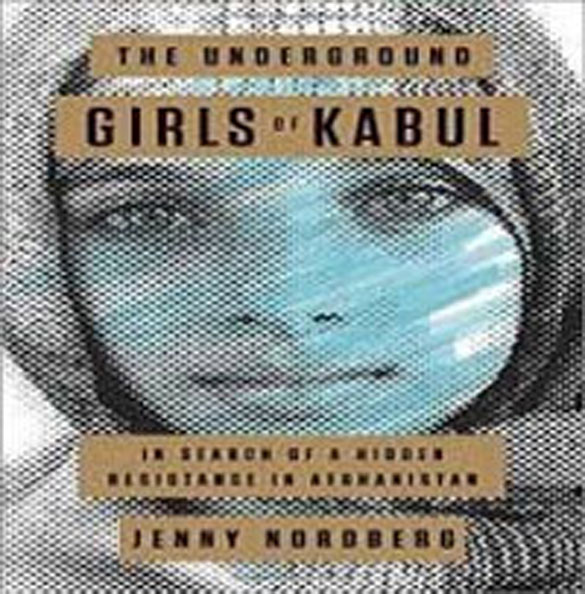 In August 2010, Time magazine published a picture of a mutilated Afghan girl on its cover — along with a warning to its readers. The image was “distressing” and “scary,” cautioned Richard Stengel, then the magazine’s managing editor, but it would “confront readers with the Taliban’s treatment of women” and allow them to decide “what the U.S. and its allies should do in Afghanistan.” He wrote that he had shown the image of the nose-less girl to his own sons, aged 9 and 12. Both of them “immediately felt sorry for Aisha.”

Sympathy and the moral righteousness borne of the project of liberating girls like Aisha from the Taliban were then, and are today, dominant frames in how Westerners view Afghan women. The details of Afghan lives that do not fit easily into the plot of pity or the fantasy of freedom are almost always ignored. It is in this realm of overlooked narratives and hidden details that Jenny Nordberg, a journalist who contributed to a Pulitzer Prize-winning series in The New York Times in 2005, sets her investigation into the lives of Afghan women. Her book, “The Underground Girls of Kabul: In Search of a Hidden Resistance in Afghanistan,” delves into the practice of “Bachcha posh,” in which prepubescent Afghan girls are dressed and passed off as boys in families, schools and communities. Through extensive interviews with former Bachcha posh, observation of present ones and conversations with doctors and teachers, Nordberg unearths details of a dynamic that one suspects will be news to the armies of aid workers and gender experts in post-invasion Afghanistan.

The central character of Nordberg’s story is a woman named Azita, a Member of Parliament from Badghis Province in rural Afghanistan. “She personified the new American plan for Afghanistan,” says Nordberg, who also wrote about Azita’s family and Bachcha posh in a 2010 Times article. With the new Afghan Constitution mandating women’s representation at 25 percent, Azita, the wife of a poor farmer, borrows money from a friend, contests elections and wins. There is just one problem with this sudden rise to public life: Azita has four daughters and no sons, signalling a lack of strength. To fix the situation, Azita and her husband make their youngest daughter into a son. The creation of “Mehran,” as the new son is called solves many problems. A visible male heir bolsters Azita’s public power — and her private power as well, since she is not only the family’s breadwinner but also the only one of her husband’s two wives to produce a son.

Through the course of the book, Nordberg introduces us to other iterations of Bachcha posh, some whose parents imposed the role on them, hiring them out as shop boys in the absence of a male provider, and others, like Zahra, who at 16 finds the privileged male world too attractive to abandon at puberty. Azita herself was Bachcha posh for a time, we learn, and the skills she acquired during her foray into the “man’s world” are undoubtedly useful as she makes her way through the male-¬dominated realms of Afghan politics. In nearly every case, however, puberty brings an end to this excursion into the freedoms of masculinity; real escape from a female fate is a fantasy. Zahra says wishfully to her mother: “When our relatives from America come and visit, I will force them to invite me. I want to study and work.”

“You are dreaming,” her mother replies. “No one will invite you.”

Zahra’s explicit desire to escape — echoed at one point by Azita, who admits she joked about seeking asylum during a visit abroad — reflects something crucial. If the division between Afghan men and women is the investigative centre of this book, its operative centre is the chasm between native Afghans and the foreigners who come and go. Nordberg hints at being nagged by this; at the end of the prologue, she says guiltily of leaving Afghanistan: “I do what we all do. I get on the plane and just leave.” In her sentiment lies the vexing asymmetry of the book and its most provocative question. Exploring war-torn and hapless Afghanistan, a world away from the calm and relative gender parity of the industrialized West, Nordberg is the opposite of the girls allowed just for a time into the privilege and entitlements of Afghanistan’s male domain. Theirs is a tourist visa, given on the presumption that return is necessary and that the country you are from is the one to which you will return. But while Nordberg’s return, if inflected by guilt, is never in question, the return of the bacha posh is impossible. Their momentary privilege imposes a lifetime of regret at the constrictions they cannot shake off.

To understand the oppressions of others, it is sometimes necessary to look more closely at the ones in which you are complicit. Western readers of Nordberg’s book will wonder how Afghan men can continue to perpetuate such discrimination and segregation, and why gender boundaries are not understood as pliable. Some insight can be gained from the parallel that just as Afghan men continue to uphold these distinctions; Western countries (the United States among them) continue to enable the sequestration of Afghans from the rest of the world. In 2014, 13 years into the American-led presence in Afghanistan, the Afghan passport is the worst one to have. Subject to special screenings and processes, its holders can travel to only 28 countries (as opposed to Sweden’s passport, one of the world’s best, which provides access to 173). Afghanistan is a prison for its citizens, excluded as they are from the world of global mobility inhabited by the very aid workers and journalists who go in and out and tell their stories.

To Afghan men, the divisions between sexes seem essential and intractable, traversable only by the temporary deceit of Bachcha posh. To the rest of the world, territorial control and the isolation of the war-torn, the undocumented, the refugee, seems just as crucial. In the middle are Afghan women, the losers of both hierarchies, local and global; allowed sometimes, but always temporarily and often only to substantiate the power or pity of others. At the end of Nordberg’s book, the Americans are leaving; Azita has lost her re-election bid and the public and private privileges that came with her office. Mehran, her stand-in son, is older, closer to puberty and being changed back into a girl. The lie is almost up, and the worth of the experiment seems, for all, questionable.

Rafia Zakaria is a columnist for Dawn Pakistan. Her book, “The Upstairs Wife: An Intimate History of Pakistan,” will be published next year.