A Song for Sindh: When a Hindu Woman Meets a Muslim Man 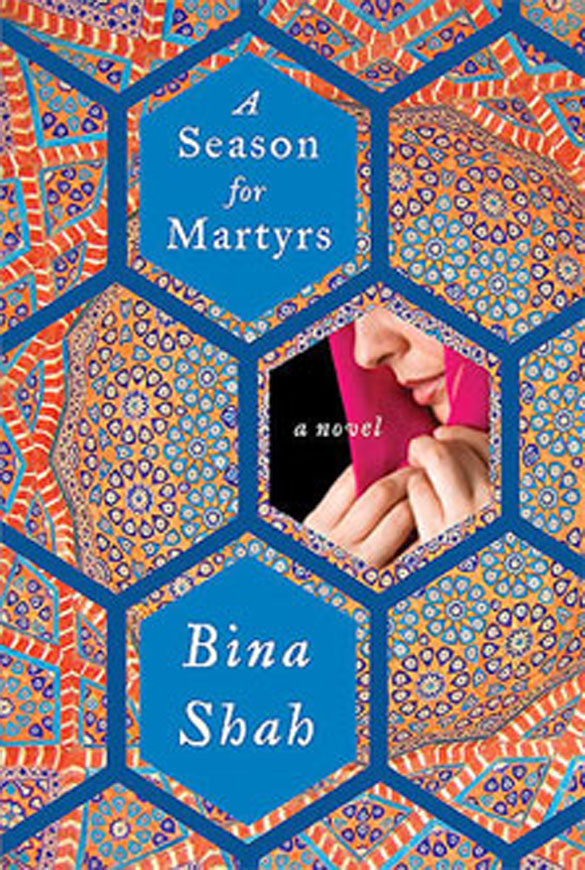 One of the curses of the post-colonial upbringing is the loss of location, not of actual geography or the tangible physicality of a place, but of its linear connections to the past.

Those are ones that exist in story and fable, are reflected in vision and song.

It is this severed saga of Sindh, hacked apart by colonisation and migration that author Bina Shah’s new novel, A Season for Martyrs attempts to piece together.

What history has torn apart let fiction bring together and so it is in the tale of Ali and Sunita, inhabitants of Sindh’s tumultuous present, man and woman, Muslim and Hindu.

In Shah’s telling, theirs is a love that is much like Sindh’s lore, threatened, delicate and secret. Ali is a journalist, harbouring like so many millions of Karachi’s children; dreams of escape to a foreign land. Sunita is by virtue of indigenous connection, a child of the land; rendered less by the arithmetic of Pakistan’s new nationalism, its awkwardness with the hyphenation of a Hindu-Pakistani.

We all know this erstwhile present, its bombings, its shifty politicians, its unpromising prospects; all of it so overwhelming and punishing. Less of us can see the threads that connect it to the conflicts of our forbears, trace in our longings the fears and desires of worriers past; who struggled also with the fears of loss.

It is this delicate thread that A Season of Martyrs mines from the past; a history rich with wisdom of Sufis, whose meditations were directed into the same distant horizons as our own, whose wandering steps sifted the same sandy soil. In the skein spun by Shah, the verses of Shah Abdul Latif Bhitai’s Shah jo Risalo, the story of Jeandal Shah and the Talpurs and so many others become alive and relevant juxtaposed against its know present.

Despite its depths, however, Shah’s delving into Sindh’s past to enable its literary resurrection is not the idealised encounter that tempts so many post-colonial authors in their search for the untouched and untainted.

It is not simply the mystic, the edifying or the beautiful that she brings back for us from the archives; it is also the condescending, which was the heart of the colonial and is perhaps its most scathing legacy.

The reminiscences of the British officers that were once stationed in Sindh are recalled forming a literary backdrop against the colonialisms of today. One of them is poignantly represented in Ali’s visit to the American Embassy, its endless security cordons, its infantilisation of the anxious natives all trying to get out of the land they fought for, are connected to.

Like a carefully wrought tapestry, the unequal contours of these power relations of now and then come together in the story of A Season For Martyrs.

The resurrection of history, its threading together is a task long due, not simply for the Pakistani but also for global audiences of the English novel.

For those at home in Sindh, the task of reading this book is attached to the task of re-learning what is familiar but encroached and encrusted with myriad contemporary hatreds, of the Hindu, the feudal, the homosexual and the migrant.

For those who look in from the outside, it is a corrective against the decontextualised, much dramatised and ultimately distorted version of Pakistan and consequently of Sindh, as a homeland only for terror and trouble.

Rafia Zakaria is an author, attorney and human rights activist. She is a columnist for DAWN Pakistan and a regular contributor for Al Jazeera America, Dissent, Guernica and many other publications. She is the author of The Upstairs Wife: An Intimate History of Pakistan (Beacon Press 2015)