The Pathan Unarmed: Opposition and Memory in the North West Frontier

The Pathan Unarmed: Opposition and Memory in the North West Frontier 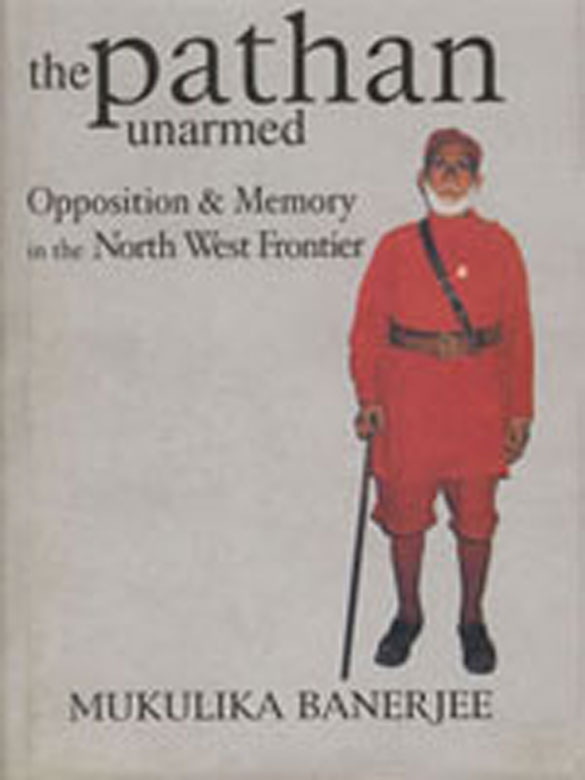 Most of the readers of this review will have some general knowledge about the social movement called the Khudai Khidmatgar (Servants of God). They probably know that Khudai Khidmatgar were also called Red Shirts, that they were based in Pakistan’s Northwest Frontier (now Khyber Pakhtunkhwa), and that they were active in the anti-colonial struggle. They also may know that the Red Shirts were led by the Pathan landowner, educator, pacifist, and revolutionary, Khan Abdul Ghaffar Khan, popularly referred to as Bacha Khan, and later as the Frontier Gandhi. And they may know that at its height it included approximately 100,000 active members, and many more were sympathizers. Some may recall that the Red Shirts were jailed, beaten, tortured, humiliated, and sometimes murdered by the Raj. In fact, the violence they were subjected to was greater than that experienced by any other independence movement in the subcontinent.

But aside from these basics, in general the story of the Servants of God and their leader has faded from Pakistan’s collective memory. This was not by accident. Ghaffar Khan’s support of Pathan autonomy and his close ties to India’s Congress Party led the Pakistani government to brand the Red Shirts traitors to the new state, and to jail, torture, and even kill them. Bacha Khan himself spent most of the rest of his life either in prison or in exile. As a result, the movement has become a mere footnote in Pakistani history.

Although the Red Shirts’ experiment was suppressed and its memory erased, it nonetheless achieved – if only transiently (though it lasted longer than other parallel movements) – something unique and astonishing: it converted the notoriously fractious and aggressive Pathans to non-violence, and inspired an idealistic, self-sacrificing mass movement aimed at educational reform, social uplift, service to others, equality of ethnic groups, redistribution of power, the end of feud, tolerance of other religions, and rights for women, among other goals. The great contribution of Dr. Banerjee’s book is to describe, in striking detail and from multiple perspectives, how this remarkable movement gained and held its adherents. In so doing, she contributes not only to the rescue of an unjustly forgotten past, but also to the larger study of the structure and trajectory of social movements and the ways in which personal charisma operates in dialectic with complex, often ambiguous, cultural and social contexts.

One of her central arguments is that movements such as the Khudai Khidmatgar are most likely to arise in “frontier zones (where) new influences do not obliterate old ones but rather combine with them to throw up novel syntheses, which in turn are carried back to the surrounding civilizations” (Banerjee: 208). This was certainly the case with the Red Shirt movement, which originated not in the tribal zone, but in the settled areas near Peshawar, an area where new ideas and new relations of production were challenging old ways. In response to this situation, Ghaffar Khan’s father embraced the new, and sent his son to study at an English language preparatory school, where Christian missionaries taught him that it was his moral duty to serve his community and to value education. Ghaffar Khan absorbed these lessons well, but he also was inspired by the liberation struggle in the sub-continent. He embraced the Gandhian philosophy of non-violence (ahimsa), and adapted it to core Pathan values of manliness and honour, as well as to Islamic ideals of self-sacrifice and collective unity. As he explained to his followers, although the British could not be defeated on the field of battle, these tactics and values could shame them into surrender.

The young Khan’s aim was not just the overthrow of the British. He also campaigned for a complete elimination of what he saw as archaic and destructive Pathan institutions (feud, excessive bride price, factionalism). He righteously decried the greed of moneylenders, the filth of villages, the mistreatment of children, the rapaciousness of mullahs, and the ignorance and bigotry of the populace. Above all, his crusade aimed at raising his people up from ignorance and repression to assume their rightful state of enlightenment and nationhood. This could only occur, he argued, if the Pathans stood together as a disciplined and unified collective, foregoing sectarian and clan allegiances.

Banerjee brilliantly uses data from her interviews with elderly former Red Shirts to reconstruct some of the ways divisive tribal loyalty was supplanted by an ethic of self-sacrifice within the collective (parallels with the original Islamic Ummah are obvious). In the first place, the movement was inclusive: all who wished to join were welcome, even non-Pathans and non-Muslims. As Bacha Khan said, the only ones barred were the cowards. The recruits were enjoined to love one another, and to call each other ‘brothers,’ and to intermarry. The men even dropped their tribal names and referred to themselves as “Khudai Khidmatgar from Sardaryab.” Rage over British atrocities made it both normal and honourable for every family to have at least one member enrolled in the Red Shirts’ resistance. The expansion of membership further undermined factionalism and feud, since any resurgence of inter-clan hostility led to exclusion from the group and to dishonour.

Other factors intensified selfless merger within the group. For an obvious example, their distinctive red uniforms set the Servants of God apart from the general population and brought them together in one body. The same effect followed from their relentless military-style drilling and training, which taught submission and unity. This ethic was reinforced as the Khudai Khidmatgar recruits, following the example set by their leader, marched from village to village, cleaning up trash, teaching basic hygiene, showing people how to spin cloth, setting up schools and clinics, and generally serving the people. The immediate pragmatic benefits of these acts lent credence to the ultimate goal promised by the Bacha Khan, and brought new recruits into the movement. But equally important was the gradual psychic effect selfless work for the sake of others had on the Khudai Khidmatgar, making it easier for them to embrace suffering for the cause.

Also crucial for fusing recruits together was the charismatic mode in which authority was exercised and awarded. All orders were to be obeyed without question, since they emanated from the Bacha Khan, whose word was law. He assigned ranks and often chose and dismissed his lieutenants according to his intuitive appraisal of their character and commitment, or for whimsical qualities, such as being the most tongue tied, or the fastest runner. For him an overriding qualification for leadership was modesty. As he said “Don’t give it to the man who wants it” (Banerjee: 136). Traditional status or instrumental skills were beside the point. In the Red Shirt ideology, anyone could be a leader (a leatherworker actually became a general). Making all members potential leaders, and therefore equivalent in principle, simultaneously emphasized the Bacha Khan’s absolute authority and furthered the recruits’ commitment to the cause.

The Bacha Khan’s own behaviour exemplified the self-sacrificing values of the movement. He renounced all privilege, dressed and ate simply, slept on cots or on the floor, wore torn clothes, cleaned latrines and swept floors, and otherwise shared the lot of the poor. As one of the Red Shirts recalled: “He was a big Khan but he lived like a Faqir. He did not even have a cap to cover his head” (Banerjee: 126). The Bacha Khan never claimed spiritual powers for himself – he was, he said, a servant, not a Prophet. But despite his denials, the Red Shirts knew that their leader was a holy man. After all, a true saint does not call himself a saint. They asked for his blessings, called him Nabi (seer) or Wali (friend of God), and firmly believed he could work miracles – as objectively proven by the greatest miracle of all: the unification of the Pathans.

The final and most crucial element for instilling values of self-sacrifice into the Red Shirts was the actual physical experience and example of imprisonment, pain, and humiliation. Because this was the highest value, men sought the honour of being beaten, jailed, spat upon, stripped naked, and then forgiving their tormentors. In doing so, they believed, they became martyrs to a holy cause – a role that resonated with core Islamic values. At the same time, they demonstrated to others and to themselves the basic Pathan virtues of bearing pain and exhibiting bravery. These virtues had traditionally been revealed in battle, but were now expressed by courting and accepting punishment without flinching. Such exemplary martyrs were the heroes of the Khudai Khidmatgar; men whom all the others hoped to emulate. Trained through a regimen of exercises in obedience, self-denial, and service, and immersed in an encompassing collective gathered around a charismatic leader, they were able to submit willingly to suffering most of us can hardly imagine.

This initiation process, and much more, is wonderfully described and discussed by Dr. Banerjee. She argues that Bacha Khan was a master of combining charisma and pragmatic action, in hopes that his efforts would lead to an autonomous and enlightened Pathan nation. But she also documents the sad truth that the pathetic remnants of his army are now left with only their memories.