Indonesia's Ahmadis Look for a Home in a Novel 'Maryam' 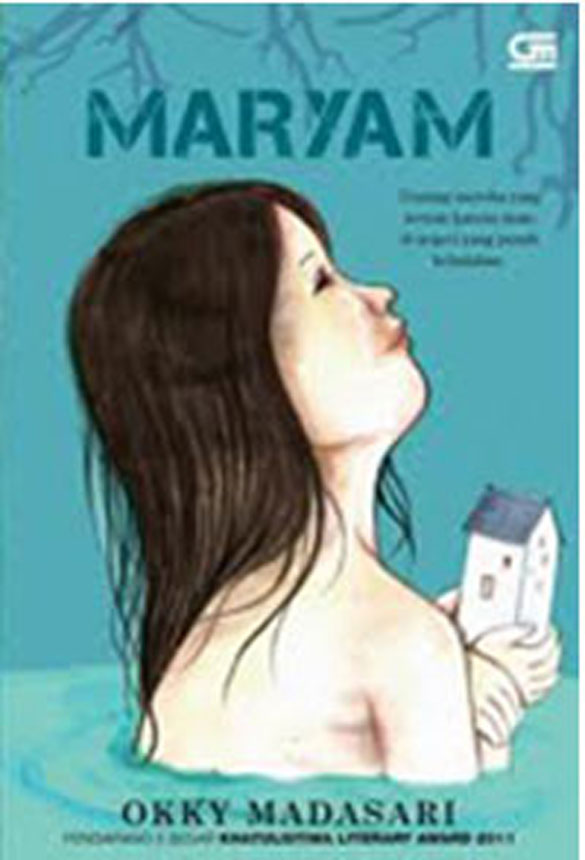 “Maryam,” the third novel of author Okky Madasari, is a story about the suffering of the repressed Ahmadiyya sect in a small coastal village called Gerupuk in Lombok, West Nusa Tenggara.

Maryam, the main character, was born and raised in an Ahmadiyya family. Her father is a devoted Ahmadiyya member and has established good relationships with the members of the village. Growing up, Maryam pursues higher education in a prominent Universitas Airlangga, Surabaya, East Java.

Her parents wish her to marry an Ahmadi man and believe that it’s the best thing for her to have a husband from the same religious background — marrying someone outside the Ahmadiyya sect will not work.

She sets off to Jakarta in search of work, and meets another man named Alam whom she falls in love with and marries. Later in the marriage, she finds out that Alam is not the right man. This unfortunate occasion prompts the pair to divorce and sends Maryam back home to Gerupuk.

By the time she returns, she learns that her house is empty and the whole Ahmadiyya community is forced to leave. The sect is accused of being heretics, not a part of Islam and not an acknowledged religion.

Maryam loses her house and her family because of faith. It is a fictional story based on very real intolerance and expulsion surrounding faith, trends which have been increasing in Indonesia, according to human rights organizations.

The sect, founded by Indian Muslim Mirza Ghulam Ahmad in 1889, is considered controversial in many Muslim majority countries. It is banned in Pakistan and Saudi Arabia. The Ahmadiyas community believes in Islam, but differ in their interpretations of the Koran.

There are two Ahmadiyya groups in Indonesia. The first is Ahmadiyas Qadiyan, popularly known as Jamaah Ahmadiyya Indonesia (JAI), which started in Bogor. The group claims that Mirza Ghulam Ahmad is a Mujaddid (divine reformer) and a prophet. This is a key point of contention because most Muslims believe that Muhammad was the last monotheist prophet.

The second sect is the Ahmadiyya Lahore, commonly known as Indonesian Ahmadiyya Movement (GAI) based in Yogyakarta, which doesn’t necessarily believe that Mirza Ghulam Ahmad is a prophet, but rather a Mujaddid.

In 1953, JAI was officially recognized in Indonesia to have legal status from a decree handed down by the Minister of Justice. But the acknowledgment did not stop other groups from spreading their hatred. The Indonesian Ulema Council (MUI) issued a fatwa (religious edict) declaring that Ahmadiyya is outside the pale of Islam, heretical and deceiving.

Even worse, JAI have come under increasing violence and deadly attacks since MUI issued another fatwa in 2005, saying the sect is Haram and deviating from Quranic teachings regarding the final prophet. Hard-line Islamic groups attacked the Ahmadiyya headquarters near Bogor and assaulted its members in many areas such as in East Lombok, Manislor, Tasikmalaya, Parung, Garut, Cikeusik, and other regions as well.

The Ahmadiyya have the right to exist without fear of expulsion and persecution. Whether Ahmadiyya has deviated from Islam is not relevant. What’s right is protecting its members as citizens.

The character of Maryam represents just one of the many people who follows Ahmadiyya teachings and wants to live a normal, happy life in Indonesia, a country that’s supposed to guard the rights of its citizens. There's minimum protection for all of the Maryams, her family and the members of Ahmadiyya in general.

But authorities haven’t guaranteed the safety of these people. The authorities do not guarantee the protection of their houses, their land, their possessions, their rights and above all else, their souls.

Although Maryam and hundreds of thousand other Ahmadis can’t return to their own houses, they still live among us in a pluralistic society. And like many of us, they’re striving just to live their lives.

Through “Maryam,” Okky gives us the opportunity to walk in an Ahmadis’ shoes to foster a better understanding.

Asked what inspires her to write about religious issues, Okky says: “I’m deeply concerned about the intolerance and discrimination against minority groups in Indonesia. Through ‘Maryam,’ I intend to fight for the rights of those who have been out casted and victims of violence.”

This is a call for Indonesians to give Maryam and the rest of the Ahmadis back their home, their rights, their dignity and their happiness.