Liberation Through Surrender: 'Understanding Islam in the Modern Age'

1. Surrendering to God is the most difficult phenomenon

2. The human nature has been constructed in such a manner that it rebels against every surrender, particularly the unseen one

3. The reward in the Hereafter is based on the surrender of faithful to the creator 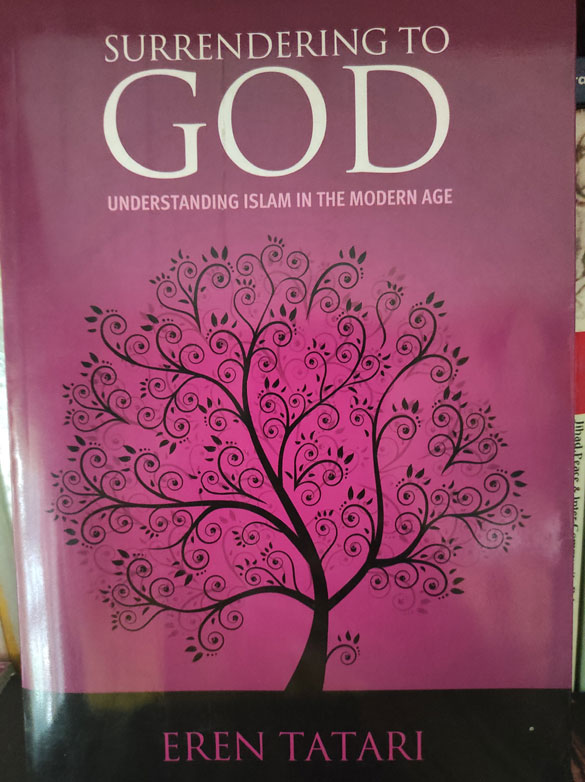 God is the biggest reality of this world. To believe in this transcendental reality, make it the primary focus of one’s life and ultimately surrender to the divine will, certainly will give a new positive meaning to life. The lives of many people get revolutionized after they surrender themselves to God. They feel new vigor, energy and meaning of life. This rediscovery of God becomes the biggest achievement of their personalities. They discover new realities, new avenues and unique ventures, that directs their lives on an altogether different track than it was before this great discovery. Everything changes for them, but this change isn’t devastative or destructive for them but constructive and creative. The focus of their lives instead of materialism, hedonism and cut throat competition is now God, and they try to inculcate his values of love, peace, tranquility and mercy in their personalities.

The current book under review invites its readers for undergoing such a process that would lead to discovery of Go. In this process the personal journey of the young author Eren Tatari is a beacon light for others to discover and then surrender to God. Through the pages of the book Eren guides the readers on a path that ultimately leads to the God. Clare Corado in the Foreword of the book very well observes, “In many ways, reading this book is like sitting down to have a cup of tea with Eren. The work is in a category all its own; it is neither an academic survey of Islamic theology nor an attempt to seek converts. Instead, Eren patiently shares precious jewels of wisdom gleaned from the Islamic tradition to readers of all backgrounds. It is my hope that readers will not focus on the theological differences they may find between their own beliefs and Islam, but instead open their hearts to the book’s universal message to love and submit to God”.

The book is divided into three parts. The First part deals with the Introduction. Eren states that her book, “Is a compilation of faith based articles written for various journals, blogs, lectures and sermons. It reflects my understanding of Islamic principles so it is not an authoritative book on Islam” (P-6). Despite the bold acknowledgement of Eren about her book not being a credible authoritative source on Islam, she very well makes the reader ponder about the purpose of life that the materialistic culture in no way allows any soul the privilege of pondering over such an important question. Death always lurks at us, but we seem least concerned about this existential question. She acknowledges the exploitation and abuse that is happening in the name of religion but that in no way devalues the need for having a religion and adhering to its principles. She writes about the denial of God and rebellion against his commandments by people as Ego trap, “In all the Divine scriptures, God warns against this ego trap and advises us to discipline our egos with humility. Just because we are given the limited capacity to reason, we deceive ourselves into thinking that we know better than God. This mentality is a grave mistake that leads us to rebel against God’s guidance” (P-22). Eren wants people to submit to God but with reason and humility.

Part IInd of the book deals with the Faith/Affirmation by Mind and Heart. It describes the fundamentals of Muslim belief and their essence. It further demonstrates the weakness of positivist-empirical science in helping us reach to the truth. Eren makes the readers to understand Tawhid (monotheism) differently. “Where is Tawhid in our understanding of death? God does not say in the Quran that we will return to Him one day; we are returning to Him continuously. For instance, where is my yesterday, where is my past year? Every moment has returned to Him. When we die at 80, it is only that moment that is returning to Him. All the past has already died and returned to Him. In a sense, this life and the next are parallel. It is not linear (life followed by afterlife). (P-41-42).  This part also deals with other fundamentals associated with Muslim belief like Belief in Messengers, Scriptures, Angels, Destiny, Afterlife and Judgment day.

The Part IIIrd deals with Worship/Confirmation by Action. It describes the purpose of creation, ways leading towards God, essence of following the fundamentals of Islam, and avoiding the pitfalls of paganism and pantheism while remaining loyal to monotheism. “We have been given limited knowledge so that we can comprehend what it means for God to be the All Knower. Yet thinking that His knowledge is the ocean and ours is a drop from the ocean is wrong. This would wrongfully mean that we are a part of God (and even part of divine is divine; hence this would be saying we are God). Ours is not a drop from the ocean. Ours is a measurement which measures the quality of water, rather than of the same kind of water” (P-128).  Eren then writes about belief and responsibility, “Belief is not a claim, but a dynamic phenomenon. The most important aspect of Islam is the absence of institutions. From one aspect, the lack of institutions gives the believer freedom, yet from another aspect it gives greater responsibility since believers have a personal relationship with their Creator without an intermediary” (P-132).

Eren then deals with the satanic whisperings and how they try to distract the believers from the Sirat al Mustaqeem. She further writes about the Ramadan and the spiritual bliss that accompanies it. She further states about the relationship between modest dress and spiritual states and piety. The real spirit of the fundamentals of Islam and following them has been brought forth by Eren in this book. The book also attains autobiographical overtures at times, as Eren relates about her own personal journey to spiritual bliss and discovering path towards Allah. Though the book has nothing new to offer but the way Eren interprets the fundamentals of Islam makes the reader to remain glued with the book. The book reads like a novel instead of a boring theological text mired with difficult terms and concepts. At times the reader attains a state of ecstasy while going through the pages of the book and can experience the spiritual bliss through the words that describes the path of the journey towards submission. Overall the book is a nice read, but it has a few grammatical and editing errors that can be corrected in the next edition. It is indeed a welcome contribution by Eren, and I look forward for more from her enlightening pen that writes beautiful prose.