Muslim Women: From Victims to Suspects 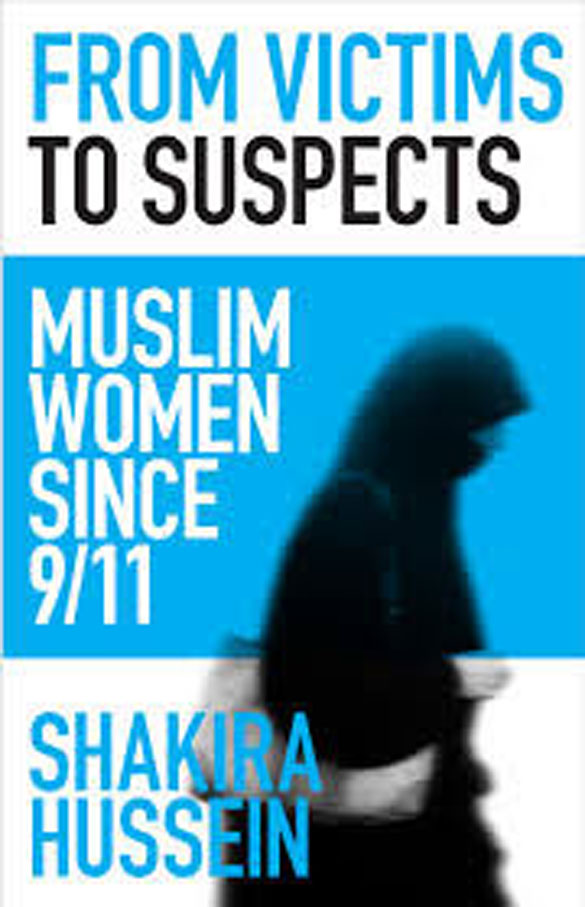 From Victims to Suspects: Muslim Women since 9/11

Several years ago I attended the Sydney Eye Hospital. The two women on the front desk were both wearing headscarves. For a moment I thought, “Hmmm, jobs for the girls ...” before dismissing it as unfair. I might have thought the same if both had Chinese features, or it had come out in conversation that both had attended the same high school. I also didn’t think twice when the ABC news would cross to the Malaysian stock exchange and its regular talking head — a finance journalist — wore a headscarf. Of course she would, it’s Malaysia. 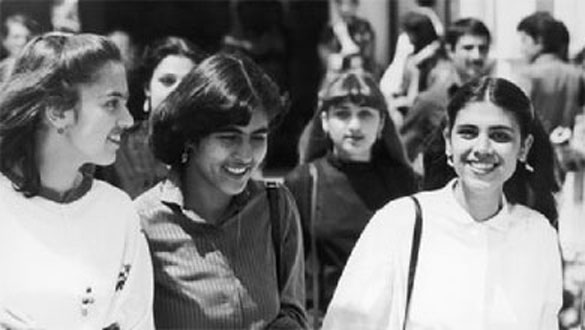 Afghan university students in Kabul in the mid-1970s, before the advent of the Mujahideen and Taliban

Later I wrote a well-received philosophy paper defending French policy on veiling in public spaces, arguing against one of my heroes, Seyla Benhabib. I hoped to translate it into a newspaper article, as serious food for thought in public debate.

Oh, those blissfully naive days, before the rise of Islamic State and before the ubiquity of images of forced sequestration inside black or blue Burqas. The days when women in sophisticated cities across the Middle East could choose whether to cover their heads, in an act of devotion or political symbolism, or not.

I wouldn’t dream of publishing my paper now and giving comfort to Islamophobes. And one can no longer look at a woman with her head covered without feeling one’s merest glance loaded with political significance. But I keep a picture in my file of three happily smiling university students, bareheaded in the sun, in Kabul in the mid-1970s.

While I couldn’t care less if an Australian woman wore a headscarf, I do feel very uncomfortable at the sight of a fellow citizen, who shares my legal rights and freedoms, enshrouded from head to toe. What actually enrages me is the sight of her husband strutting about in shorts and thongs, gut hanging out. At least in Saudi Arabia, men dress as modestly as women. They cover their heads too.

As tensions in Western countries rise, a non-Muslim woman even discussing these issues is open to criticism — for appropriation, for condescension, for ignorance. And yet, one does have a right to hold an opinion on anything, especially when that anything arrives on one’s doorstep. The discussion then becomes more proximate, less theoretical.

Shakira Hussein’s From Victims to Suspects: Muslim Women since 9/11 is a welcome addition to the debate. An Australian academic, Hussein has the knack of bringing ethical discussion alive. A frequent commentator and fluent writer, she mixes names such as Jacqui Lambie and Meena Keshwar Kamal, Imran Khan and Bronwyn Bishop, with ease.

This is not virgin territory. Last year, three books on veiling came out: Mona Eltahawy’s brilliantly fiery and terrifying polemic Headscarves and Hymens; Yasmin Alibhai-Brown’s calmer canvassing of the same issues in Refusing the Veil; and Sydney University academic Sahar Amer’s What is Veiling, a nonpartisan historical and theological primer.

Hussein’s project is to trace the mutation of prevailing Western memes about Muslim women who cover their heads, from the need to protect them to open aggression against them. The secondary justification of the war in Afghanistan, after fighting terrorism, was to protect Afghan women systematically repressed by the Taliban. It was used widely, even in support of shifting the war to then secular Iraq less than 18 months later.

Today, Muslim women face attack — not the horrors of fundamentalist regimes, obviously, but verbal abuse, spitting, minor assaults such as pulling headscarves off — on the streets of the liberal democracies in which they grew up or where they took refuge. Often with small children in tow, they are harassed as symbols of the very world view that is presumed to subjugate them.

And such behaviour is not restricted to extremist organisations such as Reclaim Australia, Hussein writes: “Muslims are told by all concerned that they must determine where their loyalty lies, and act accordingly.”

The unanswerable question, of course, is: how? By giving up their religion, dressing like Lady Gaga and going on alcohol-fuelled nightclub binges? It can’t be as simple as removing the headscarf, because that leaves the pervasive, often unthinking, insults that Muslim women who don’t cover their heads will suffer daily. Not to mention that while people with a Muslim heritage are free to not practise their faith in this country, in eight others apostasy is still punishable by death.

The book ranges wide in time and place, too wide to précis here. One of the most involving discussions, however, is about “feminist” support for Muslim women. Hussein herself identifies as a feminist, but she digs deep into the psychology and motives of Western women who want to “rescue” their sisters.

She compares, for example, the symbolism of the “unflinching gaze” of the green-eyed girl who famously dignified the cover of National Geographic when the Soviets were waging war in Afghanistan to that of the blue mesh that hides the eyes of all women under the Taliban. In interviews with Afghan women who sought refuge in Pakistan, she found the issue of the Burqa less pressing than non-gender-specific problems such as the loss of income and the death of family members.

“When they did talk about the Burqa, they used quite different language to that deployed by their self-appointed Western saviours,” she writes. “Low-income women complained about the economic burden of purchasing an extra garment, or the fact that if a household could not afford a Burqa for each of the women, they could not all go out at the same time.” But who wouldn’t place bereavement and watching one’s children cry with hunger ahead of a dress code? And why would a poor, presumably uneducated, woman talk feminist theory?

That doesn’t stop me squirming with claustrophobia-tinged empathy to see those anonymous women unable to show their identity in public, in thrall to fathers, husbands or brothers, especially when we hear about the rates of domestic violence in Afghanistan (the UN estimates 87 per cent of Afghan women have experienced violence) and how groups such as Islamic State have segued a fundamentalist reading of Islam into the commodification of women as rapeable, saleable objects. And should a non-Muslim woman stay silent when she sees abuse of women anywhere? Imagine if Westerners hadn’t restarted the debate about foot-binding in China after the anti-foot-binding Taiping rebels failed.

From Victims to Suspects changes tack frequently, keeping the reader off balance. It raises more questions than it answers and one can’t help thinking, “But hang on, Shakira ...” at regular intervals. Some might call that inconsistency. But it’s also the mark of a cliche-avoiding and thought-provoking book grap­pling with confoundingly difficult cross-cultural problems.

Miriam Cosic is a writer and critic.