Book Review: The Underground Girls of Kabul- The Hidden Lives of Afghan Girls Disguised as Boys

Book: The Underground Girls of Kabul: The Hidden Lives of Afghan Girls Disguised as Boys 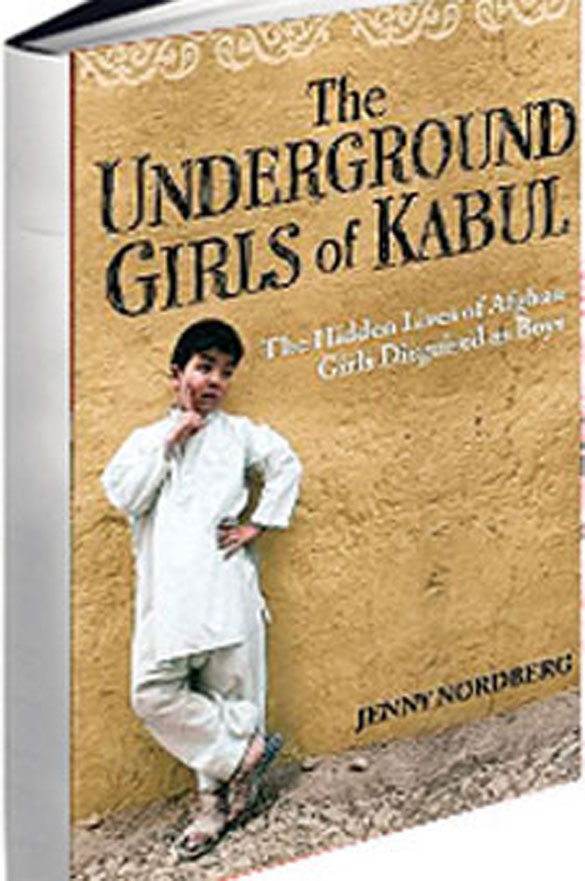 I would love to be anything in this world

But not a woman

I could be a parrot

I could be a female sheep

I could be a deer or

A sparrow living in a tree

But not an Afghan woman.

These lines, from But Not an Afghan Woman by Roya, set the tone for Jenny Nordberg's pathbreaking narrative of what it means to be born a woman in Afghanistan and how some cope in the face of society's collective oppression. The Underground Girls of Kabul is not a sob story of women's woes (of which there are many) in a deeply patriarchal milieu. It is an ambitious and diligent attempt at documenting, deciphering and distilling the reality of the hundreds, perhaps thousands of girls who dress up boys, a little known subterfuge that has become essential to the survival of those who practise it.

Nordberg expertly weaves their hidden lives into a tapestry depicting the anthropological nature of the war-ravaged society; just a few 'bacha posh' (dressed up like a boy) stories of those invisible behind the cloak of boyhood they have so willingly adorned. Be it Mehran, Zahra, Sakina, Shukria, Nader or Shaheda, the girls have traded their tresses for a cropped crop, gaining not only a new identity in the process but also a passport to a world that remains almost entirely forbidden to their female selves. As boys, the girls enjoy privileged treatment: getting bigger portions and better food, dressing as they please, playing outside the house, riding a bicycle, not having to avert their gaze when talking to others, getting a higher education, sitting on the front seat of the car, driving, etc.

It is perplexing to comprehend how the custom of girls dressing up as boys exists, or is even accepted, in a society where the male prerogative is embedded to the core. As she looks for answers, Nordberg chisels away at the many layers that have fossilised Afghan society — tribal culture, Zorastrianism and Islam, religious mullahs, years of war, Communist ideology, Taliban — laying threadbare the country's raw patriarchy and exposing its whimsy, contradictory attitude. 'Bacha posh' then conveniently becomes a way for couples with no male child to gain acceptance and honour. Significantly, it is when the 'bacha posh' girls choose to assert their freedom or reject their femininity that the custom turns into resistance.

Like Zahra, who says: "I will refuse to get married. My no is a no! When I grow up, I will go to the West, where nobody gets involved in your business. My will is very strong, and I will refuse my parents. Nobody can force me to do anything."

Or Shukria. "Sometimes it is very hard for me to be in bed with my husband because he is a man. I think I am also a man. I feel like a man myself, on the inside. And then I feel it is wrong, for two men to be together."

Beyond Afghanistan, 'bacha posh' shines the spotlight on identities that are forged within a gender and in a given environment. It raises questions about what it means to be born into a gender, what makes it acceptable to not want to inhabit that gender's role, or the damage and trauma that occurs when going back and forth between the two gender identities. While there may not be crystal clear answers, Nordberg puts it in perspective when she states: "When one gender is so unwanted, so despised, and so suppressed in a place where daughters are expressly unwanted, perhaps both the body and the mind of a growing human can be expected to revolt against becoming a woman. And thus, perhaps, alter someone for good."