A Life inside Al Qaeda 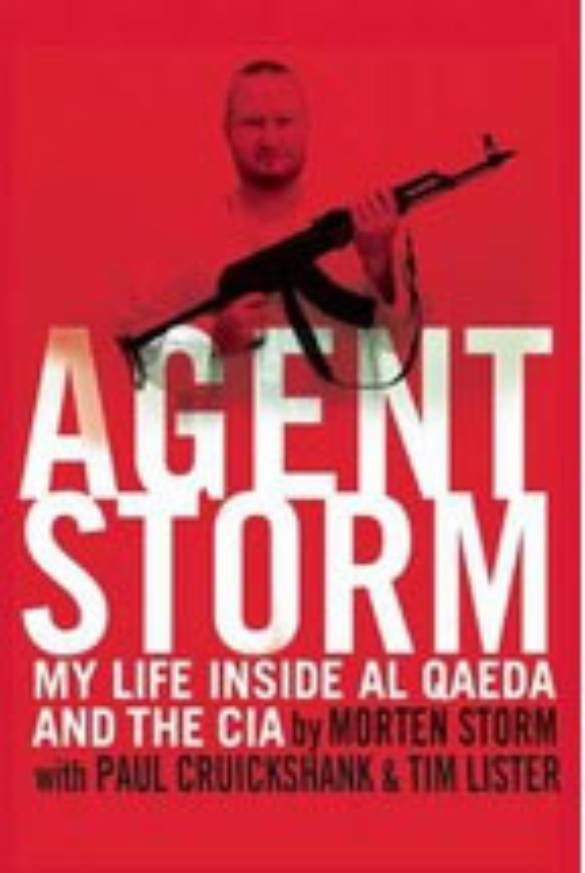 MORTEN Storm is a former biker turned European militant Islamist blowhard, turned Al Qaeda associate close to some of the most senior operational extremists in the world, turned spy, turned whistleblower. This is, it’s not unfair to say, an unusual combination.

Storm grew up in a tough, working-class coastal Danish town. His alcoholic father left home, his stepfather beat him and he committed his first armed robbery at 13. There followed multiple expulsions, special schools and a promising career as a boxer curtailed by indiscipline. By his mid teens, he was involved in a local street gang mainly composed of local Palestinian, Turks and Iranian immigrants.

“I gravitated to [them]. I felt like an outsider in Korsor and I always identified with the underdog,” he says early in this fascinating account of a decade or so spent inside both militant Sunni Muslim activism and security services’ counterterrorism.

Leaving the neighbourhood street toughs, Storm graduated to the Bandidos, a biker gang, and enjoyed much violence, casual sex and drugs.

The gangster declared himself a Muslim and enjoyed the comradeship of other Muslims he knew from the neighbourhood. None of them took the strictures of faith very seriously or knew many of its teachings. They celebrated his conversion by going on a drinking binge.

But another bout of jail hardened Storm’s Islamic faith and changed his perception of the world beyond Demark. When he fled to London to avoid angry members of his former gang, he ended up in central London’s Regent’s Park mosque; then he was offered a Saudi-funded scholarship to study Arabic and his new faith at an ultra-conservative religious school in Yemen. He accepted and this first trip to the Middle East marked the real start of his extraordinary journey through 15 years of extremism in Britain, Denmark and Yemen. Accounts of My Time in Al Qaeda are numerous enough for them to constitute a sub-genre, but there are no others in which the main protagonist has also played such an extensive role for Western security services, and, more crucially, is prepared to reveal so much.

Tim Lister and Paul Cruickshank, the two CNN journalists who have written the book with Storm, have done a fine job of giving context to his story and appear to have tested much of his account. The result is a credible narrative that illuminates both violent Islamic extremism and the intelligence community’s efforts to fight it. Neither the Islamists nor the spooks come out of it particularly well.

After learning Arabic and soaking up the teachings of some of the most conservative contemporary Islamic thinkers, Storm left Yemen for the UK. This was the end of the 1990s and London was home to many exiled radicals calling for violence overseas. The Danish convert quickly found new friends and he spent time with Omar Bakri Mohammed Fostok, the leader of the Al-Muhajiroun group. British activism existed on the very margins - cultural, political, social - of mainstream society. Staying in grubby flats in run-down social housing estates, living off welfare and petty (or occasionally more serious) crime, Storm and his associates inhabited a world of overstayed visas, violent online videos, idolised preachers, frustration and alienation.

Throughout the book, militant activism is revealed to be amateurish but nonetheless a threat. Storm’s own credentials as a militant were reaffirmed continually by his apparent closeness to well-known activists and ideologues.

The most prominent of these, and a central character in his account, is Anwar al-Awlaki, a charismatic US-born radical cleric of Yemeni origins who would eventually be regarded as second only to Osama bin Laden in posing the greatest threat to Western security. Al-Awlaki, the son of a senior figure in a major local tribe, invited Storm to dinner when the young Danish convert was back in Yemen in early 2006, and impressed him greatly.

Even so, Storm was beginning to doubt the message. He “began to reconsider some of the justifications for the killing and maiming of civilians”, he writes. “Now I thought of the twin towers, Bali, Madrid in 2004, London in 2005. My loss of faith was as frightening as it was sudden.”

Storm was not alone, and Lister and Cruickshank miss an opportunity to point out that tens of millions of people across the Islamic world, including very many who had been broadly sympathetic to the aims of the extremists in the period following the US and British invasion of Iraq, were having the same doubts. From Morocco to Malaysia, levels of support that were high in 2004 or 2005 had declined by 2007.

Both MI5, the UK’s domestic counter-intelligence agency, and PET, the Danish intelligence service, had previously attempted to recruit Storm, with no success. Having repudiated his former “brothers”, he dug out a card with a number on it and called. From here on, the narrative gathers pace, becoming a spy thriller written in spy-thriller prose. Detailed accounts by participants of how Western intelligence agencies attempted to kill major Al Qaeda figures are rare, and Storm’s descriptions of meetings, training sessions and discussions are revelatory. He recounts a series of episodes working as an informant for MI5 (back to the dingy flats and the mosques), for PET in Denmark and, eventually, for the CIA.

Storm’s portrayal of the spooks is unflattering. From the philandering, flashy, hard-drinking PET, to the stand-offish, rule-obsessed Brits, to the arrogant, wealthy CIA, no one comes out well. The degree to which the agencies conform to national stereotype is jarring, but his account of the lavish post-mission “debriefing” sessions with Danish handlers in luxury hotels in Bangkok and Lisbon is nonetheless more than plausible. Indeed, much has subsequently been confirmed by internal official inquiries in Denmark.

Storm, astonishingly, taped meetings with the CIA by leaving his iPhone recording and this material, too, corroborates his story.

His relationship with all the agencies eventually fell apart after the CIA set out to kill Al-Awlaqi. The cleric’s vehicle was destroyed by a missile fired from an unmanned drone in September 2011. Storm claims that a flash drive he delivered to Al-Awlaqi led the Americans to their target. The CIA denied this and Storm lost out on a promised $5 million reward. He had fallen out with MI5 and MI6 long before, in part because they suspected he had become involved in an assassination attempt, something prohibited by UK law. His relationship with the PET ended in acrimony too, as he went public with his story.

Storm repeatedly insists that he was led into radical Islamic violence by a “quest to fight for the underdog”. Equally important, perhaps, was his desire to be one of the team, to be liked, even to be admired by the gangsters, the aspirant militants in the UK, the hardened networks in the Arab Peninsula and the security services. Terrorism is less a matter of faceless organisations than a social activity — one which, in nature if not purpose or justification, is much like any other.