INSIDE AL-QAEDA AND THE TALIBAN: A Doomed, Distorted World 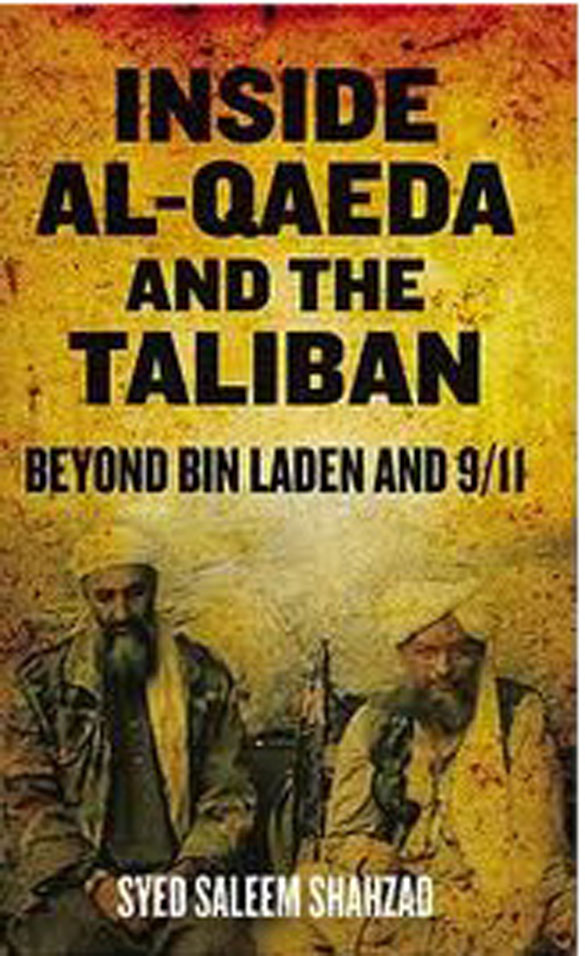 Inside Al-Qaeda and the Taliban: Beyond Bin Laden and 9/11

This is a racy read, one damning account, from cover to cover, of how and why Islamic militancy has gained currency in Pakistan — to the point that it is so well tolerated, even aided by the powers that be. No wonder the writer had to pay with his blood for knowing the details of the many sinister plots hatched and executed without a hinder, and for writing on the subject. This is the last book of Syed Saleem Shahzad, the Pakistani investigative journalist who was kidnapped and murdered in May.

Shahzad was well-entrenched in the workings of Islamic militants of all hues — al-Qaeda, Taliban, their various killer squads, splinter groups and facilitators, which, according to him, have now infiltrated the ranks of Pakistan’s armed forces.

The book is the stuff thrillers are made of, but here the cast tragically includes real people, some occupying intriguing positions of power and prestige even as we speak. Everyone in the plot seems committed to the idea of doom and annihilation, through which to enter the gates of Muslim paradise. If this indeed was the world Shahzad inhabited, he’s better off out of it. The only tragedy is that he wasn’t given the choice to press the eject button himself.

Inside Al-Qaeda and the Taliban reads like a prosecution case in which the narrator is the solitary witness. He’s also the whistleblower, one who outs the truth as he has found it over the years. There are interviews with terrorists as well as with those in cozy official positions who play into their hands or abet their crimes. Sinister plots, mostly well executed, translate into tales of horror, violence, murder and mayhem, of sabotage, betrayals and espionage at the level of non-state actors. There are individuals who have taken it upon themselves to represent the state without the state conferring that privilege on them. And the running thread across the entire gambit is that everyone does what they do for God alone. One’s family, life and country become secondary once one is on board the cult of militant Islam which has a global appeal and which does not recognise state boundaries: the earth belongs to Allah and must be wrested back from infidels. And infidels include Muslims who do not subscribe to the cult. Thus the country’s internal and external interests fade away when juxtaposed with this call of faith, even if it is a perceived call.

Shahzad reveals in great detail how this distorted, doomed world of al-Qaeda and the Taliban came to be inhabited by new “immigrants”, how al-Qaeda devised a strategy to attract people. They include retired army officers whose ties to the Taliban went back to the Afghan jihad years, but who still had contacts within the armed forces and could pass information back and forth. For example, sensitive information regarding the extent to which the army is aiding the Americans who are fighting the militants hiding in Pakistan’s tribal region bordering Afghanistan. Others taken on board include Pakistan’s madarsas preaching the uncompromising Wahhabi brand of Islam, which mushroomed across the land during the Afghan jihad years, with a helping hand from the CIA, the Pakistani state and the Gulf sheikhdoms that poured petrodollars. Once such bases were established, Arabs, Chechens, Afghans and poor Pakistanis thronged the seminaries to train for jihad. The growth of organisations, now banned in Pakistan, such as Sepah-i-Sahaba, Lashkar-e-Jhangvi, Jamaat-ud-Dawa, LeT, Jaish-e-Muhammad and others date to the heyday of CIA-ISI-Saudi patronage. The cadres were ready to go to jihad in Afghanistan or Kashmir, or alternatively busy themselves by converting fellow Pakistanis to their creed, punishing them by death in case of resistance. The sordid Lal Masjid episode in Islamabad in 2007 and the taking over of the Swat district by the Tehrik-e-Taliban Pakistan were the high points of this armed resistance to state authority.

The murder of Benazir Bhutto and the attempts on the life of General Pervez Musharraf before that were all logical outcomes of the state playing ball with such monsters that it had allowed to operate with immunity. While these organisations fanned the fires of sectarianism in Pakistan, targeting one and all, from the traditional shrine-going Sunnis and Shias to Ahmadis and Christians, on the Indo-Pak front they worked actively to derail the peace process. The attack on Indian Parliament and the havoc wreaked on Mumbai were their high points, with an aim to start an all-out India-Pakistan war.

Shahzad tells us that Gazva-e-Hind (battle for India) remains the aim of al-Qaeda, for according to a (weak) tradition attributed to the Prophet of Islam, the battle for India will unite Muslims in what used to be old Khurasan (regions bordering Iran, Afghanistan, Central Asia and present-day Pakistan), who will gain ascendance through this war and ultimately herald the coming of Mehdi the Messiah, who will liberate Palestine and establish Allah’s rule on earth, annihilating all infidels and bad Muslims alike just in time for the end of the world.

This, he tells us, is the vision of al-Qaeda’s current chief, Ayman Al-Zawahiri, towards which the organisation and its various splinter groups are working by winning converts in Muslim armies — Pakistan’s armed forces being a target group.

The book should be read even if only to find out that reality, as narrated by Shahzad, is stranger than fiction.

The writer is an editor with ‘Dawn’, Karachi