Underground converts to Christianity, shadowy male cross-dressers, and gay bloggers are not usually associated with Afghanistan. And yet they are part of the real but often unseen world Afghans live in. 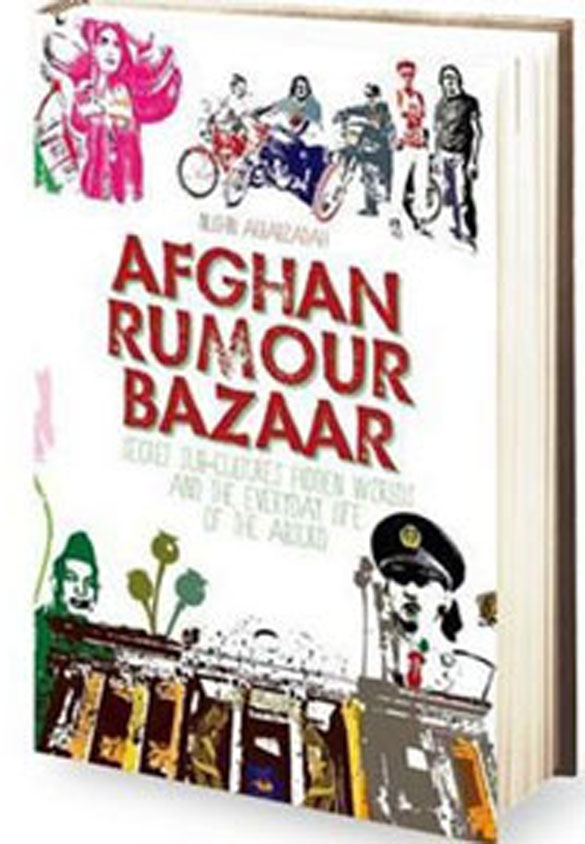 Afghan-American writer Nushin Arbabzadah lifts the lid on some of the lesser known aspects of life in Afghanistan.

That unknown side of Afghanistan is the topic of a new book, "Afghan Rumour Bazaar: Secret Sub-Cultures, Hidden Worlds, and the Everyday Life of the Absurd," by Nushin Arbabzadah, an Afghan-born writer currently living in the United States.

Arbabzadah, a lecturer at the University of California, Los Angeles (UCLA), was frustrated by the Western media's often one-dimensional coverage of Afghanistan. Her book attempts to go beyond bombs and Burqas to provide readers with new perspectives on a country many mistakenly assume to know.

"I'm much more interested in nonconformist people," she says. "I'm not interested in the established facts about Afghanistan and the kind of people who are usually used to represent Afghanistan. I focused on unusual people on the margins of society and those who don't conform to mainstream standards of Afghanistan."

Among her subjects is Afghanistan's underground gay community. "Afghanistan is a strictly heterosexual, family-based society where sex outside the legal bounds of marriage is a crime punishable by imprisonment," writes Arbabzadah in her book. "But behind the clean-cut surface of respectability, there's a foggy underworld of chaotic sexuality."

Arbabzadah says the "perpetual danger" of being a gay Afghan has not stopped gay activists and bloggers from talking about their sexuality, albeit in the safety of online forums and social-networking sites. In Afghanistan, homosexuality is a criminal offense punishable by death. Gays also risk being disowned by family or, worse still, being the victim of a so-called "honor killing."

One of the first Afghans to openly reveal his homosexuality was Hamid Zaher, who fled Afghanistan and his family in 2001 and eventually settled in Canada in 2008. Just a year later, he wrote his candid memoirs in Dari, "Beyond Horror, It's Your Enemy Who Is Dock-Tailed." Dock-tailed is an Arabic expression for a man without a son.

In his book, which was published in English last year, he reveals the fearful and solitary existence of being gay and of his first love -- a man he met at a park while he was living in Pakistan.

But Zaher's honesty has come at a price. His family, which pleaded for him not to publish his memoirs, has disowned him and Zaher is no longer in touch with them.

"Because Afghan society is a very conformist society requiring everyone to be the same, people who don't conform to these values tend to live secret lives," says Arbabzadah. "The gay community is an example. There are obviously gay Afghans who don't want to be married and establish families the way they're required from the mainstream points of view. So, these people have to carve themselves niches."

Another Afghan practice largely obscure to outsiders is bacha posh -- literally "dressed like a boy" in Dari. It is the old tradition of disguising young girls as boys. Some families without a son -- a sign of prestige and respectability in Afghanistan -- pretend a daughter is a son, even after the child's real sex is revealed.

These girls have their hair cropped and are given male names. They assume all the responsibilities and freedoms that come with being a male. The practice continues until the child reaches puberty, when she must swiftly revert back to her real gender.

"It may seem strange, if not downright unbelievable, that in a society obsessed with maintaining strict gender roles, one form of transvestism has become widespread and even acceptable," writes Arbabzadah, who was born in Afghanistan but left during the Soviet occupation in 1988.

The practice, however, is coming under growing scrutiny from Afghan rights groups. As Arbabzadah notes, the tradition is not only a "manifestation of misogyny but also a violation of the girls' rights to be themselves."

Battling Against the Odds

Afghanistan's community of transgender men is also covered in her book. Several years ago, a video of a police officer arresting a cross-dresser went viral in Afghanistan, encapsulating the bafflement of many Afghans toward the practice.

"When the footage was shown on TV you could see the bewilderment in the police officers," says Arbabzadah. "When the video was aired, the caption was 'a man dressed as a woman, but why?' Women are oppressed in Afghanistan so nobody understands why anyone would want to be one. You could just see that people didn't understand, even though in every neighborhood there are these individuals."

Arbabzadah, a former BBC journalist, also writes about often overlooked religious communities in Afghanistan. Among them is the increasingly open and vocal community of Christian converts.

Christian missionaries opened a church in Kabul in 1970. Although the church was demolished several years later, the missionaries inspired a handful of converts. From then on, Afghan churches have sprung up in places as far apart as Scandinavia and California, suggesting the number of converts has surged.

Today, the marginalized Christian community in Afghanistan has its own online TV channel. The bravest members of the community, Arbabzadah notes, venture out publicly and offer conversion testimonies in Dari and Pashto, the main languages in the country.  Christianity, Arbabzadah notes, is particularly evident in the north, where Christian concepts have found their way into school materials. As an example, Arbabzadah refers to students in computer classes who are encouraged to create folders named after Christian theological concepts such as the Trinity, or Christian saints and prophets.

In such a deeply Islamic and conservative country like Afghanistan, the marginalized face huge obstacles and hardships. But Arbabzadah suggests that things are looking up as a small but growing number of people accept nonconformist groups and individuals. "In every neighborhood there are these individuals," she says.  Everybody knows them, so once I brought this up there were many stories. People said, 'Yes we had someone in our neighborhood like that.' What is good is that there is a growing, if still only small, part of society that is a lot more open-minded than mainstream Afghan society. So, little by little, there is acceptance of people like this."