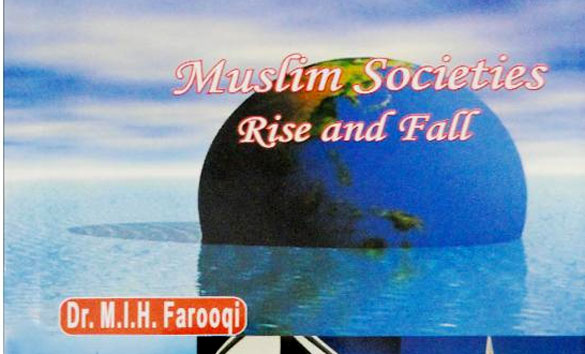 With the present population of 1.78 billion (est. 2016), Muslims constitutes 25% of world’s population. It is also claimed that faster  growth than the Replacement Level of 2.1 fertility Rate  of Muslim population will create many problems in the Islamic World including law and order as well as the break on the efforts for economic prosperity. But recent surveys conducted by Agencies like World Bank and others give a different picture. These surveys show that rise of Muslim population is not as fast and as dramatic as it is projected, sometimes with bad intentions.

What comes out from these Surveys is that the trend of fast growth of Muslims population around the world has been checked drastically during the last three decades. Birth rate per woman has fallen appreciably among Muslim communities and, therefore, their population is not increasing as speedily as some people wrongly believe. This is largely due to the fact that literacy in Muslim world has increased and economy of many countries has improved. Greater literacy rate is directly linked with the fall of growth of population because it is the main factor for maintaining Fertility Rate to a reasonable limit.  Successful efforts for economic prosperity of common man (eradication of poverty), greater life expectancy, healthcare awareness, particularly for women (mother) and children, emancipation (empowerment) of women, are the other major causes for the fall of the birth rate in Muslim societies throughout the world.

As far as Fertility Rate (Births per Woman) in Islamic World is concerned, barring few poor countries of  Africa, most Muslim countries have shown drastic drop in birth rates per woman from 5 to 8 births in 1960 to 1.7 to 4 births in 2018 (Fertility rate-The World Factbook).

Muslim countries with very high rates of fertility are from Africa, mainly because of low literacy and per capita incomes. For instances Niger with 7.1 children per women (highest in the world) has per capita income of 407 $ and 15% literacy.  Similar are the cases of Somalia (Fertility, 6.1: Lit., 39%; Per capita Income), Mali (Fertility, 5.9; Lit, 31% : Per capita income, 827$), Chad, Burkina Faso,  Guinea etc.. Other African Muslim countries like Tunisia, Algeria, Libya, Egypt and Morocco have fairly good records in all the parameters of fertility rates (2.2 to 3.1),  literacy (67 to 90%) and per capita income (3 thousand to 8 thousand $). International Agencies need to help poor African countries in their struggle to improve their economic strength. Europe has less than 1.9 fertility rates mainly because of their high per capita GDP and 100 % literacy. Global fertility rate in 2018 is reported to be 2.5; 0.4 more than the replacement level.

There is a strong possibility that with the increase in education standard, fertility declining trend will continue in the Muslim world and the coming decade will see the average replacement level reach to the desired limit of 2.1. All speculations about Muslim population “EXPLOSION” theory would fail and proved to be absolutely false.

A report in New York Times (Jan, 27, 2011) under the heading “Forecast Sees Muslim Population Levelling”, by Laurie Goodsteinjan states that the growth of Muslim population “ will level off with more Muslim women getting educations and jobs, people migrating to cities, and living standards improving”. He adds “the birth-rate in majority-Muslim countries will come to more closely resemble the pattern in other nations”. In his opinion, “Predictions that that Europe will become a majority-Muslim “Eurabia” are unfounded”.

The fact is that Fertility rate of many rich and educationally sound Muslim countries like Iran, Malaysia, Turkey, and UAE etc. already resemble that of many European countries. But poor and educationally backward African Muslim and non-Muslim countries have still high rates of birth. Disputing the report that world population will reach to 10.1 billion in 2100, Indian economist Sanjeev Sanyal claims that birth rates worldwide will fall below replacement rates in the 2020s. According to his projections, population growth will be only sustained till the 2040s by rising longevity, but will peak below 9 billion by 2050. (Wikipedia).

This Article is one of the Chapters from the book entitled MUSLIM SOCIETIES – RISE & FALL -Revival Efforts by Dr. M. I.H. Farooqi, 2nd Ed. 2020)