Muslim Cosmopolitanism In The Age Of Empire

Seema Alavi's narrative is about the little known stories of five Islamic men of learning who played key roles in the 1857 rebellion against the British, fled India and made their way to west Asia, notes Dr Asiya Alam

Book: Muslim Cosmopolitanism in the Age of Empire 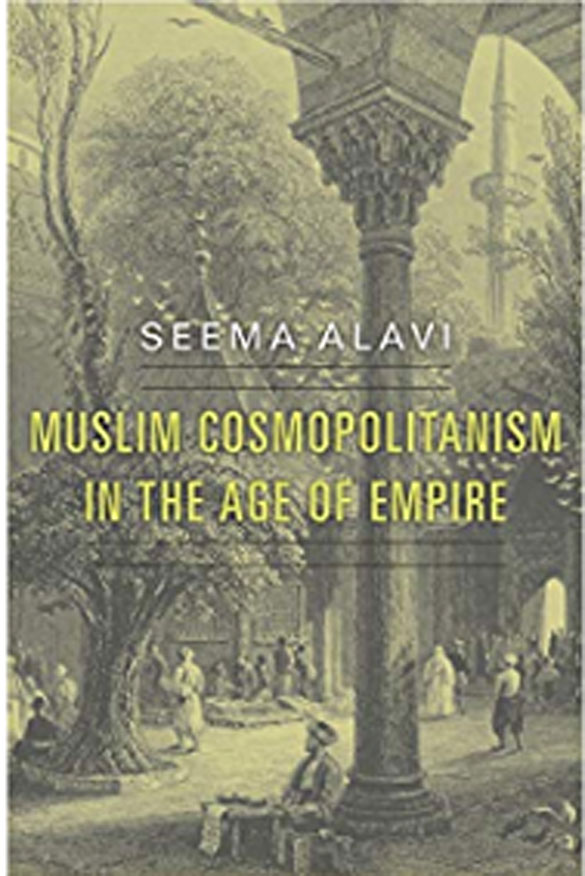 In Muslim Cosmopolitanism in the Age of Empire, Seema Alavi makes an admirable and successful attempt to rethink some key assumptions of South Asian and global history. Specifically, the book inserts into history five important Muslim men of religion, including Sayyid Fadl, Rahmatullah Kairanwi, Haji Imdadullah Makki, Nawab Siddiq Hasan Khan and Maulana Jafer Thanesri, who were hounded by the British government for their role in 1857 and fled India to seek their fortunes in different cities of the Ottoman Empire.

Alavi's broader aim is to challenge the paradigms of empire-based, global history. The "contours of global history need to be redrawn at the porous intersection of the British and Ottoman Empires" she argues. By focusing on Indian Muslims instead of Britons as key players, she offers new insights into the understanding of imperialism. Located at the cusp of British and Ottoman empires, these men became significant actors in trans-Asia politics of the 19th century involving the British, Arab polities, Ottomans and the Russian Empire.

Alavi skilfully demonstrates how Mughal pathways of trade and Sufi networks along with later British and Ottoman imperial connections and technological innovations in print, communications and shipping enabled these men to flee in the aftermath of 1857 and travel across the Indian Ocean.

To contextualise the lives of these five men, Alavi hypothesizes the emergence of a 'Muslim cosmopolis' in the 19th century, characterized by an intellectual sensibility as well as global networks that allowed these men to navigate imperial boundaries. The cosmopolitan sensibility constituted the eclecticism and compromised of Delhi Naqshbandi Sufi Shah Waliullah reflecting the social diversity of India; proficiency in Arabic, Persian and Urdu that aided these men to access both Indo-Persian society and Middle Eastern Arabic world; and support for Ottoman reforms that advocated ideas of science, reason and rationality. Alavi writes that the Muslim cosmopolis provided a 'perfect global canvas' for Ottoman Caliph Abd-al Hamid II to execute his reforms. Muslim emigres, in turn, brought back their cosmopolitanism to India, creating global interconnectedness between Middle-Eastern and South Asian societies.

Alavi also adds new discoveries to South Asian history. The multilingualism of these religious scholars isn't accidental but an outcome of the Arabicist cultural and intellectual grid that emerged in South Asia in the late 18th and early 19th century. Exemplified by Shah Waliullah, Alavi argues it was based on compromise between the "more liberal Sufi saint Ibn-i Arabi and the conservative Naqshbandi Sufi sheikh Ahmad Sirhindi" which "produced an India-specific Arabic tradition with its stress on the individual, scriptures and social leveling" so that "religious knowledge was slowly disembodied from its hitherto inaccessible encasings: the person of the king, the body of the Sufi saint and single-copy Persian manuscripts". Alavi attributes this gradual transition to the larger Mughal crisis, its disintegration in the late 18th century.

After laying out this rich, historical backdrop, Alavi foregrounds the individual, devoting a separate chapter to each of the five men, who have their own brand of Muslim cosmopolitanism. The life of Sayyid Fadl highlights the large presence of Arabs — immigrant and Deccan born — in Hyderabad, and signifies ethnic ambiguity and territorial connections of the 'Indian Arab', a category coined by the British. Rahmatullah Kairanwi's life suggests a concern with cosmopolitan education. He started a madrasa in Mecca to combine religious and scientific learning offering a critique of the intellectual environment of the Hijaz that would later become a model for the Deoband seminary.

Haji Imdadullah Makki's career suggests a vibrant culture of Muslim cosmopolitanism in Mecca, blending different Sufi orders, Naqshbandi reformism and a middle ground on religious issues. Nawab Siddiq Hasan Khan was based in Bhopal and his political career and publications indicate his use of imperial networks and print technologies to further his ideas and connections with the Ottoman world.

Finally, Maulana Jafer Thanesri's writings highlight a notion of 'mulk' or 'felt community' and his ideas of 'Hind' produced a proto-nationalist critique of British discrimination. In each of these lives, Alavi questions a pan-Islamic approach and repeatedly shows that they weren't only motivated by religion but operated within imperial rivalries and opportunistically pushed their careers, ambitions and desires.

This excellent book subverts dominant frameworks of our past and should be necessary reading for anyone interested in South Asian and global history.