Arabs in the jihadist Woodstock

The Arabs at War in Afghanistan 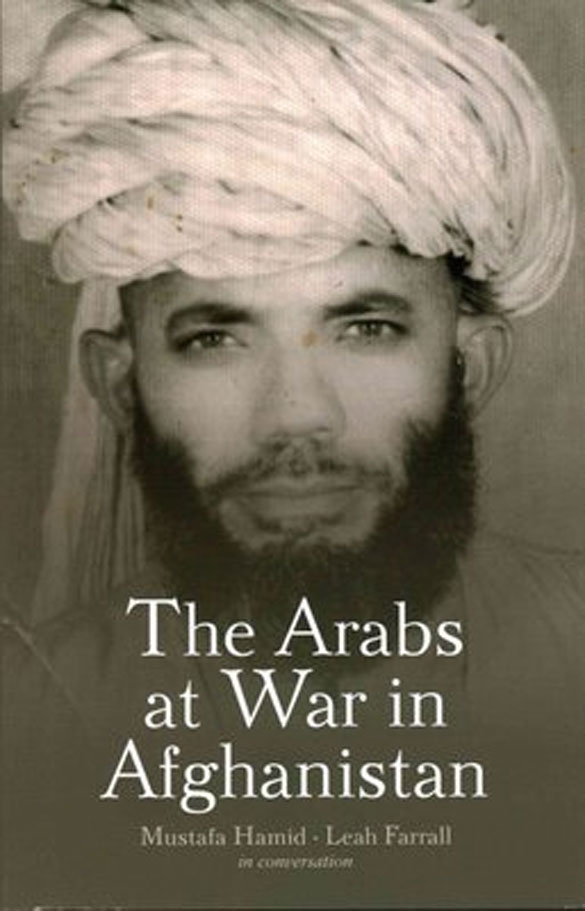 Pakistan released a list of banned terrorist and sectarian organisations a few days ago. The first group listed is the 313 Brigade. One is not sure how active that al Qaeda-affiliated group is currently but the recent book by an al Qaeda fellow traveller, Mustafa Hamid aka Abu Walid al-Masri, and an Australian counterterrorism expert-turned-academic, Dr Leah Farrall, tracks the origins of the 313 Brigade all the way to the al-Badr jihadist training camp outside Peshawar. The Arabs at War in Afghanistan is a complex but fascinating read about transnational jihadists, especially the Arabs, who descended upon Afghanistan to fight against the Soviet Union in the 1980s and then stayed on and morphed ideologically and organisationally into assorted jihadist terrorist groups, some of which became the antecedents of today’s Salafi jihadists a la Islamic State (IS). The book is certainly unique in that a dialogue between a former terrorist hunter and the hunted resulted in a collaboration culminating in publishing this volume without either one conceding their worldview. The book is formatted as a conversational exchange, with the two authors commenting on each other’s remarks, which, despite giving the 12-chapter work a cluttered feel, keeps their respective views discernable.

Mustafa Hamid remained a confidant of Osama bin Laden to the extent that, as he notes, the al Qaeda leader offered his allegiance to the Taliban amir (chief), Mullah Omar, through him but he does not categorise himself as a card-carrying al Qaeda man. He boasts about being the first Arab-Afghan — a term that gained currency among both the jihadists and analysts in the late 1980s — to have personally pledged allegiance to Mullah Omar. Hamid claims to have written two memos that formed the basis of founding, in October 1984 by Abdullah Azzam, Abdur-Rab Rasool Sayyaf and Osama bin Laden, the Peshawar-based Maktab al-Khidmat (service centre). Abdullah Azam, a Palestinian jihadist ideologue who had been teaching at the Islamic University in Islamabad right before that and continued to do so afterwards, ran the Maktab al-Khidmat as its amir, with funding from bin Laden and logistical support from Sayyaf. According to Mustafa Hamid, he wrote a document about establishing a military training camp catering to the Arab jihadists, arms manufacturing unit, robust media wing and social services, which “(Jalaluddin) Haqqani took to the Hajj and it reached Azzam and Abu Abdullah (i.e. Osama bin Laden). They agreed on it and then they took it to Sayyaf and said “this is our project”. Prior to the al-Khidmat centre becoming functional, Arab jihadists were training with their Afghan and Pakistani cohorts in Camp al-Badr, Pabbi, located a stone’s throw outside Peshawar. Al Qaeda’s military chief, Mohammed Atif aka Abu Hafs al-Masri, was an alumnus of Camp Badr, which also gave the 313 Brigade its name (a total of 313 warriors are said to have participated in the seventhg century Battle of Badr under Prophet Muhammad (PBUH)).

According to Mustafa Hamid, it was, however, the Qais camp run by Mawlawi Nasrullah Mansur of the Harkat-e-Inquilab-Islami, Afghanistan that was not only the training hub for Arab jihadists but also the Afghans who went on to become leaders and cadres in Mullah Omar’s Taliban. Qais camp was strategically located near the Lower Kurram Agency’s capital Sadda and the chief trainer there was a Pakistani army officer Major Rashid Ahmad, who according to Hamid had retired, curiously at the ripe old age of age 27! Hamid notes that alongside him two al Qaeda founders, Abu Hafs al-Masri and Abu Ubaydah al-Banjshiri, trained in guerilla warfare under Major Rashid Ahmad. The Pakistani major left a lasting impression on Mustafa Hamid who drew not just inspiration from him but drew also upon his instructor’s lectures at the Qais camp to write his dissertations proposing the formation of what eventually came to be known as al Qaeda.

The Arab-Afghans, however, wanted to run their independent training facility and, in 1986, a separate “camp was established after negotiations with Sayyaf in the area of Sadda controlled by Sayyaf”. It is well known in Kurram that various Afghan jihadists like Mawlawi Mansur, the Haqqani terrorist network founder, Jalaluddin Haqqani, and Abdur Rabb Rasul Sayyaf ran assorted camps in the Pir Qayyum, Sateen and Shahsho areas of the lower Kurram Agency. What is of concern but not the subject of this book is that, according to the locals, those same camps have continued to function even after various military operations including in the Kurram Agency. While Sayyaf has moved over to the Afghan government’s side, the Haqqanis remain firmly under their perennial patron’s thumb and are entrenched in that region. That might not be the only thing that has not changed in two decades. According to Mustafa Hamid, the 1979-1992 strategy and tactics of Pakistan’s intervention in Afghanistan ranged from setting the overall strategy to controlling weapons flow, to intervening in operations to ensure the military action of the jihadists “fitted with the requirements of Pakistan’s strategy”, to “prohibiting the ‘jihadi’ parties from dealing with the political side of the Afghan conflict to make Pakistan the sole player in this game”. It seems that the proxies may have changed since Major Rashid Ahmad and Mustafa Hamid’s era but the playbook remains remarkably the same.

Mustafa Hamid, who intriguingly also served as the Kandahar bureau chief of the Qatar-owned Al-Jazeera News, and Dr Leah Farrall’s book corroborates and compliments what is known about the four-decade-long evolution of Islamist jihadism. The primary source information by a seemingly unrepentant Mustafa Hamid, however, adds a firsthand perspective, which is at once refreshing and petrifying. The doctrinal debates, internecine bickering and sophomoric millenarian worldview of the jihadists including Osama bin Laden, gives an excellent insight into the genesis of jihadism and its much more virulent mutations as practiced by IS, with al Qaeda and others playing catch-up with them. While the Afghan-Arabs chose, for the most part, Afghanistan as their theatre of operations, it was in Pakistan where they lived large. The impunity with which these men moved around Pakistan setting up their jihadist shop was obviously not possible without a powerful nod from the powers that be. The recent resurfacing of the al Qaeda chief, Ayman al-Zawahiri, and more specifically his pledge of allegiance to the new Taliban amir, Mullah Akhtar Mansoor, suggests that more likely than not, he remains in the region, which has unfortunately been the jihadist Woodstock for 40 years. Its somewhat cumbersome flow nothwithstanding, The Arabs at War in Afghanistan is an essential addition to any jihadism-watcher’s bookshelf as they try to verify whether the jihadist Woodstock is being dismantled or not.

Dr Mohammad Taqi can be reached at mazdaki@me.com and he tweets @mazdaki