Birmingham Quran: Scientists Should Put Emphasis on the Study of the Quran 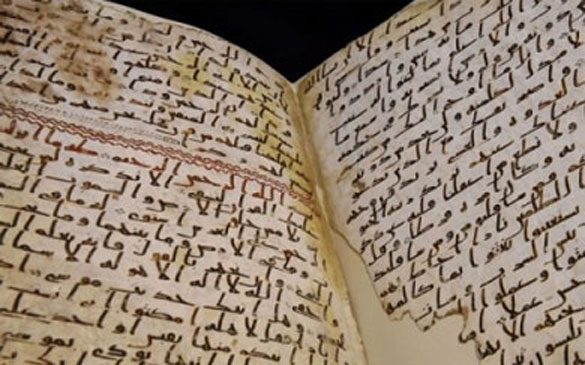 Marrakech – The following is a reader reaction to the original article “Birmingham Quran May Have Belonged to Prophet Muhammad’s Friend Abu Bakr” by Morocco World News. (Given Below)

In his article, the author addresses the issue of the discovery of an ancient copy of the Quran at the University of Birmingham last year and claims that evidence suggests that this copy of the Holy Quran may have belonged to Abu Bakr, Prophet Muhammad’s friend and one of the world’s first ever Muslims.

After stating how the manuscript is thought to have arrived in Birmingham, the author, based on the Radiocarbon testing of the manuscript, suggests that the copy of the Quran may have been written between 568 and 645 A.D., which places it 13 years after the death of Prophet Muhammad in 632 A.D.

According to this test I totally agree that this manuscript could be a portion of the oldest copy of the Quran in the world. Based on the same test and according to the Islamic history that illustrated how and when Muslims gathered the verses of the Holy Quran in one book, I may not agree with the choice of Abu Bakr as the owner of this ancient copy.

The Islamic history states that the Holy Quran gathered in one book between 644 and 656, under the rule of the caliph Othman. Abu Bakr became the first ever Muslim caliph in 632, ruling for 27 months until his death in 634 AD. This short period of ruling would not have allowed Abu Bakr to collect all the written copies of the Quran, revising and correcting them and the most important convincing the companions of the prophet of such crucial matter (having the Quran in one book).

On the other hand, if we assumed that such an early document could only have been commissioned by Abu Bakr, this does not mean that it belongs to him. After the death of Prophet Muhammad many important figures were still alive and may have been the owner of this significant and honourable document as the prophet’s wives and daughters, the three other caliphs Omar, Othman and Ali …etc.

As a university student and young Moroccan, I like how the article is represented. However this topic does need a longer and more detailed press report. Since this is related to religion, I would like the readers to consider the Muslims perspective towards their Holy Book and the big different between how Christians consider the Bible and Muslims treat the Quran.

Unlike many Christians that count holy books as books written by people inspired by God, Muslims believe that The Quran is the words of God. The verses of the Quran are memorized by millions of Muslims all around the world since the era of the prophet Mohammad till nowadays.

Unlike The Bible there is one version of the Quran inherited from generation to generation back to the prophet Mohammad. Any ancient manuscript that will be discovered will not be of any interest to the Muslim communities and will be rejected if it has a verse different of what we have in our present Holy Book.

Finally, I believe that too much emphasis has been placed on dating the manuscript while neglecting its content. Personally I would prefer that scientists ‘attention divert to the study of The Quran as a text because Muslims globally from the very beginning have never worried about the preservation of The Quran.

English in Media is a Master’s level course in Linguistics at Cadi Ayyad University. The course aims to increase students’ media literacy and awareness of media bias. It also trains students to simplify their English for better communication with non-native English speakers. Morocco World News is partnering with the students of this course to provide them with a real-life opportunity to use and show what they study.

Amine El Kounti is a 1st year Master’s student in the Linguistics and Advanced English Studies program at Cadi Ayyad University, Marrakech. This reaction is part of a class on English in Media.

© Morocco World News. All Rights Reserved. This material may not be published, rewritten or redistributed without permission.

Evidence suggests that the ancient copy of the Holy Quran that was found at the University of Birmingham earlier this year could have belonged to Abu Bakr, Prophet Muhammad’s friend.

Experts say this could be “the most important discovery ever for the Muslim world” as the Birmingham Quran (or Quran) had been lost for more than a century.

According to the BBC, the Birmingham Quran was once stored at the Mosque of Amr ibn al-As in Fustat, in Egypt and it is at least 1,370 years old.

Historian François Deroche who has studied the U.K.’s discovered Quran, is confident that the manuscript is an “exact match” of the one held at the National Library of France in Paris.

The manuscript is thought to have arrived in Birmingham after some folios were resold in the antiquities market and bought by the Assyrian Alphonse Mingana who brought them to the U.K. in the 1920s.

Radiocarbon testing of the manuscript conducted in July suggests this could be a portion of the oldest copy of the Quran in the world, written between 568 and 645 A.D., which places it 13 years after the death of Prophet Muhammad in 632 A.D.

“I believe this is the Quran of Abu Bakr,” Huwareib told BBC News.

“This version, this collection, this manuscript is the root of Islam, it’s the root of the Quran…This will be a revolution in studying Islam,” he added.

In contrast, other experts are not so sure the Birmingham Quran was written by the first caliph Abu Bakr, based on analysis of the style of the text itself.

David Thomas, Birmingham University’s professor of Christianity and Islam and Mustafa Shah, from the School of Oriental and African Studies in London, placed the found manuscript at a later date, between 644 and 656, under the rule of the caliph Uthman.

Yet, the Oxford University’s Radiocarbon Accelerator Unit, which dated the folio, is 95 percent confident of the dates revealed in their study.

Huwaireb believes this is a “priceless manuscript” and the fact that it was found in the U.K. and not in a Muslim-majority country sends a message of “mutual tolerance” among religions.

“We need to respect each other, work together, we don’t need conflict,” he stressed, according to the same source.