In debates about secularism and pluralism in India, Deoband had always taken the position that it was one of the first organizations to raise the banner of revolt against the British and for that purpose it advocated the coming together of Hindus and Muslims against the British This coming together with the ‘idolaters’ is trumpeted as a major theological watershed within the Deoband Ulema about co-existence, diversity and pluralism in India. The central text which gets cited as a proof of this theological turnaround is Husain Ahmad Madani’s Islam and Composite Nationalism which was published in 1938. This text was translated in English in 2005 by the Jamiat Ulema e Hind and released with great aplomb to argue that Indian Muslims, as epitomized by Deoband have always been believers in diversity and pluralism and that they respected the practice of secularism. This is not to under-estimate the importance Husain Ahmad Madani and his contribution to the national movement. He was the principal of the madrasa at Deoband as well as the president of Jamiat Ulema e Hind, an apex body of Islamic religious scholars primarily belonging to the Deoband school of Indian Islam. Madani is considered to be one of the most influential religious scholars of the subcontinent. Besides being affiliated to the madrasa at Deoband, he was also an advocate of the Ulema becoming the leaders of the Muslim community and played a key role in cementing the Congress–Khilafat pact during the 1920s. It is important to understand that the Khilafat movement set the path for what would endure as a pattern for Muslim participation in the nationalist movement. Through a series of lectures and pamphlets during the 1920s and ’30s, Madani prepared the ground for the cooperation of the Indian Ulema with the Indian National Congress. Finally, in 1938, a collection of his writings was published in Urdu as Muttahida Qaumiyat Aur Islam (Composite Nationalism and Islam) and was translated in English and re-published by the Jamiat Ulema e Hind in 2005. 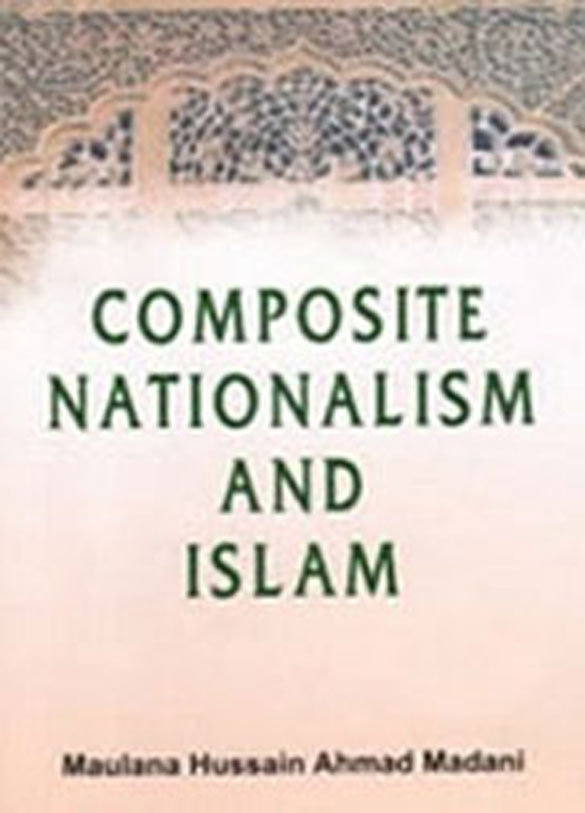 However, an interrogation of Madani’s text, Islam and Composite Nationalism, reveals a different understanding of the idea of pluralism and the text at times is deeply anti-plural which does not augur well for the plural co-existence of different religious communities. In this text, Madani makes a crucial distinction between Qaum and Millat. According to Madani, Qaum connotes a territorial multi-religious entity, while Millat refers to the cultural, social and religious unity of Muslims exclusively. It is the affinity on the basis of territory (Qaum) which becomes the source of Madani’s argument that it is religiously justified for Indian Muslims to fight alongside Hindus to overthrow the common enemy, the British. Since the Muslim presence in India went back a long time, they, together with other communities, constituted one Qaum and were consequently under obligation to fight the British. This important distinction between Qaum and Millat enabled him to not only justify cooperation with the Indian National Congress, but also to reply to his critics like Muhammad Iqbal, who were arguing against the concept of territorial nationalism. As befits an Alim (singular of Ulema), Madani justified his interpretation by recourse to early Islamic history in which Prophet Muhammad had sought a covenant with the Jews of Medina in order to fight against a common enemy: the unbelievers (Kuffar) of Mecca. Drawing a parallel to the times that obtained in that original covenant of Medina, Madani argues that it is perfectly acceptable for Indian Muslims to have a ‘pact’ with Hindus to fight against the British. Hindus and Muslims, therefore, become one ‘Qaum’. However, this ‘qaumiat’ (territorial unity) does not translate into a dialectical understanding of sharing between religious and cultural traditions. Madani is well aware of the plurality of religious and cultural traditions in India when he speaks of Muslim and non-Muslim communities living side by side in India. But for Madani, this plurality is an end in itself. In fact, he seems to be very clear that this diversity should not develop into pluralism.

In order to make this transition from plurality to pluralism, Madani would have to forgo his own notion of superiority of Islam over other religions. This he is clearly unwilling to do. Islam for him is the only true religion and it is this conviction which leads him to claim that, ‘while being aware of the truth of their (other religions’) falsehood’, Islam is ready to ‘cooperate and tolerate’ them. In other words, Madani not only disqualifies and derogates other religions as being false, he is also of the view that, ultimately, Hindustan be Islamised: that the Hindu–Muslim entente (composite nationalism) is only required till the time people of this country do not become Muslims (Jab Tak Hindustan Ke Tamam Baashinde Mussalman Nahin Ho Jate). Such a notion hardly augurs well for any kind of pluralism. Far from taking an approach of mutual understanding and dialogue, Madani speaks from a position of power which derives from his own Islamic understanding of truth and falsehood. We see in the text, therefore, a clear unwillingness to allow any kind of cultural sharing, especially between the Hindus and Muslims.

Although, Madani accepts that Muslims in India already cooperate with ‘non-Muslims’ on a number of civic and non-religious issues, his plea is that this temporal cooperation should not be confused with any kind of religious co-operation. Even the ‘compositeness’ of his nationalism is not an end in itself. In his own words, this composite nationalism is ‘temporary and special’ and is only required till the ‘light of true religion (read Islam) dispels its (India’s) darkness’. Shedding further light on his ‘special’ and ‘temporary’ concept, Madani elucidates that ‘composite nationalism is needed only till such time different communities (Aqwaam, sng. Qaum) and different religions exist in a country. When the entire nation becomes Muslim (which is the prime real aim: Jo Ki Awwaleen Maksad Hai), where is the need for it?’ It is very clear, therefore, that for Madani, even diversity, (forget pluralism) holds no merit of its own, rather its advocacy is strategically needed only for such time till Islam becomes the sole hegemonic religion of India.

Even in the interim period when Madani allows Muslims to ‘tolerate and cooperate’ with the Hindus, he makes it amply clear that the Millat is beyond compromise. The Millat is an idea which is pure and unalloyed which should not be contaminated by the touch of lesser religions such as Hinduism and Christianity. Such an understanding of Millat, apart from being orthodox, is also anti-history. Indian Islam is full of examples of sharing from other religious traditions, including Hinduism. This creative interaction has given birth to various heterodox traditions as well as numerous cultural practices which were liminal in nature. Madani, being a member of reformist tradition of Deoband, questioned many of these and collectively termed them as Bidah, and hence un-Islamic. As in any revivalist movement, an ‘authentic Islamic tradition’ was being formulated by Deoband headed by Madani, against which all indigenous Islamic traditions were to be measured. Madani’s notion of Millat comprises mainly Arabian traditions rather than Indian ones. And since this Arabian tradition can only be appreciated through the language of Arabic, only those Muslims who are well versed with this sacred language will find a place in the Millat. Therefore, his notion of Millat leaves the majority of Indian Muslims (forget the Hindus and thus the question of inter-community pluralism) outside its fold, since Arabic to them was still something to be memorized, not to be studied, understood and analyzed. Far from being something which needs to be celebrated, Madani’s Hindu–Muslim entente is devoid of any cultural sharing and mutual reflexivity. His Islam is suffused with an innate superiority complex which hardly augurs well for inter-religious understanding and dialogue. Far from taking a position on Indian pluralism, the text is itself, in its claims of defining Islamic superiority, antithetical to pluralism within Indian Muslims.

A New Age Islam Columnist, Ali Raihan is a Delhi base writer.